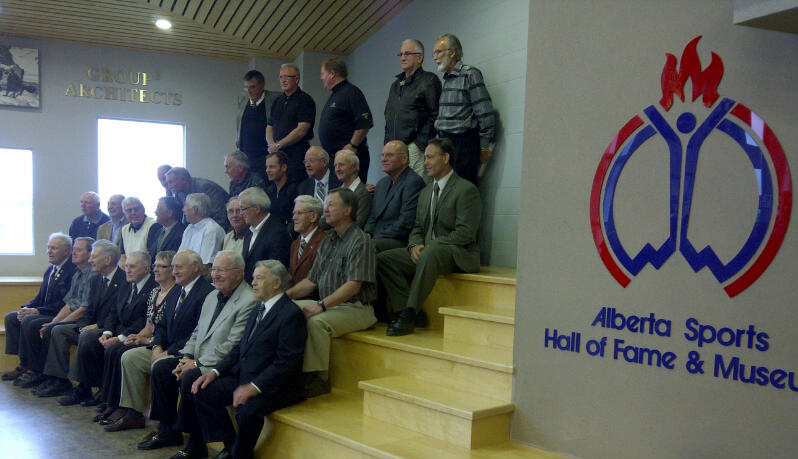 Red Deer, AB – The 1963 and 1966 Memorial Cup champion Edmonton Oil Kings will be forever immortalized in the Alberta Sports Hall of Fame and Museum, as they were officially inducted on Friday as part of the class of 2011.

The ceremony was held at the Hall of Fame in Red Deer and included the two Memorial Cup champion Oil Kings squads, as well as fellow hockey team the 1950 Edmonton Waterloo Mercurys, hockey players Val Fonteyne and Glenn Hall, and eight other athletes and builders.

The 1963 Oil Kings captured the Abbott Cup and represented the Central Alberta Hockey League at the Memorial Cup against the Ontario Hockey Association champion Niagara Falls Flyers. The seven-game championship series was held at the Edmonton Gardens, and despite losing the first game 8-0, the Oil Kings battled back and won the series 4-2.

The Oil Kings returned to compete in the Memorial Cup final in both 1964 and 1965, but they lost to the Toronto Marlboros and Niagara Falls, respectively, before returning to glory in 1966. It was their seventh straight season playing for the national title, and their opponents this year were Bobby Orr and the Oshawa Generals. The Oil Kings once again prevailed in six games, winning the series 4-2.

“This is such an honour … these kids just poured their hearts out all series,” said 1966 Oil Kings Head Coach Ray Kinasewich, who shared stories of scrimmaging for four hours after their Game 3 loss and pulling out all the stops to limit Orr. “I have never coached a bunch of kids in my life who were so attentive, and they performed well. They were all students of the game and they’re so deserving of this induction today. It’s just incredible.”