MENU
THE WESTERN HOCKEY LEAGUE HAS ANNOUNCED ITS RETURN TO PLAY PROTOCOL FOR THE 2020-21 SEASON
November 5, 2018 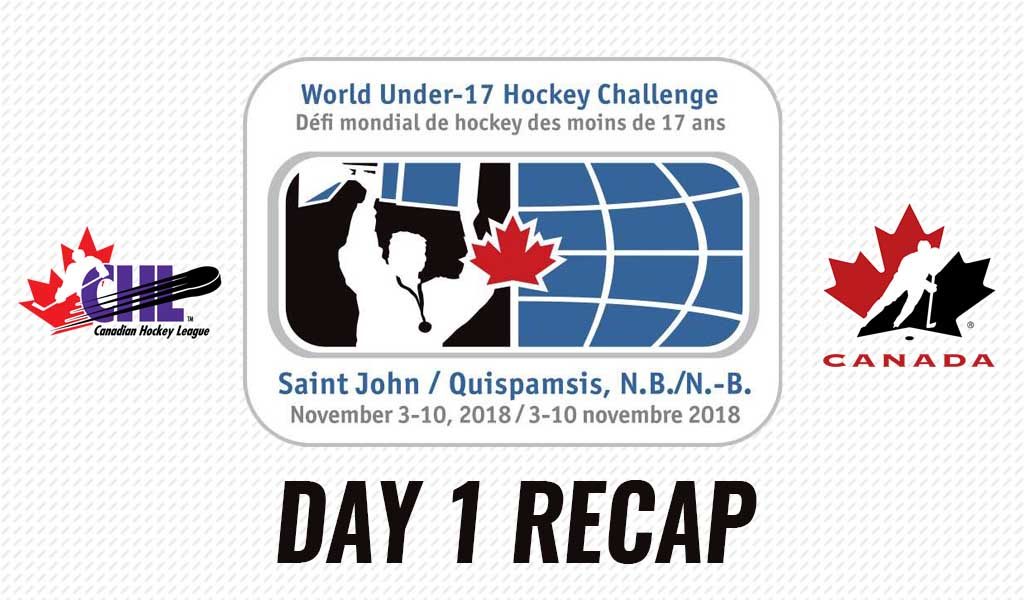 The 2018 World Under-17 Hockey Challenge got underway with two games on the schedule Saturday in Quispamsis, New Brunswick. Sweden came out on top in the opener before a matchup between Canada Red and Russia was postponed during the third period due to a power outage. Here’s a closer look at those two contests.

SWEDEN 6; FINLAND 1
Alexander Holtz scored the first goal of the tournament and would later tack on an assist as Sweden defeated their neighbours Finland by a score of 6-1 at the qplex. Swedish netminder Jesper Wallstedt was tremendous, making 47 saves as his club won despite being outshot 48-31. Erik Hedlund, William Hallen, Lucas Raymond, Zion Nybeck and Daniel Ljungman also scored for Sweden while Roby Jarventie provided the lone goal for Finland.
GAME SUMMARY

GAME OVER! Jesper Wallstedt makes 47 saves and ?? adds 4 goals in the 3rd period to finish off a 6-1 win over ??. Game stats: https://t.co/qSrQRWLjhS #WorldU17 pic.twitter.com/sKupJ0xtWP

RUSSIA 3, CANADA RED 2 (Postponed during third period)
Russia led Canada Red by a score of 3-2 in the third period before the game was postponed due to a power outage with eight minutes remaining. Seth Jarvis (Portland Winterhawks) and Payton Mount (Seattle Thunderbirds) had provided Canada goals while goaltender Dylan Garand (Kamloops Blazers) had 14 saves to his credit. Canada was outshooting Russia 28-17 as the Russians had goals from Vasili Ponomaryov, Pavel Tyutnev and Iliya Rychkov. The game will resume at 12:00pm AT on Sunday.
GAME SUMMARY

Lights out at the @Quispamsisqplex!

For news, stats and scores from the 2018 World Under-17 Hockey Challenge, visit hockeycanada.ca.