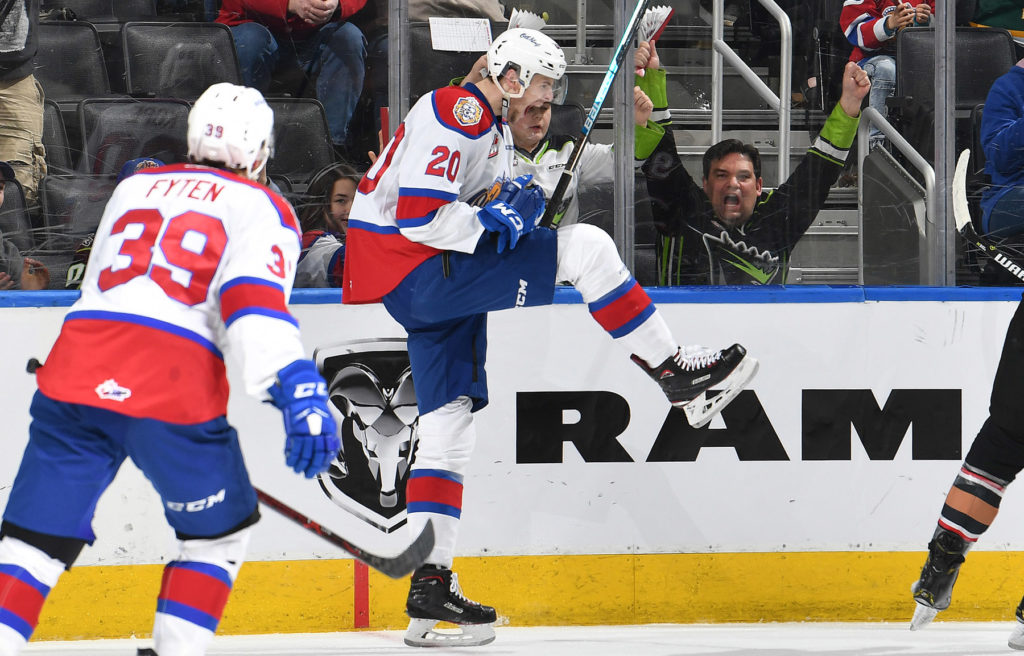 Big things are ahead for Oil Kings winger David Kope – almost as big as the 6-foot-4.5 forward himself.

The homegrown Edmonton, AB talent competed in his second full WHL season in 2018-19, tying his previous high in goals (14) and reaching new bests in assists (14) and points (28).

He played a key role on an Oil Kings team that claimed their first Central Division title in five years, and advanced all the way to the third round of the 2019 WHL Playoffs, competing in the Eastern Conference Championship.

It was a memorable season for a number of reasons, including way back in the first half of the season when he decided to test his skills on World Trick Shot Day in December. Not only was his trick shot a success, but it garnered him attention on the Edmonton Oilers Sportsnet broadcast.

While that shot may not have counted, he certainly made an impact on the scoresheet February 26 versus the Swift Current Broncos when he potted a season-high two goals and an assist in an 11-1 Oil Kings win.

With another goal by @david_kope18, your #OilKings go into the 2nd intermission up 7-1!#allhail

Kope is always ready and eager to volunteer his time interacting with fans at various events throughout the season, as well as the off-season.

#OilKings fans! Come get an autograph from David Kope and Dylan Guenther next Saturday, June 8 at the annual Locker Room Sale!#allhailhttps://t.co/aCwJBD2ogvpic.twitter.com/iRDL8BZf1g

He’s been listed on NHL Central Scouting’s Midterm and Final Rankings ahead of the NHL Draft in June, helping the Oil Kings be one of the leaders among CHL teams in terms of number of players ranked per team.

Your #OilKings have 4 players listed on the @NHLCentralScout Final Rankings for the 2019 NHL Entry Draft! #allhail#representEOK

Read all about it here: https://t.co/kcgR0jPFtdpic.twitter.com/AoDuUt72xx

The Oil Kings playoff run helped the young team gain the ever-invaluable playoff experience that is so coveted and necessary when it comes to becoming champions. Playing on a line with rookie Jake Neighbours and overager Andrew Fyten, he did his part to help the team achieve success, such as he did by scoring in Game 2 of the second round versus the Calgary Hitmen.

While the NHL Draft is certainly circled on Kope’s calendar, the most exciting thing to watch will be his entire campaign next season.