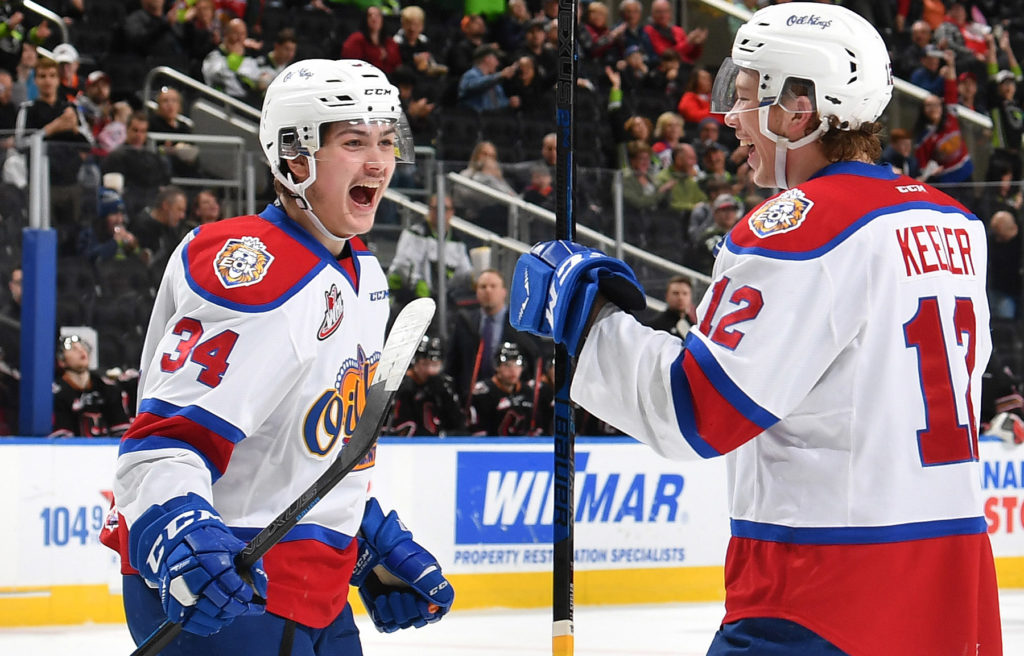 It was a whirlwind season in 2018-19 for Langley, BC native Josh Williams.

It all began before the campaign officially got underway, but it started in Edmonton nonetheless. The then-Medicine Hat Tiger was selected to represent Canada in the Hlinka Gretzky Cup which took place right here at Rogers Place, and what a tournament he had.

The 6-foot-1, 185-pound winger had a stellar offensive output, tallying at least a point in every game of the tournament except the opener – which, somewhat ironically, was a 10-0 thumping by Canada against Switzerland. He would total five goals and six points in five games played, but his biggest performance undoubtedly came in semi-final action versus the United States.

After exchanging goals throughout the game, Williams gave Canada its first lead of the night to put the team up 4-3 in the third period. His second goal of the game was the dagger, giving Canada a 6-5 overtime win and a berth in the gold medal game versus Sweden.

A nifty give-and-go between Ryan Suzuki and Josh Williams might have just sealed the deal for #Canada🇨🇦 at the #HlinkaGretzkyCup! They lead #Sweden🇸🇪 5-2 in the 3rd period.

The goal by Williams was the fifth scored by Canada in the game, and his fifth of the tournament. He would unwittingly celebrate gold along with future teammate, defenceman Matthew Robertson.

Still a member of the Tigers on December 14, he earned the first three-point game of his WHL career (2G, 1A). His first goal of the game – on the power play – tied the game, 1-1. He then registered the primary assist on a power play goal that gave Medicine Hat a 2-1 lead. Finally, he added yet another power play marker to make it a 3-1 game before they eventually tamed the Rebels, 4-1.

Less than a month later, on January 11, Williams was acquired by the Oil Kings in exchange for 2000-born forward Brett Kemp.

Would like to thank @tigershockey for all they have done for me over the last year and a half. Memories I have made will last a lifetime. That being said I’m excited to start a new chapter with the @EdmOilKings.

His first game at Rogers Place was January 13 when he earned his first point with his new Club – an assist – against the Lethbridge Hurricanes. He scored his first goal as an Oil King in the next game, January 16, in a 4-3 shootout loss against his former team, the Tigers.

The month of January was good to Williams, as he tied a season-best eight-point month (4G, 4A), which included a four-game point streak.

He also was selected to represent Team Orr in the CHL/NHL Sherwin-Williams Top Prospects Game in Red Deer, AB on January 23, along with Hlinka teammate and now Oil Kings teammate, Matthew Robertson. 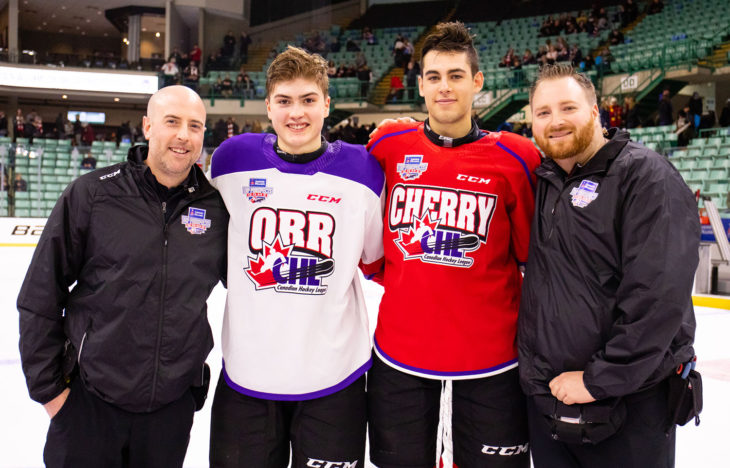 The skilled and crafty forward now shifts his focus back to his home province of British Columbia, where he hopes to hear his name called by an NHL team during the Draft in Vancouver. To be sure, it would be an unforgettable way to wrap up what was no doubt an unforgettable 2018-19 season for Williams.