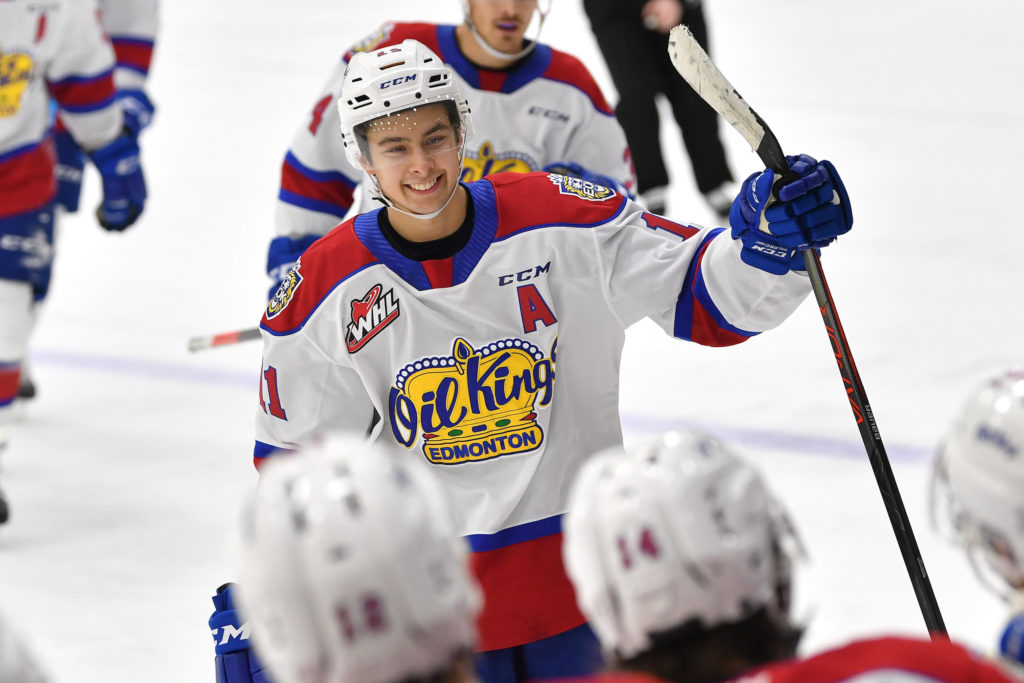 Ranked fifth amongst North American Skaters by NHL Central Scouting, Edmonton Oil Kings right-winger Dylan Guenther is expected to be the first WHL player to have his name called at the 2021 NHL Draft this weekend.

The Edmonton, Alberta product is coming off a season in which he was named the Central Division’s Player of the Year and Most Sportsmanlike Player. In just 12 games with the Oil Kings during the condensed 2020-21 WHL season, he put up 24 points (12G, 12A) to lead all players in points per-game (2.00).

Guenther became the first Oil Kings player in franchise history to capture the WHL’s Jim Pigott Trophy as the league’s rookie of the year following his freshmen campaign in 2019-20 after putting up 59 points (26G, 33A) in 58 games.

This past season he also captured a gold medal with Team Canada at the IIHF U18 World Championships in Texas where he had seven points (3G, 4A) in seven games while serving as an alternate captain.