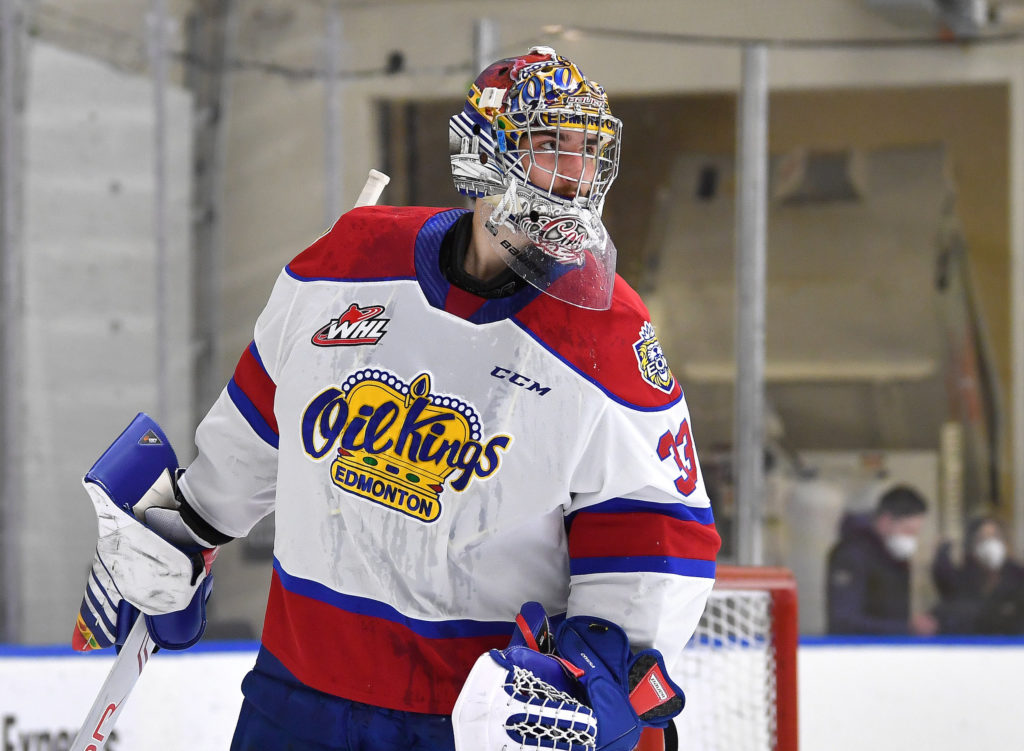 Ranked as the top North American goaltender by NHL Central Scouting, Edmonton Oil Kings netminder Sebastian Cossa is looking to become the first Oil Kings goaltender in franchise history to be selected in the first round of the NHL Draft this weekend.

The Fort McMurray, Alberta product is coming off a spectacular season that saw him named the Oil Kings team MVP and Central Division Goaltender of the Year after compiling a near-perfect record of 17-1-0-1 with a 1.57 goals against average, .941 save percentage and four shutouts. He led the WHL in goals against average, save percentage and shutouts, while finishing second in wins.

Originally a second round, 36th-overall, selection by the Oil Kings in the 2017 WHL draft, the 6-foot-6, 210-pound goaltender has compiled a career record of 38-7-2-2 with a 1.97 goals against average, .928 save percentage and eight shutouts. He sits fourth on the Oil Kings all-time wins list and third in shutouts.

In their 14-year existence, the Oil Kings have had two goalies selected in the NHL Draft; Laurent Brossoit (2011, 6th round, Calgary Flames) and Tristan Jarry (2013, 2nd round, Pittsburgh Penguins).