Baddock Signs Deal with the Devils 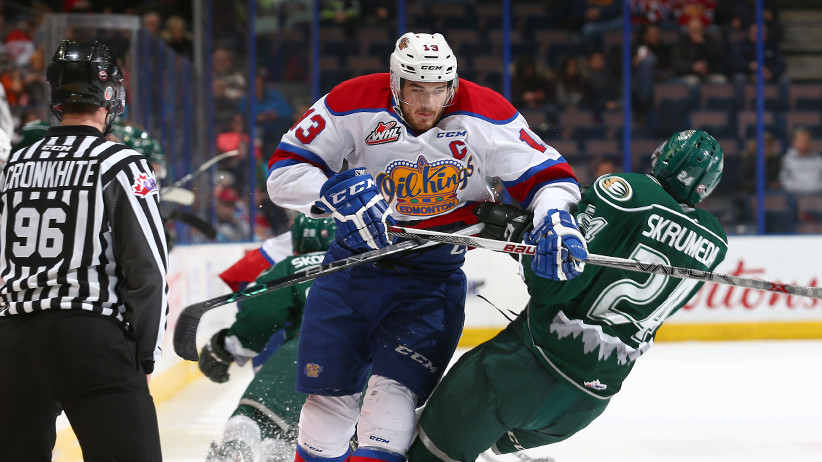 Baddock, 21, was selected by New Jersey in the sixth round, 161st overall, in the 2014 NHL Draft. He served as a captain for Edmonton this past season, scoring a career-high 22 goals to go along with 13 assists and 143 penalty minutes in 68 games.

“”I am really excited for the opportunity that I have to be part of such a great organization like the Devils,” said Baddock. “My time in Edmonton was memorable and was a huge part of my development. I am so thankful for that time although I will miss the Oil Kings I am excited for the next step.”

During the 2013-14 season, the 6’3, 215-pound Baddock helped lead the Oil Kings to a WHL Championship and capture the Memorial Cup. Over his four-year junior career, he totaled 54 goals and 49 assists for 103 points while accumulating 480 penalty minutes in 255 games.

“We’re very happy for Brandon and the Baddock family,” said Oil Kings general manager Randy Hansch. “It was special to watch Brandon enter the Oil Kings organization as a young hockey player and develop through our program ending his junior career as our captain and earning an NHL contract.”