Battle of Alberta on deck in second round of WHL Playoffs 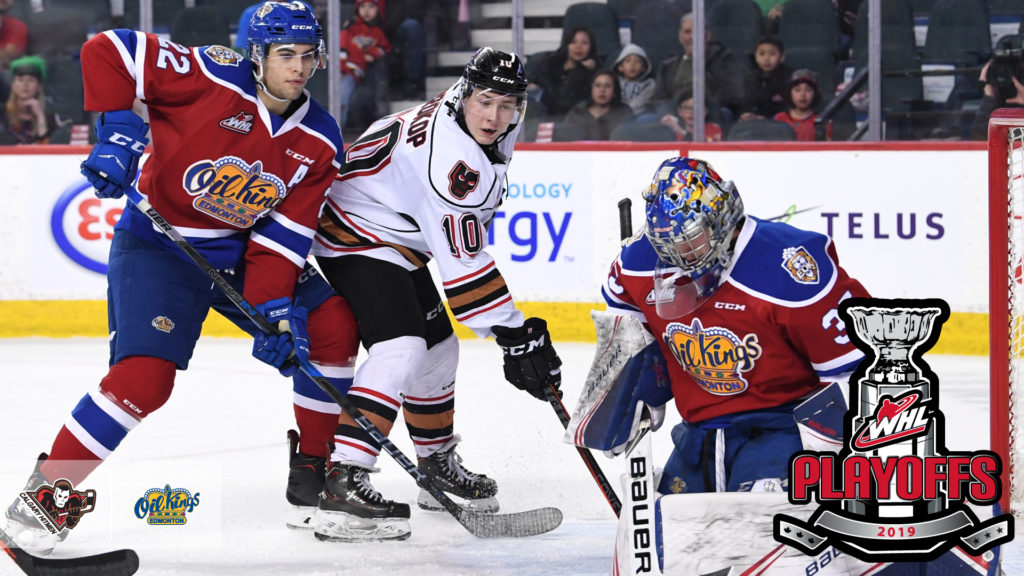 For the first time since the 2013 Eastern Conference Championship, the Battle of Alberta will take place in the Western Hockey League Playoffs.

Following their 4-2 Game 7 victory against the Lethbridge Hurricanes, the Calgary Hitmen set up a matchup against the Central Division champion Edmonton Oil Kings, which will only serve to further the rivalry between the two teams.

As the division champions, the Oil Kings enjoyed a 7-0-1-0 record against the Hitmen in the season series, though three of the eight meetings were decided by a single goal. Edmonton won the opening game of the season series on September 29, 2018 with a 6-3 result in Calgary and wrapped up the regular season with a 3-1 win on March 17, 2019.

Leading Edmonton in scoring during the season series was overage forward Vince Loschiavo. The Winnipeg, Man. product tallied 10 points (6G-4A) to lead all players in goals and points. Quinn Benjafield and Conner McDonald recorded nine and eight points respectively in the season series.

Responding for the Hitmen was captain Mark Kastelic. The 2019 NHL Draft prospect produce five goals and seven point in eight games. Jake Kryski, who has been sidelined with an upper-body injury, matched Kastelic’s totals in just four games. However, his status remains in doubt for the series ahead. Kaden Elder and Philadelphia Flyers prospect Egor Zamula also enjoyed offensive success against the Oil Kings this season.

The Oil Kings have strength in the crease for whichever option they go with. The crease appears to belong to Todd Scott for the time being as he helped close out Edmonton’s first-round series win against the Medicine Hat Tigers. However, Dylan Myskiw was sharp against the Hitmen as part of his stellar regular season, sporting a 6-0-0-0 record, 2.00 goals-against-average, and a .935 save percentage.

Calgary will counter with rookie standout Jack McNaughton, who battled hard to earn his team a series victory against the Hurricanes. He earned the team’s lone victory against Edmonton this season and will be counted upon to be one of the driving defensive forces to slow down the Oil Kings.