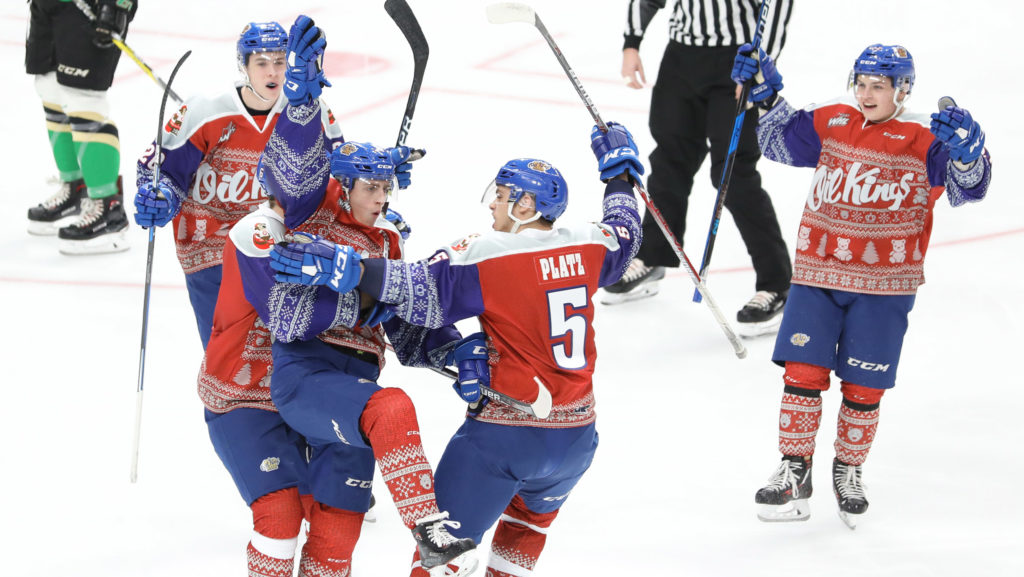 The sold-out crowd of 18,102 at Rogers Place were all too happy to chuck 14,122 bears on the ice to the tune of “Teddy Bear” from Elvis Presley as the players basked in the glory knowing that thousands of children were going to wake up Christmas morning with a special present thanks to the Oil Kings, The Brick, 630 CHED Santas Anonymous and the most amazing community and fans around.

Brett Kemp also tallied to make it 2-1, Koch had another and Kobe Mohr scored into the empty net as the Oil Kings snapped a 12-game losing skid with a convincing 4-1 win.

After Jordy Stallard scored to tie the game 1-1, the Oil Kings allowed the veteran to get a breakaway seconds later, but Travis Child kicked out the right leg and stopped the puck with his skate.

Davis Koch’s second goal of the game in the final minutes of period two put Edmonton up 3-1 and they would add an empty netter to seal the deal.

Without question, the Davis Koch goal that made it rain bears at Rogers Place.

PLAYER OF THE GAME:

The Teddy Bear Toss man himself, Davis Koch, not only scored the opening goal 67 seconds in, but also scored the insurance goal of the game.

UNSUNG HERO OF THE GAME: