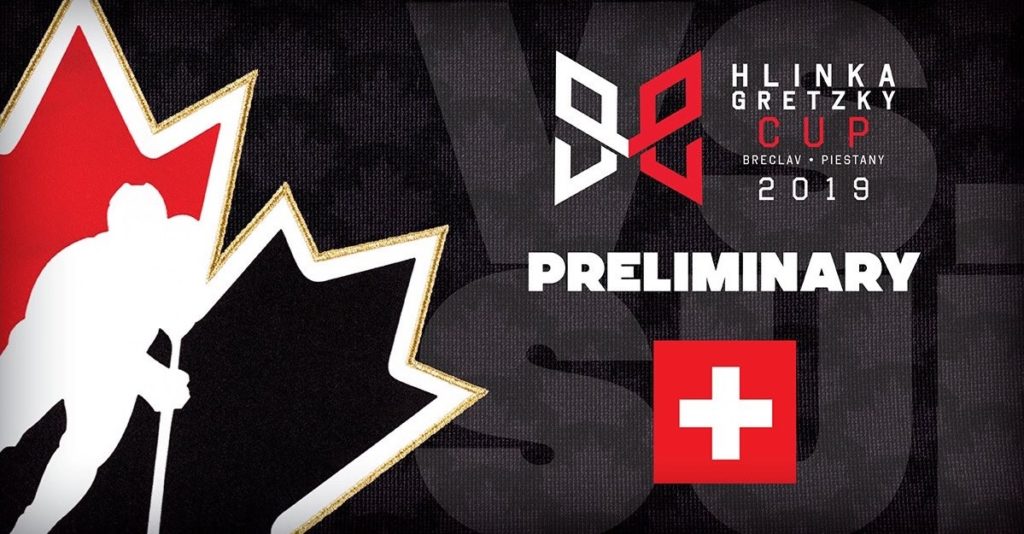 Canada scored three goals in the opening period, added three in the second, and two more in the third to earn an 8-0 victory on Tuesday at the 2019 Hlinka Gretzky Cup.

Shots on goal were tilted heavily in Canada’s favour, as the reigning champions outshot the Swiss 14-1 through 20 minutes, 21-5 in the middle frame and 13-2 in the final 20 minutes for a game total of 48-8.

Check out the Canadian line-up…

Canada has yet to surrender a goal in the tournament, finishing their second game of the preliminary round with a goals for/against of 14-0.

GAME OVER! @ColePerfetti91 and @Lapiz92 each pot 2G and 1A, and @DylanGarand31 picks up the shutout in a 8-0 win for 🇨🇦 over 🇨🇭. #HlinkaGretzkyCup

Next up for Canada is a meeting with the Czech Republic on Wednesday, August 7 at 11:00 AM MT. Games will be aired on TSN. Check TSN.ca for scheduling details.