MENU
THE WESTERN HOCKEY LEAGUE HAS ANNOUNCED ITS RETURN TO PLAY PROTOCOL FOR THE 2020-21 SEASON
November 5, 2019 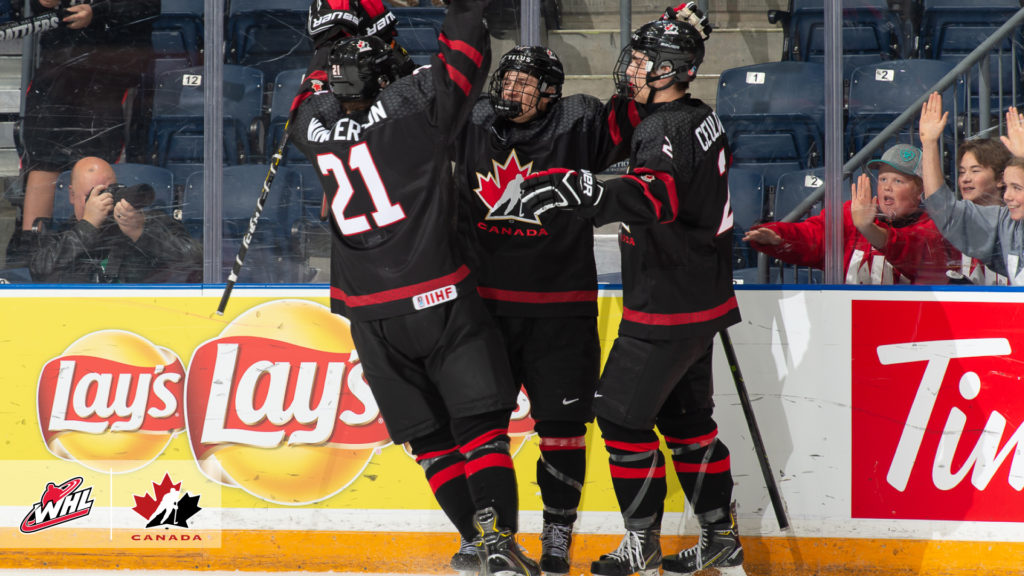 A busy Monday of action at the 2019 World Under-17 Hockey Challenge in Medicine Hat, AB and Swift Current, SK saw Canada Black claim a shootout victory as the only win of the day for the red and white. In the lone non-Canada game of the day, Finland defeated Russia 5-4 in the shootout.

In Medicine Hat, Canada Black scored in the fifth round of the shootout to lift their team to a 5-4 victory against the Czech Republic.

The visiting Czech squad jumped out to a 2-1 lead after 20 minutes and maintained that one-goal advantage heading to the third.

Canada would find enough time to strike in the final period though, scoring twice to work their way back into the game before completing the comeback in extra time.

In Swift Current, Sweden doubled up Canada Red by a 4-2 final.

Goals came in bunches for both sides. After a scoreless first period, Sweden opened a 2-0 advantage in the second period before Canada tied up the game heading to the third.

In the final period, a late power-play goal and an empty-net goal lit the lamp twice late for Sweden.

In Medicine Hat, Canada couldn’t overcome a 3-1 deficit after 20 minutes, falling by a 6-4 final to the United States.

With a pair of wins in extra time, Canada Black sits second place in Group A with four points. Canada White ranks third in the same group with one regulation loss and one loss in extra time.

Wednesday will see the final day of round-robin play at the 2019 World Under-17 Hockey Challenge, with Canada serving as the home team for all three games.

In Medicine Hat, Canada Black will play host to the United States at 3:00 p.m. MT with Canada White hosting the Czech Republic at 7:00 p.m. MT.

In Swift Current, Canada Red will host Finland to close out pool play for them.

Thursday will see the eight teams compete in four quarter-final match-ups with spots in Friday’s semi-finals on the line.