MENU
THE WESTERN HOCKEY LEAGUE HAS ANNOUNCED ITS RETURN TO PLAY PROTOCOL FOR THE 2020-21 SEASON
December 30, 2018 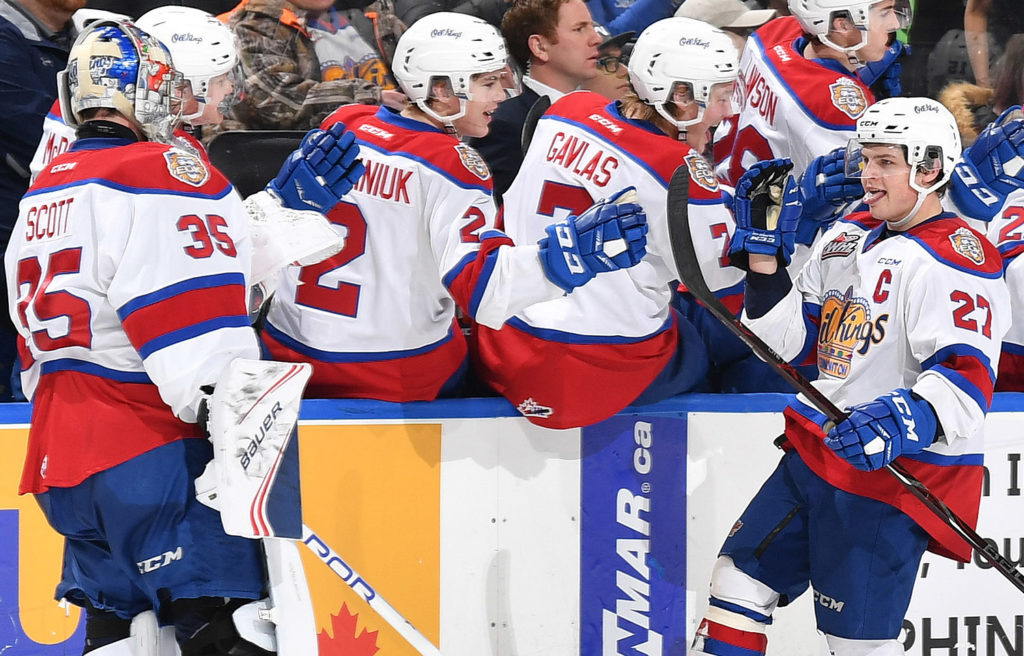 Trey Fix-Wolansky scored twice in the third period and assisted on Vince Loschiavo’s game winning goal to propel the Oil Kings (20-12-4-3) to a 5-4, come-from-behind victory over the Red Deer Rebels (21-12-2-0) in front of 6,452 fans at Rogers Place on Sunday night.

The Oil Kings erased a pair of two-goal deficits as they trailed 3-1 in the second period and 4-2 in the third before Fix-Wolansky’s pair of goals tied the game and Loschiavo’s winner gave Edmonton a pair of points over their divisional foes.

The win gives the Oil Kings five of a possible six points during their three-in-three weekend, and at least a point in nine of their last ten games (6-1-2-1). They have reclaimed the Central Division lead with 47 points, leading both the Rebels (44) and Lethbridge Hurricanes (44) by three points.

Jake Neighbours opened the scoring early for the Oil Kings, giving the hosts a 1-0 lead on a shot from the face-off dot. His eighth of the season, from Carter Souch and Logan Dowhaniuk, came just 2:21 into the first period. 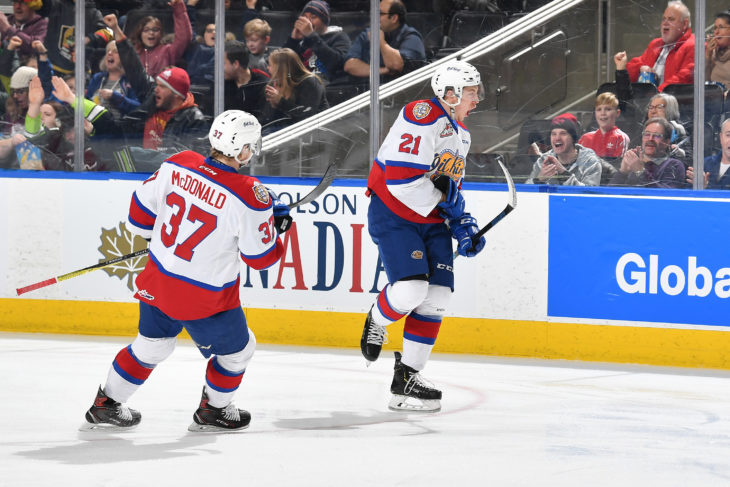 It was the lone goal of the opening frame, which saw the Oil Kings outshoot the Rebels, 14-10.

The second period was a different story in terms of who controlled the play, as Red Deer got themselves on the board via Oleg Zaytsev’s sixth of the season, from Zak Smith and Ryan Gottfried at 9:24.

Just over three minutes later Dawson Barteau gave the Rebels a 2-1 lead from Reece Johnson and Cameron Hausinger at 12:31, before Johnson capitalized on a power play to give the visitors a two-goal lead, 3-1, at 16:01.

Andrei Pavlenko clawed the Oil Kings back to within one, 3-2, with his seventh of the season and second goal in as many games, from Ethan Cap and Loschiavo at 2:25 of the third.

But again, the Rebels restored their two-goal lead as Johnson scored his second of the game to make it 4-2 Red Deer just 55 seconds later at 3:20.

Fix-Wolansky’s first of the game and 22nd of the season came at 4:52, from Souch and Liam Keeler, to make it 4-3 Red Deer, then exactly four minutes later he tied the game, 4-4, from Cap and Keeler to the delight of the Oil Kings faithful.

Penalty trouble was the nail in the coffin for the Rebels, as Jeff de Wit took a double-minor for high sticking and Zaytsev was called for interference on the same play.

The Oil Kings regained their first lead since the first period with the 5-on-3 man advantage as Loschiavo notched his 17th of the season and fifth game winner of the year to give Edmonton the 5-4 lead and eventual win, assisted by Andrew Fyten and Fix-Wolansky. 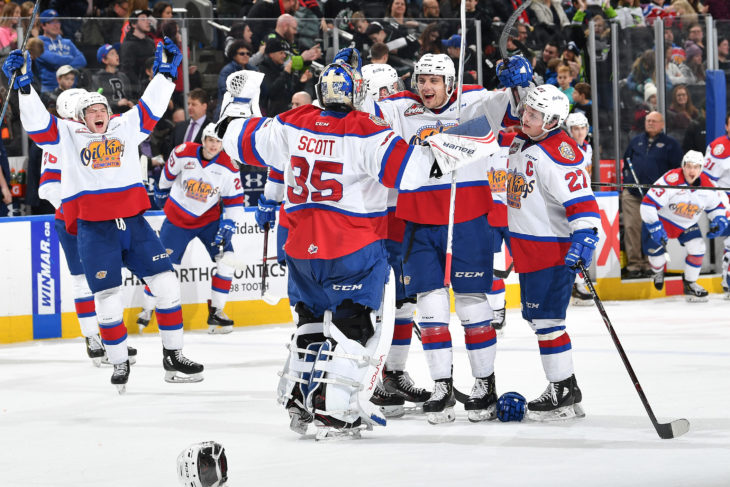 Red Deer was 1-for-6 on the power play while Edmonton finished the night going 1-for-4 with the man advantage.

The Oil Kings drop the puck on 2019 by hosting the Vancouver Giants on Tuesday, January 1 at 2:00 PM MT. Fans are invited to stay in their seats after the final buzzer to enjoy a post-game fireworks show at Rogers Place.