Conner McDonald named McSweeney’s Player of the Month for December 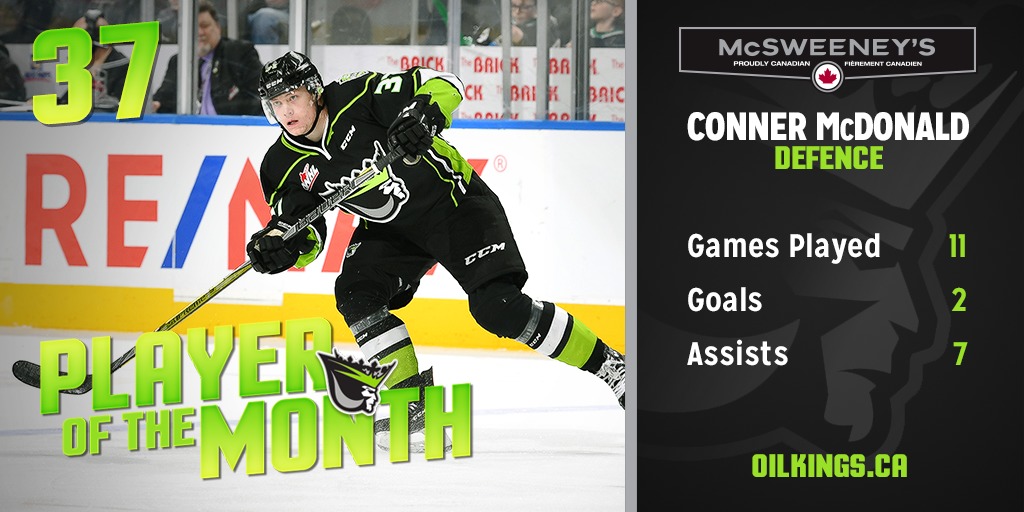 Edmonton Oil Kings defenceman Conner McDonald has been named the McSweeney’s Player of the Month for December.

The 19-year-old native of Delta, BC picked up points in six of 11 games in December, registering two goals and seven assists for nine points.

He tallied a pair of multi-point games, including his first three-point game of the season (1G, 2A) on December 12 vs. the Prince Albert Raiders.

The Oil Kings are back in action on Friday, January 4 when they take on the Victoria Royals at 7:00 PM MT. Tickets to all Oil Kings games start as low as $20.