MENU
THE WESTERN HOCKEY LEAGUE HAS ANNOUNCED ITS RETURN TO PLAY PROTOCOL FOR THE 2020-21 SEASON
November 26, 2019 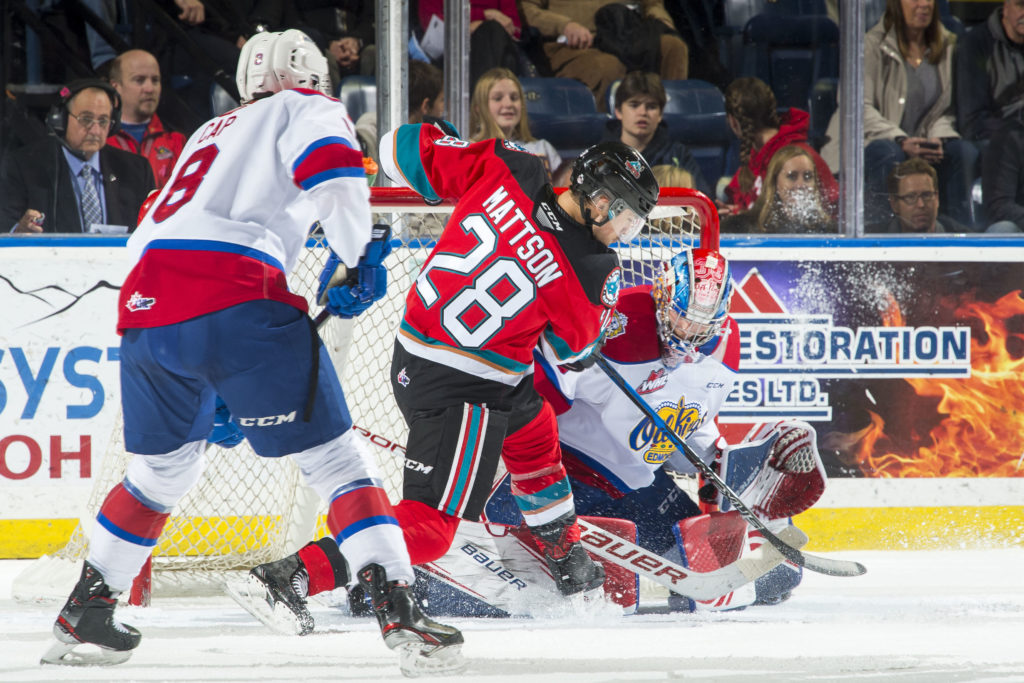 Forget lead changes and highlight reel goals, Tuesday night was a night for the goaltenders – and what a show they put on.

Both Sebastian Cossa and Roman Basran were flawless through regulation and overtime to earn themselves shutouts, but it was Cossa who remained unblemished in the shootout to lead the Edmonton Oil Kings (15-5-4-2) to a 1-0 win over the Kelowna Rockets (13-8-1-2) in front of 4,627 fans at Prospera Place.

It was the second shutout of the season – and his WHL career – for Cossa (7-2-0-1), who turned aside all 21 shots he faced; eight in the 1st, six in the 2nd, six in the 3rd and one in overtime, along with both breakaways in the shootout.

Also impressive was his counterpart Roman Basran (10-5-1-2), who made 27 saves in his second shootout loss of the campaign.

Penalties echoed that of a pendulum’s swing, while those waiting for offence could say the same as time slowly passed. After taking the first three penalties of the game, the Oil Kings then earned the next three power play opportunities before picking up the final two-minute minor in the third.

Kelowna was 0-for-4 on the power play, while Edmonton was 0-for-3 with the man advantage.

In the shootout the Rockets shot first, with Mark Liwiski (X), Nolan Foote (X) and Leif Mattson (X) were all denied by Cossa.

Dylan Guenther (Goal) and Liam Keeler (X) went to the line for the Oil Kings.

The Oil Kings finish their five-game road trip through BC when they face the Kamloops Blazers tomorrow night, Wednesday, November 27 at 8:00 PM MT.