MENU
THE WESTERN HOCKEY LEAGUE HAS ANNOUNCED ITS RETURN TO PLAY PROTOCOL FOR THE 2020-21 SEASON
December 16, 2019 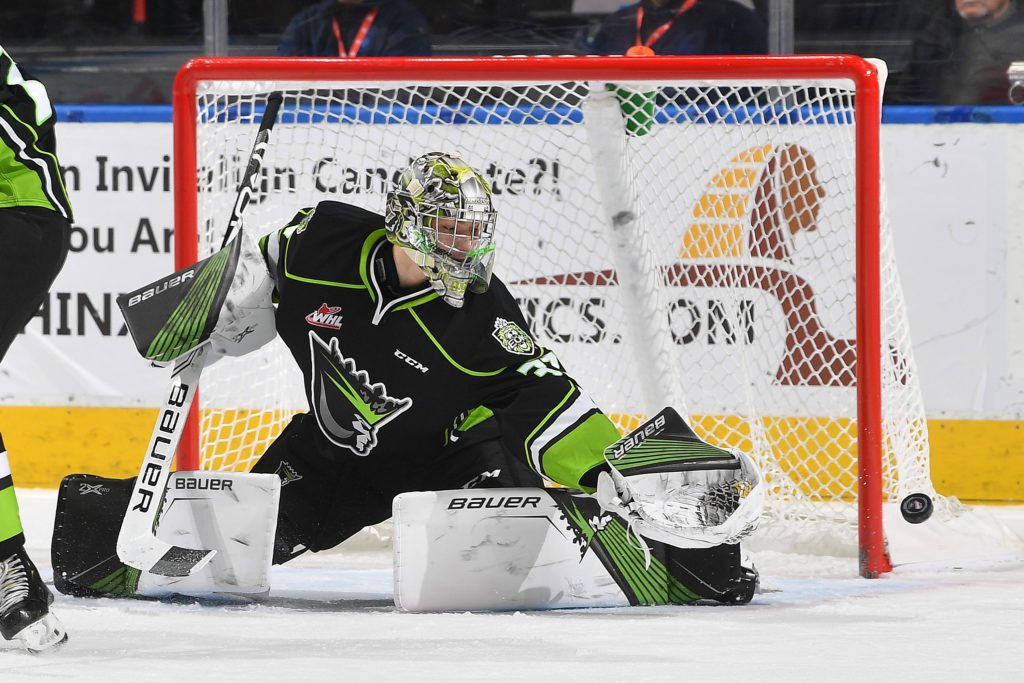 After appearing briefly in Wednesday’s 3-1 win against the Swift Current Broncos, Cossa helped the Oil Kings complete a sweep of a two-game set against the divisional opponent with a 25-save performance in a 5-1 win. Cossa stopped 12 shots in the first, three in the second, and 10 in the third to earn the victory.

Heading onto the road Saturday, Cossa stood tall against another divisional opponent, stopping 28 of 29 shots in a 7-1 win over the Medicine Hat Tigers. Cossa stopped seven of eight shots in the first period, then stopped all 21 shots through the final 40 minutes to earn the victory. During the two full games, opposing power plays went a combined 0-for-8 on the power play.

Having played their final game before the WHL’s holiday break, Cossa and the Oil Kings will return to action on Friday, December 27 (7:00 p.m. MT) when they being a home-and-home series against the Red Deer Rebels at Westerner Park Centrium.