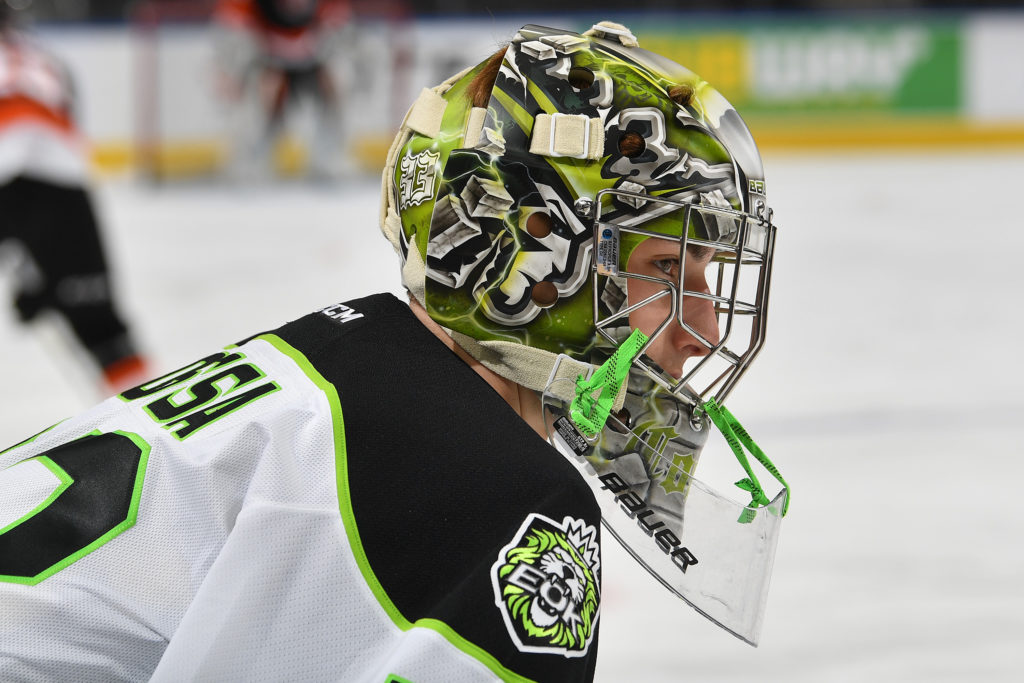 And one franchise record to boot.

The shutout gave Cossa the new record for shutouts (4) by a rookie in Oil Kings modern franchise history, passing Tyler Santos (3) who set the previous mark in the 2013-14 season.

Cossa wasn’t the only Oil King to make a big impression on the game, as Ethan McIndoe tallied a three-point night with a goal and two assists, and David Kope posted a trio of helpers in the victory. Liam Keeler (1G, 1A), Dylan Guenther, Vladimir Alistrov, and Matthew Robertson were the other goal scorers for Edmonton, who started their three-game road trip in winning fashion.

The Oil Kings etched the scoresheet with the first shot of the game, coming off the stick of McIndoe with his 14th of the season, assisted by Keeler, at the 5:24 mark of the opening frame.

Near the midway point of the period the Oil Kings made it 2-0, but not until a brief review by the officials. McIndoe drove the puck deep into the zone and shoveled it towards the net where Keeler buried his 12th of the season, with the secondary assist to Kope, at 10:06.

The Oil Kings took that 2-0 lead into the first intermission while leading in shots on goal, 10-6.

In the second, Guenther inched closer to tying Trey Fix-Wolansky’s record of goals scored by a rookie (24, 2016-17) with his 22nd of the season, finishing off a give-and-go with Riley Sawchuk to extend the lead to 3-0, with Jake Neighbours earning the extra helper.

Just over three minutes later, with the visitors on the power play, Edmonton capitalized as Alistrov notched his 16th of the campaign, from Carter Souch and Kope, spreading the edge to 4-0 at 8:49 and leading to the exit of Hughes from the ICE goal before rounding out second period scoring.

The lone goal in the third came on a delayed penalty to Winnipeg, as McIndoe darted into the offensive zone before finding a pinching Robertson who collected his 13th of the season at the 9:00 mark of the final frame, with Kope earning his second assist of the night.

Final shots on goal were 33-27, Edmonton, including a 12-7 spread for the Oil Kings in the third period.

Winnipeg was 0-for-2 on the power play, while Edmonton was 1-for-3 with the man advantage.

The Oil Kings continue their three-game road trip when they face the Brandon Wheat Kings on Friday, February 21 at 6:30 PM MT, followed by the finale against the Regina Pats on Saturday, February 22 at 6:00 PM MT.