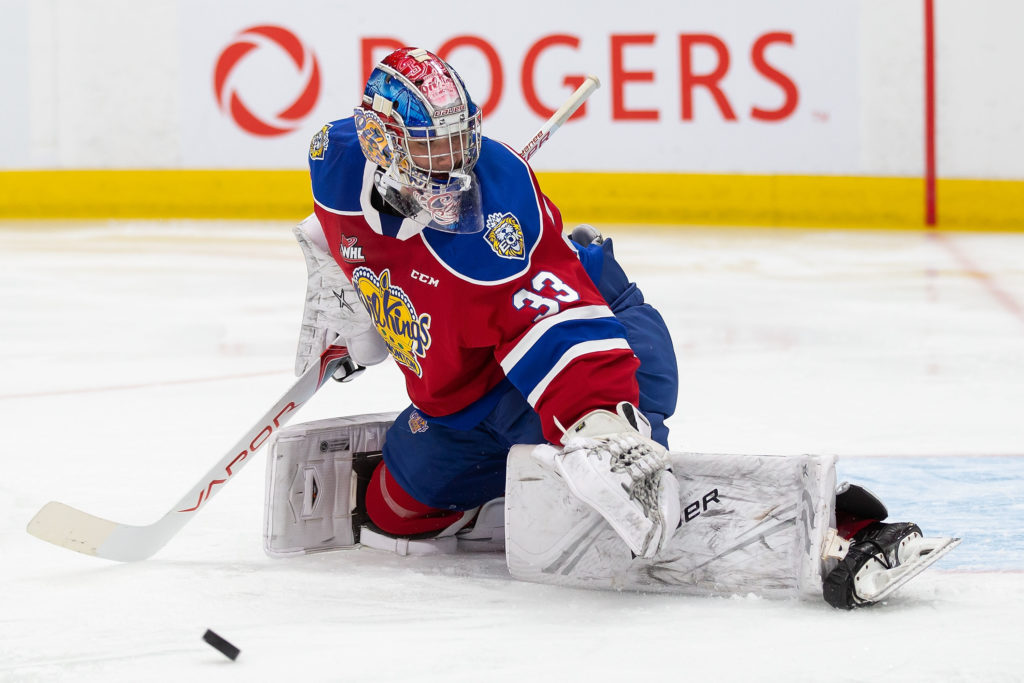 The Edmonton Oil Kings are back from the holiday break, and just like that they’re back in the WHL’s win column.

Although separated by 34 points in the standings entering the night’s action, the win didn’t come easy for the Oil Kings (23-6-5-2) who were met by a tenacious effort by their division rival Rebels (12-18-0-3).

Trailing 1-0 after one period of play and 2-0 after two, the Rebels etched the scoresheet in the third period to climb to within one, but the stellar play of Sebastian helped secure the win for the visitors and, in turn, earn the game’s First Star.

Byron Fancy (7-8-0-1) surrendered a pair of goals but made 33 saves, earning himself Second Star of the night.

David Kope and Jalen Luypen were the goal scorers for Edmonton, who clash with Red Deer again tomorrow night to wrap up a home-and-home.

The Oil Kings opened the scoring with a shot from the right point by Matthew Robertson, which was tipped in front by Kope for his 11th of the campaign at 7:34 of the first period, with Scott Atkinson picking up the second assist.

It was the lone goal of the first 20 minutes of play, which saw the Oil Kings outshoot the Rebels, 12-8.

In the second, Luypen made it 2-0 Oil Kings with his seventh of the season, firing a low wrister from the top of the right circle that slid five-hole past Fancy at 11:11, with Vladimir Alistrov and Tyler Horstmann earning the helpers.

Again, there was just one goal scored in the frame, which saw Edmonton outshoot Red Deer, 14-10, for a two-period total of 26-18, Oil Kings.

The Rebels managed to get on the board in the third, spoiling the shutout bid of Cossa at 7:12, but it was as close as the home team would come to closing the gap.

Final shots on goal were 35-31 Edmonton after Red Deer tipped the scales in their favour, 13-9, in the last 20 minutes of play.

Red Deer was 0-for-3 on the power play, while Edmonton was 0-for-2 with the man advantage.

The Oil Kings and Rebels meet again in short order when they face-off tomorrow, Saturday, December 28 at 7:00 PM MT at Rogers Place.