MENU
THE WESTERN HOCKEY LEAGUE HAS ANNOUNCED ITS RETURN TO PLAY PROTOCOL FOR THE 2020-21 SEASON
October 13, 2019 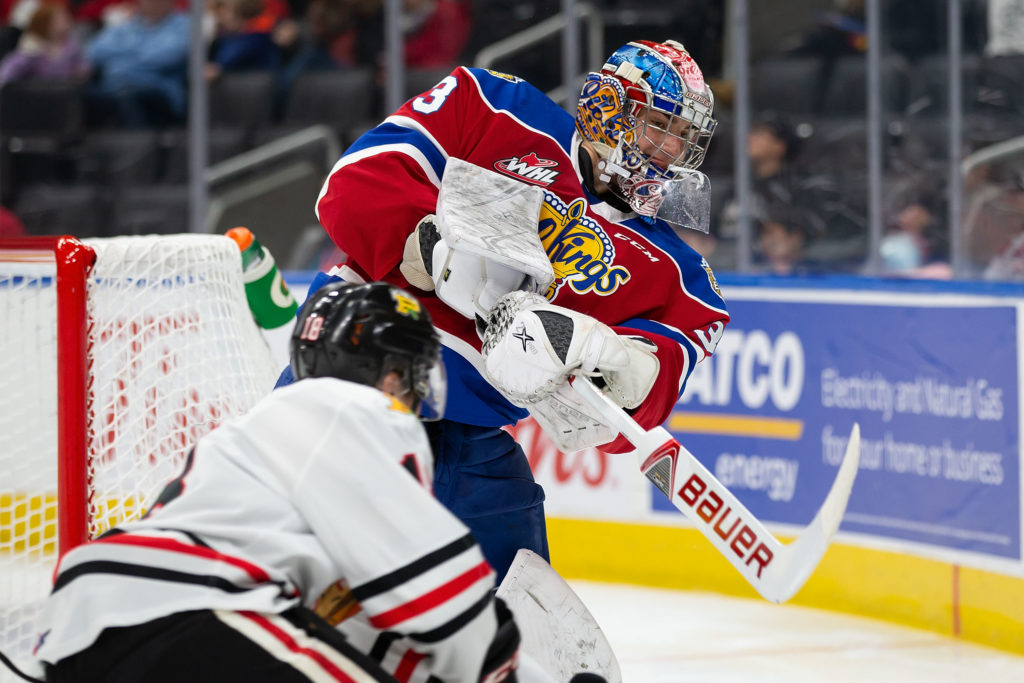 The Edmonton Oil Kings sure have plenty to be thankful for after returning home to Rogers Place this weekend.

It was the second straight game that Souch scored the game-clinching goal, and second night in a row he was named the game’s First Star. The win now gives Edmonton their first win of the season outside of regulation, and awards them at least a point in seven straight games (5-0-2-0) with 12 of a possible 14 points.

In goal for Portland, Joel Hofer (5-2-0-1) allowed just one goal on 40 shots through regulation and the five-minute, 3-on-3 overtime, as well as Souch’s single goal in the shootout.

The lone goal of the opening period came on the stick of defenceman Matthew Robertson, who looked more like a star forward on the play.

Emerging into the Portland zone on a 2-on-1, he buried a pass from teammate Josh Williams to give the Oil Kings the 1-0 lead at 10:03.

It proved to be the only goal in the game’s first 40 minutes; a stark contrast from what’s been accustomed of the two teams who entered today’s game in the top third of the League in goals scored. 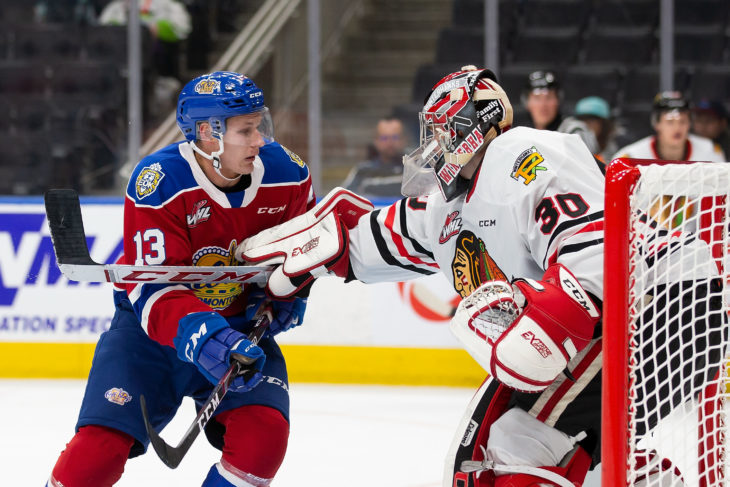 Just over four minutes into the third period the Winterhawks finally got themselves on the board, spoiling Cossa’s second shutout bid at the 4:25 mark on a shot which deflected in front of the goal and fooled the netminder.

The rest of regulation would decide nothing, and neither would overtime as the Oil Kings headed to their first shootout of the season.

Portland was 0-for-3 on the power play while Edmonton went 0-for-4 with the man advantage.

The Oil Kings are back on the road next Friday, October 18 when they head to Red Deer to face the Rebels at Westerner Park Centrium at 7:00 PM MT. It’s their lone game of the weekend, as the team is off until the following Friday, October 25 when they welcome former Oil Kings Brett Kemp, Parker Gavlas and the Medicine Hat Tigers to Rogers Place for a 7:00 PM MT start.

They close out next weekend on Saturday, October 26 when they host the Seattle Thunderbirds for Cartoon Festival at 7:00 PM MT.