Dylan Guenther named McSweeney’s Player of the Month for February 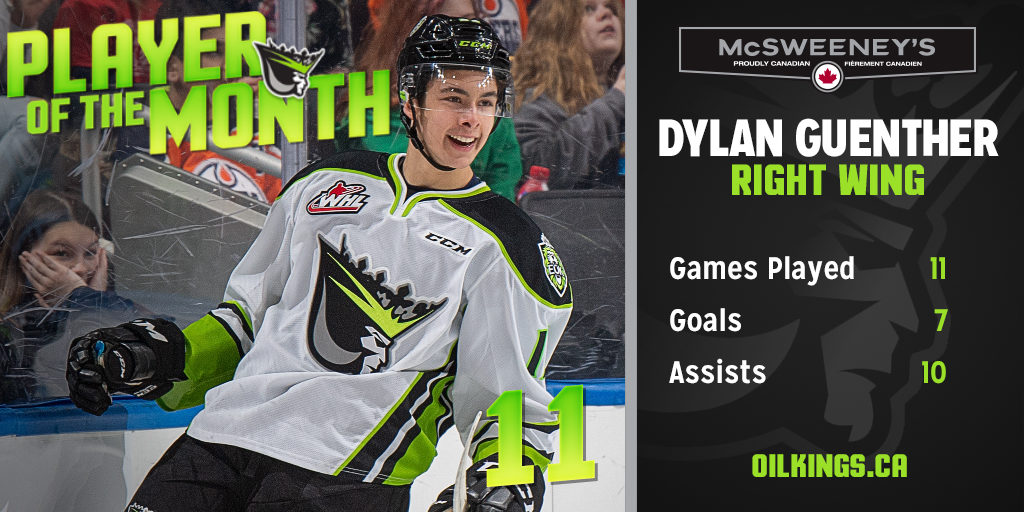 Edmonton Oil Kings right winger Dylan Guenther has been named the McSweeney’s Player of the Month for February.

The 16-year-old native of Edmonton, AB registered seven goals and ten assists for 17 points in eleven games played in the month.

He tallied five multi-point games, including a four-point performance (3G, 1A) in the first period against the Winnipeg ICE on February 25, which doubled as his first career WHL hat trick.

Guenther currently leads all WHL rookies in points (58) and assists (32), and is tied for second in goals (26).

The Oil Kings are back in action on Wednesday, March 4 when they host the Spokane Chiefs here at Rogers Place at 7:00 PM MT. They welcome the Swift Current Broncos to town on Friday, March 6 at 7:00 PM for Superhero Night. To purchase tickets, click here.