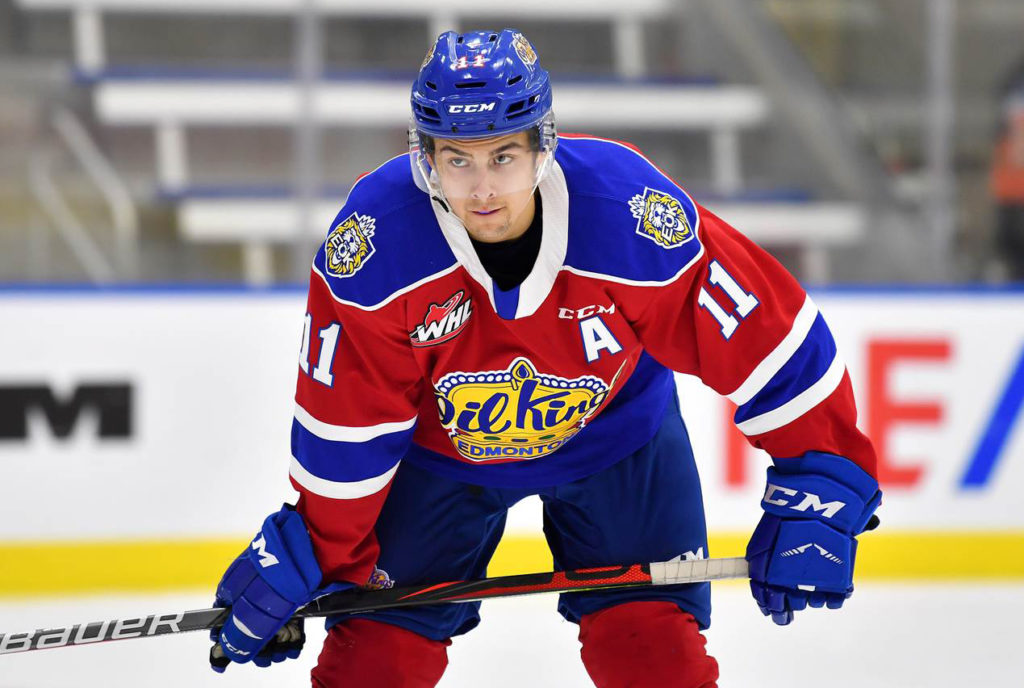 “The Edmonton Oil Kings organization is extremely proud of Dylan on his selection to Team Canada,” said Oil Kings President of Hockey Operations and General Manager Kirt Hill. “This will be another good development and exposure opportunity for him, being a top prospect in his NHL draft year.”

Guenther, 17, is in his second year with the Oil Kings after being selected by the team first-overall in the 2018 WHL Draft. This season the Edmonton, Alberta product has appeared in nine games for the Oil Kings and currently leads the WHL in goals (9) and sits second in points (18).

The 6’1”, 181-pound forward has been identified as an A-rated prospect ahead of the 2021 NHL Draft by NHL Central Scouting.

“He has had an excellent start to our season and this is a great reward for the hard work he has put in on and off the ice. We wish Dylan and Team Canada all the best in Dallas,” added Hill.

Last season, Guenther was named the league’s recipient of the Jim Pigott Memorial Trophy as the league’s top rookie after scoring 26 goals and 33 assists in his first year in the WHL, becoming the first Oil Kings player to win the award in franchise history.

This marks the second time in his hockey career that Guenther will dawn the Maple Leaf after playing for Team Canada White at the 2019 World Under-17 Hockey Challenge in Medicine Hat, Alberta and Swift Current, Saskatchewan where he had three goals in six games.

“It’s a huge honor whenever you get the chance to play with the Maple Leaf on your chest, you wear it with pride,” said Guenther on being named to the team. “It’s something you watch growing up, all these events, and to be a part of it is super exciting.”

Guenther will become just the third Oil Kings player in franchise history to suit up for Team Canada at Under-18 World Championship joining Travis Ewanyk (2011) and Matthew Robertson (2018).

The tournament will be held in the Dallas-Fort Worth, Texas metroplex cities of Plano and Frisco from April 26 to May 6, 2021. Team Canada will be in Pool A along with Sweden, Belarus, Latvia and Switzerland.