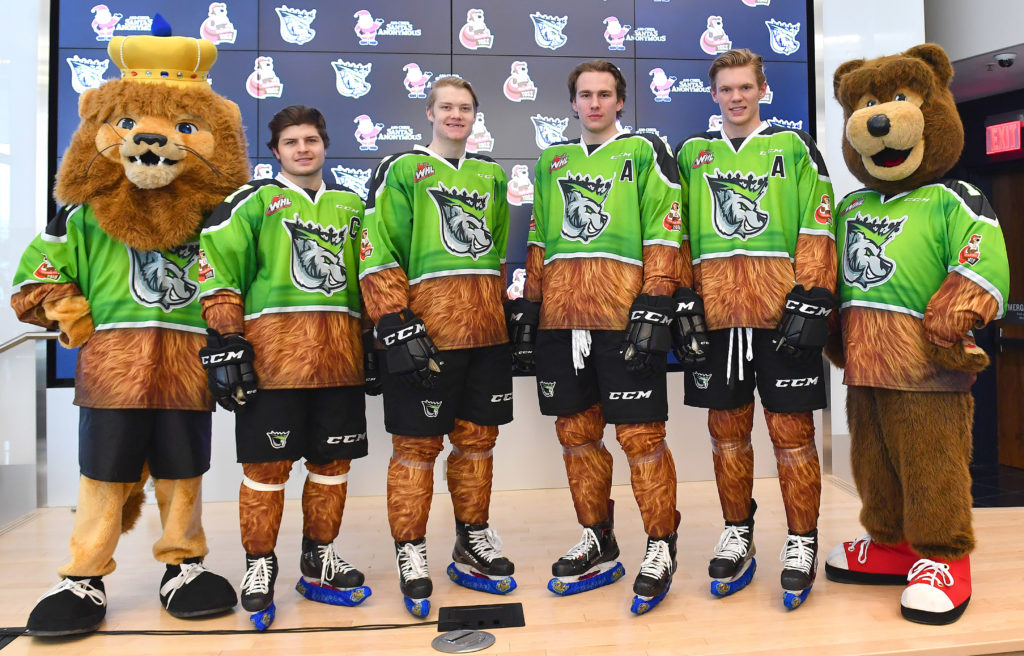 The Edmonton Oil Kings, in collaboration with The Brick and 630 CHED Santas Anonymous, unveiled their 2018-19 Teddy Bear Toss commemorative jerseys at a press conference in the Oilers Hall of Fame Room at Rogers Place on Monday.

The jerseys will be worn by the team at the 12th annual Teddy Bear Toss presented by The Brick, taking place this Saturday, December 8 when the Oil Kings host the Kamloops Blazers at 7:00 PM MT.

Limited tickets to the game are still available here. 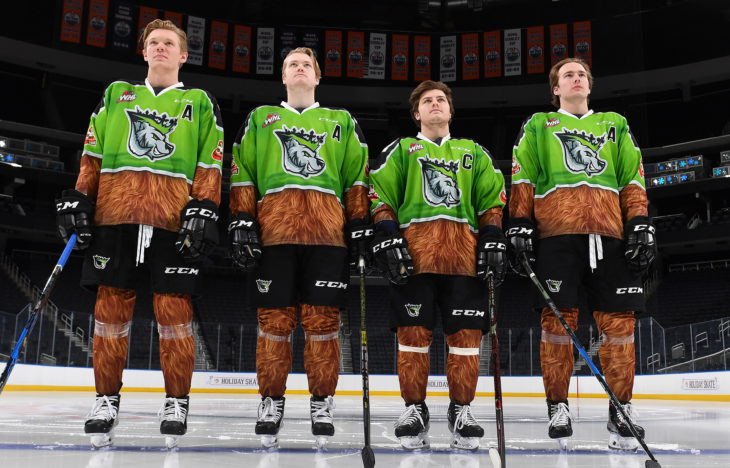 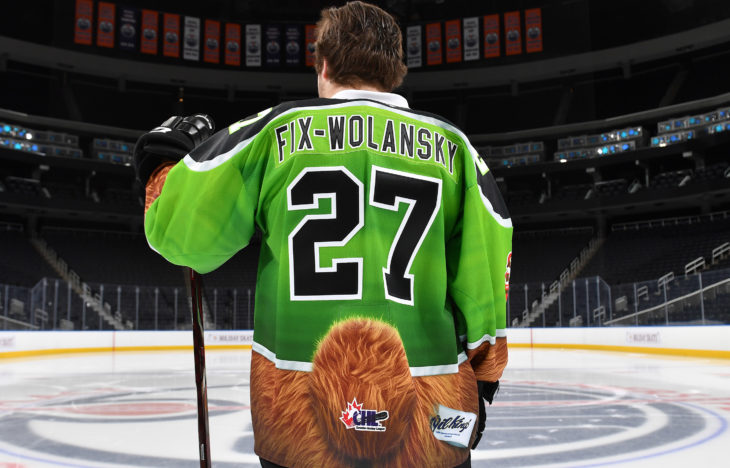 “We wanted a jersey that stays true to who we are as a family brand while offering a completely different look that incorporates the teddy bear theme,” said Oil Kings Director of Business Operations, Daniel Troiani. “I feel our team has successfully achieved our goal and we’re really excited to share it with our fans on Saturday.”

Once again the Oil Kings and The Brick have partnered with 630 CHED Santas Anonymous, who will be the beneficiary of all net proceeds raised when the commemorative jerseys are silent auctioned during the game and raffled off following the game on the main concourse near Section 130.

“The Brick has been a valued presenting sponsor of Teddy Bear Toss over the last four seasons and their support allows us to continue building this event to make it more exciting each year,” added Troiani. “Our organizations are aligned in growing our community outreach year round, but especially during the holiday season.”

630 CHED Santas Anonymous will also be the recipients of all teddy bears collected during the game, which totaled a record-breaking 14,122 bears last year after Davis Koch scored the coveted goal just 1:07 into the first period.

“Having an incredible community partner in 630 CHED Santas Anonymous allows us to capture the true essence of our Teddy Bear Toss event,” Troiani said. “Their team does amazing work in the Greater Edmonton Area and we’re proud to have them as our charitable partner.” 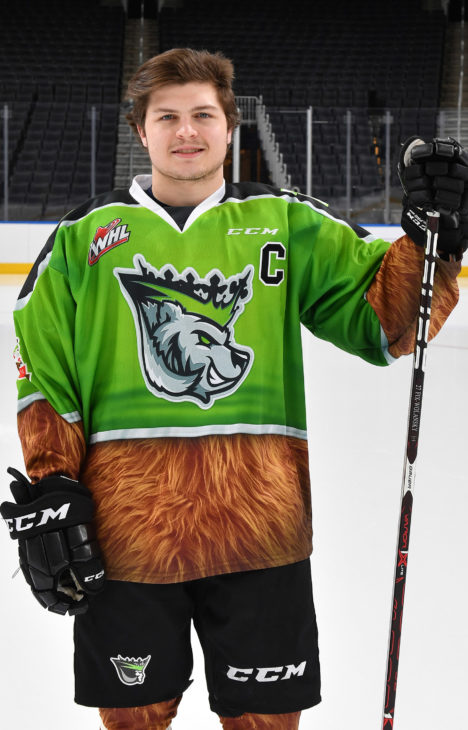 “This is absolutely fantastic to partner with the Edmonton Oil Kings and The Brick again this year,” said 630 CHED Santas Anonymous Executive Director, Lana Nordlund. “It is so phenomenal to be able to include a teddy bear in every child’s package.

“Our delivery weekend is December 15 and 16, so it’s right around the corner. We’re all chomping at the bit to get these teddy bears put into gift packages for so many deserving children.”

“Once again we’re very proud to be a part of the Edmonton Oil Kings Teddy Bear Toss game on December 8,” said Director of Stores for Northern Alberta of The Brick, Chris Gloweski.

“This is the fourth year that The Brick has partnered with the Edmonton Oil Kings, so for us to get together and support children in the community and support charities such as Santas Anonymous and the Stollery [Children’s Hospital], is something we’re very proud of at The Brick.”

Not only will fans enjoy the fun of tossing their teddy bears onto the ice after the Oil Kings first goal of the game, but they’ll also have a chance to take home a great gift of their own just in time for the holidays.

“At the game itself we’re going to have booths set up around the arena where we’ll sell limited edition Edmonton Oil Kings Brickley Bears for $20,” added Gloweski. “One hundred percent of the proceeds from those bears will go to the Stollery Children’s Hospital for the Children’s Miracle Network campaign.

“As well, something new we’re doing this year is that if you purchase a Brickley Bear at the game, you will automatically be entered to win a 58” Samsung 4K TV live at the game.”

Fans are reminded to bring their teddy bears to the game inside a clear plastic bag so as to keep them clean and undamaged when they are thrown onto the ice.

We’ll see you at the Teddy Bear Toss this Saturday, December 8! 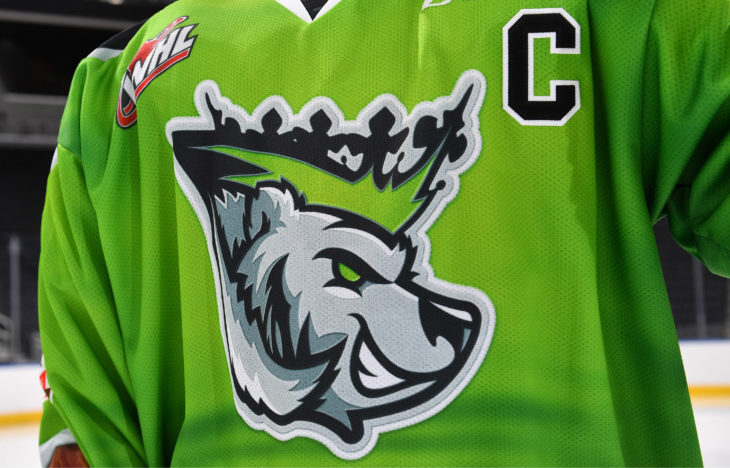