MENU
THE WESTERN HOCKEY LEAGUE HAS UPDATED ITS RETURN TO PLAY PLAN FOR THE 2020-21 SEASON
October 5, 2018 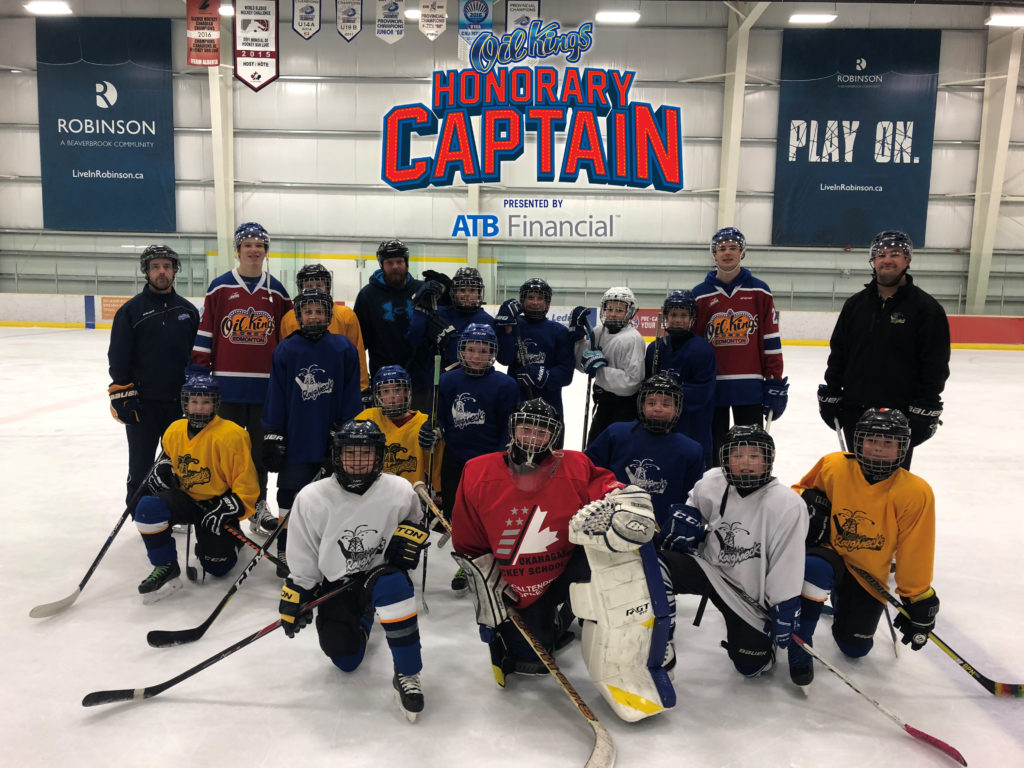 How does having an Edmonton Oil Kings player be your team’s “Honorary Captain” at an upcoming practice sound?

The Oil Kings Honorary Captain Program presented by ATB Financial gives minor hockey teams the chance to do just that!

From October 5 – 15, 2018, teams have the chance to enter to become one of ten randomly selected to win the Honorary Captain experience. The winning teams will have two Edmonton Oil Kings come out to practice, go through drills with the players, and leave with some pretty cool Oil Kings swag and tickets to an upcoming game!

ATB Financial is in its eighth season as title sponsor of the program, which supports hockey in Alberta from the grassroots level to the WHL.

Winning teams will be selected on October 15, so get your entries in NOW and maybe we’ll see YOU on the ice!

For more information or to enter for your chance to win, visit here!