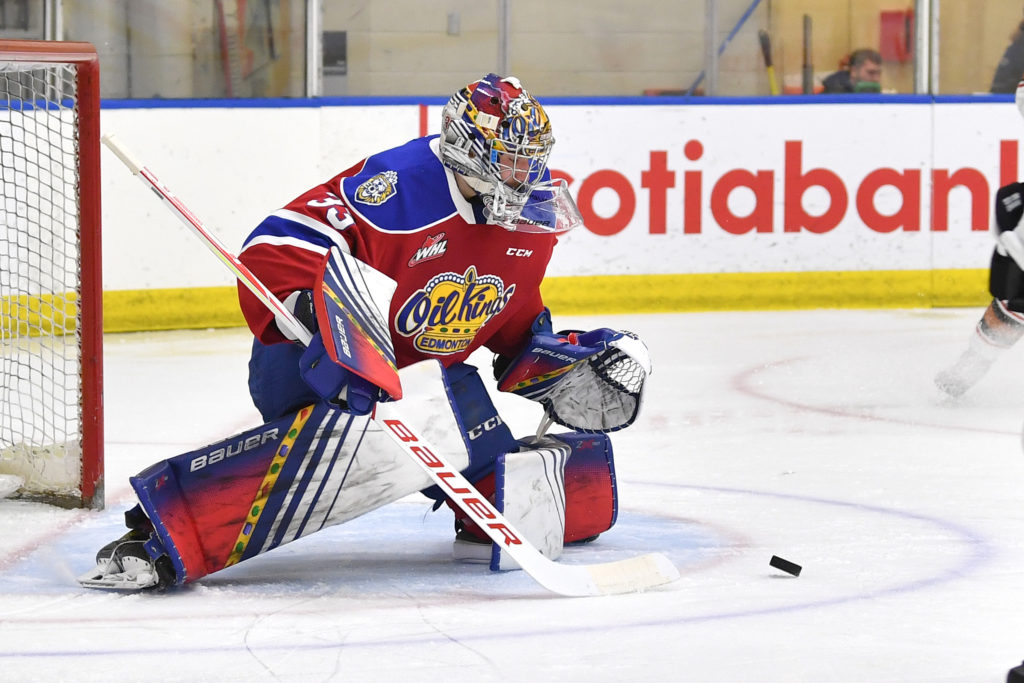 Appearing in just 12 games this season, the Oil Kings right-winger put up 24 points (12G, 12A) to finish sixth in team scoring. Guenther departed the team midway through the condensed season to represent Canada at the IIHF U18 World Hockey Championships where he would help lead his country to a gold medal putting up seven points (4G, 3A) in seven games.

Jalen Luypen (Kelowna, BC) is in his second year of NHL draft eligibility and is ranked 133rd amongst North American Skaters.

2021 was a breakout year for the third year Oil King forward setting new career highs in all major statistical categories with 16 goals and 13 assists in just 23 games. His 16 goals this year matched his entire total from his previous two seasons in the league and was the fifth most amongst all WHL players this season.

Carson Latimer (Surrey, BC) is coming off his first season in the WHL and is ranked 149th amongst North American skaters.

In 22 games with the Oil Kings, the rookie right-winger registered 16 points (5G, 11A) finishing eighth in WHL rookie scoring and was named the Oil Kings Rookie of the Year.

Ethan Peters (Moose Jaw, SK) is the lone Oil Kings defenceman to make the rankings coming in at 198th amongst North American skaters.

Peters is coming off his first year in the WHL following being signed by the team in January after not being selected in his WHL draft year. He was just one of four players to play in all 23 games for the Oil Kings this season, finishing with five points (1G, 4A). He was also this year’s recipient of the Oil Kings Scholastic Award for his excellence in the classroom.