MENU
NEXT HOME GAME: FRIDAY, OCTOBER 22 vs Brandon Wheat Kings at 7PM MT
Please review the HEALTH & SAFETY REQUIREMENTS prior to your next visit to Rogers Place
January 11, 2012 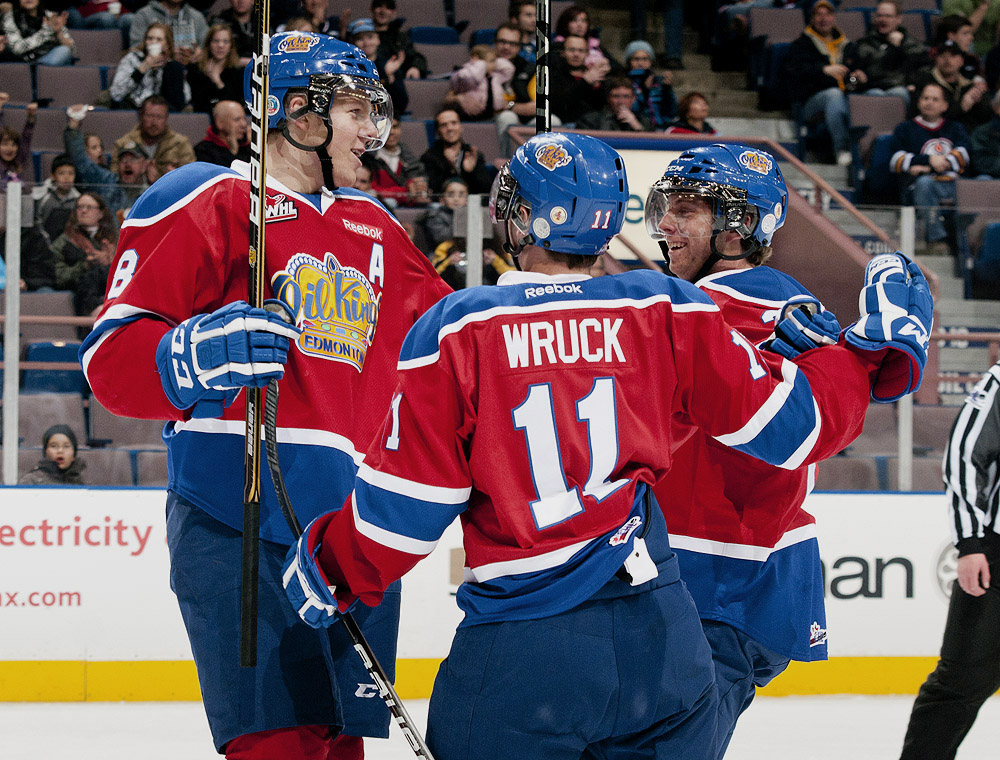 Edmonton, AB – The Edmonton Oil Kings are proud to congratulate defensemen Griffin Reinhart, Ashton Sautner, Cody Corbett as well as forward Mitch Moroz for being ranked in the NHL Central Scouting Midterm Rankings among North American Skaters. Reinhart is the highest ranked Oil King – 8th among North American Skaters while Sautner and Corbett were 91st and 92nd repectively and Moroz rounds out the group at 171st. The newest Oil King Henrik Samuelsson has been ranked among the European skaters in the mid term rankings – 33rd.

Reinhart, a 6’4 208 pounder from West Vancouver remains the Oil Kings top prospect for the 2012 draft. He has totalled 9 goals, 14 assists with five power play goals and a plus-13 +/- rating. With the absence of NHL draft picks and World Junior participants Mark Pysyk and Martin Gernat from the Oil Kings defensive corps. Reinhart played great minutes and did not shy away from a larger role. Reinhart was selected last month to participate as one of the top 40 prospects in the CHL in the CHL Home Hardware Top Prospects game set for February 1st in Kelowna

In total 39 WHL skaters and five WHL goaltender are among those ranked in NHL Central Scouting’s mid-term rankings. Ryan Murray of the Everett Silvertips is the first of five defensemen who are among the Top 10 skaters in the mid-term rankings.  Moose Jaw’s Morgan Rielly is ranked fifth while Red Deer’s Mathew Dumba ranks seventh and Derrick Pouliot of the Portland Winterhawks ranks 10th among North American skaters.

The Oil Kings had a franchise record four players selected at the 2011 NHL Entry Draft in Minnesota. Two players happened to go in consecutive picks in the third round with the Carolina Hurricanes selecting Keegan Lowe with the 73rd pick and the Edmonton Oilers choosing Travis Ewanyk with the 74th pick. The next to go was Michael St. Croix in the 4th round, 106th overall. The Calgary Flames then snagged goaltender Laurent Brossoit in the 6th round with the 164th pick.

Oil Kings Captain Mark Pysyk remains the highest drafted Edmonton Oil King in the modern era of the franchise. The Sherwood Park native was selected 23rd overall in the 2010 NHL Draft by the Buffalo Sabres. 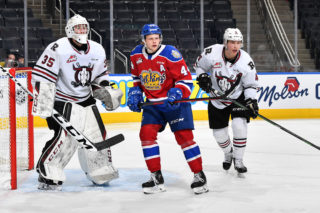 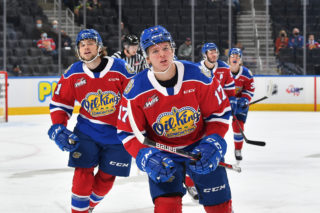 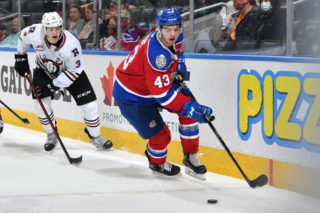 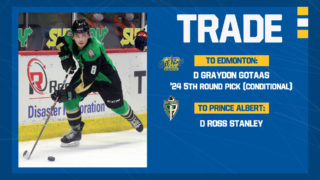