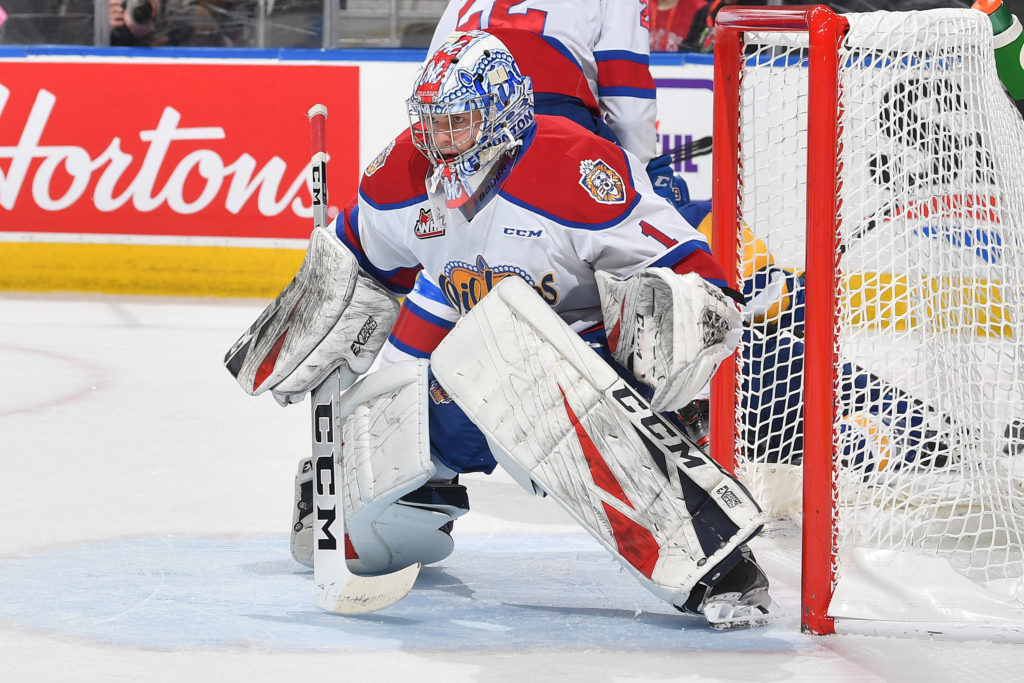 For the first time in his Western Hockey League career, Beck Warm took to the ice donning a jersey other than that of the Tri-City Americans on Sunday.

That alone would make the game a memorable one, but his play while wearing his new jersey made it unforgettable.

Plenty of other fans watching from home also saw the milestone win for Warm (10-14-3-1), as the game was broadcast nationally on Rogers Sportsnet West, Ontario, East, Pacific and One.

Between the added lights and cameras, and the sense of pride surging towards countless televisions throughout Rogers Place airing the gold medal final of the World Junior Championship between Canada and Russia, there was an undeniable buzz in the building that overflowed into the game’s opening frame.

The home team barreled out of the gate to a 4-0, first-period lead on goals by Dylan Guenther, Liam Keeler, Vladimir Alistrov and Jake Neighbours, but the Blades made things interesting by answering with three goals in the second period. 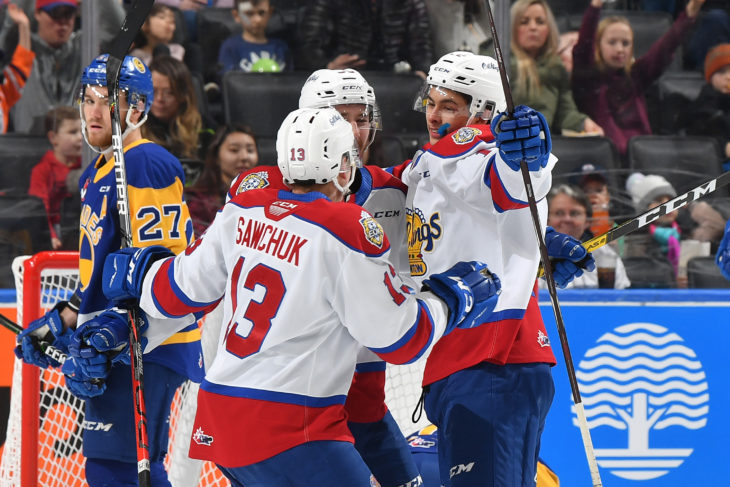 The Blades took the game’s first penalty just 1:25 in, and Guenther got the Oil Kings on the board just 14 seconds into the man advantage with his 14th of the season, from Ethan McIndoe and Riley Sawchuk, at 1:39.

Two minutes later the Oil Kings struck again, as David Kope won a puck battle beneath the Saskatoon goal line and squirted a pass to a wide-open Keeler in the slot who buried his 11th of the season at 3:38.

Alistrov’s 11th of the season was a one-timer – also on the power play – after a heads-up pass from Carter Souch which made it 3-0 Edmonton. Josh Williams earned the secondary assist on the goal at 12:09. 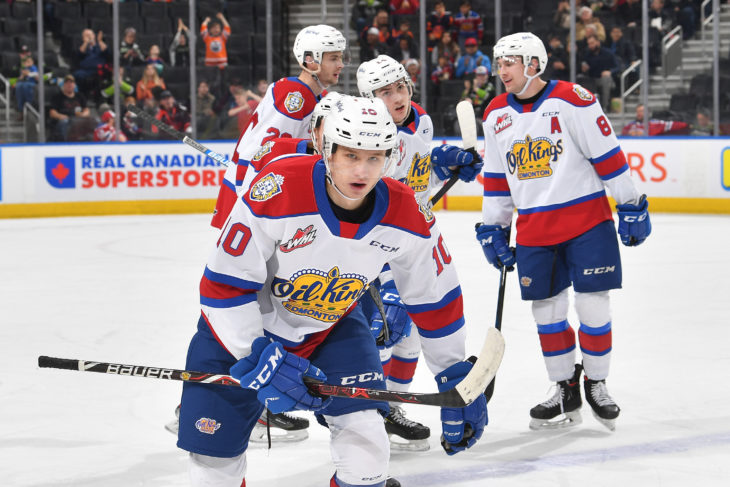 The potent first period continued for the Oil Kings with Neighbours who, after being sprung by Guenther, made no mistake beating Maier for his 14th of the campaign at 13:34 with Sawchuk adding the second helper.

Edmonton commanded the pace of play in the opening 20 minutes, outshooting the Blades, 20-8.

In the second the tables turned, with the Blades battling back with three goals of their own to make it a one-goal game.

With the Oil Kings whistled for tripping just 54 seconds into the middle stanza, Saskatoon made it 4-1 at 2:03 on the power play.

Edmonton thought it had restored it’s four-goal lead 1:43 later on a goal by McIndoe, but after a lengthy review it was deemed the goal was scored by a high stick and disallowed.

After being tangled up heading into the Blades end on a break, Williams was awarded a penalty shot at 16:07, but was turned aside by Maier.

The Blades pressed for the equalizer in the third period, but Warm and the Oil Kings were able to mitigate the threat and claim Edmonton’s sixth straight win on home ice. The team has now earned at least a point in their last 11 games at Rogers Place (9-0-1-1). 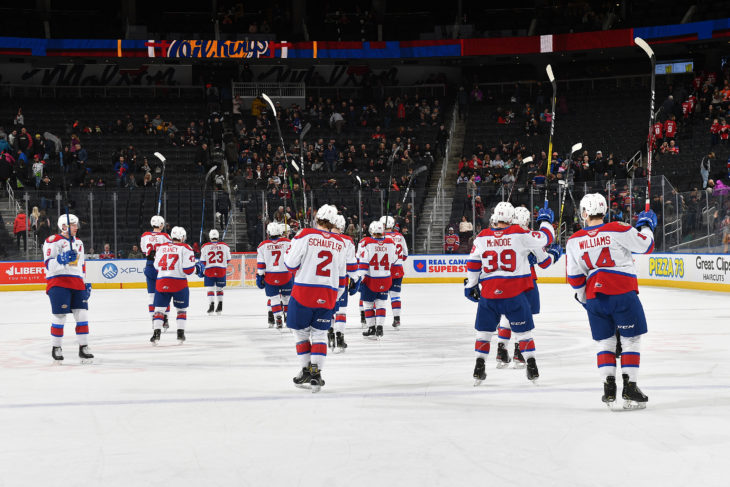 Saskatoon was 1-for-4 on the power play, while Edmonton was 2-for-5 with the man advantage.