FROM THE FARM Presented by Alberta Chicken Producers: Blake Fiddler 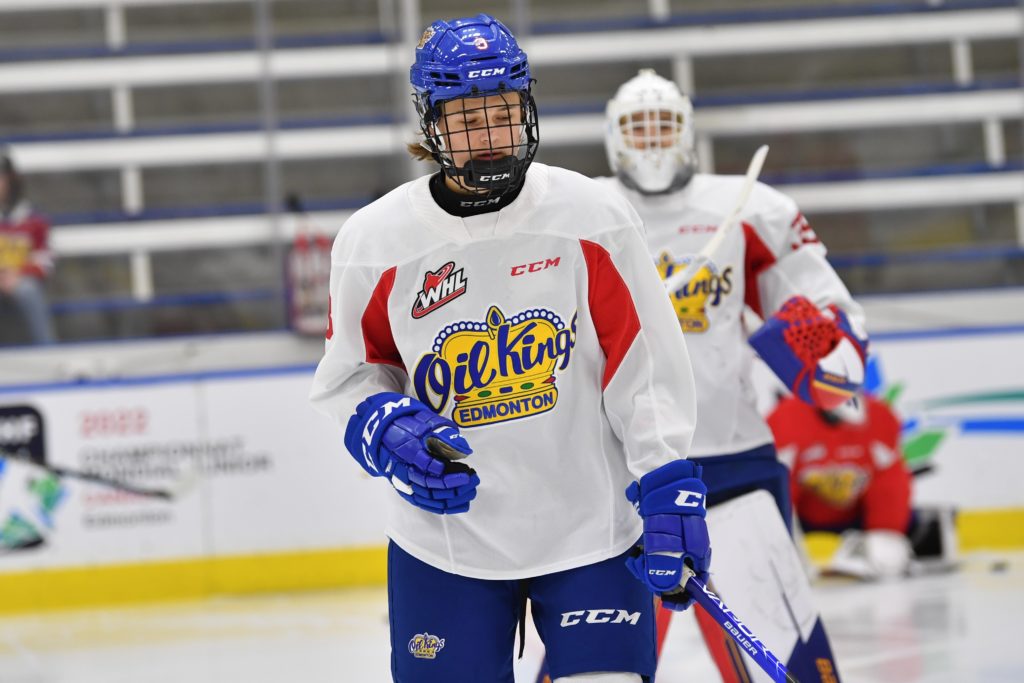 To hear your name finish a sentence that starts with “With the first overall selection…” is a big deal, and Oil Kings prospect Blake Fiddler knows that.

“It’s a huge honour and a dream come true,” said the Frisco, Texas product back on May 18, 2022 after learning he was the first player taken in the now annual WHL U.S. Prospects Draft.

“I’ve always wanted to play in this league and to be drafted by such a great organization is awesome and I’m just really excited for what the future holds.”

The organization feels the same way about the future as Blake.

“As an organization, we are very excited about Blake’s future,” said Oil Kings Director of Scouting Michael Chan.  “Blake is a long, rangy defenseman with strong skating and puck skills; he brings a unique element of creativity that is hard to come by in players with his frame.

“Going through the process of last year’s U.S. Priority Draft and getting to know Blake and his family, the on-ice ability was evident, but perhaps what stood out more was his humble and driven nature.  His passion and enthusiasm for the game jumps out at you along with his desire to continue to add detail to his game and his ability to be coached.”

And the future is coming quickly.  Less than a week after being drafted by the Oil Kings, Fiddler agreed to his WHL Standard Player Agreement with the team.

“Blake committed to our program as his development path shortly after the draft,” added Chan.  “We are grateful that the Fiddler family has entrusted us with Blake’s growth and that they recognize the unique development environment that exists here in Edmonton and with the Western Hockey League.”

This past fall, the 6-foot-2, 181-pound rearguard got a small taste of life in the WHL and with the Oil Kings after attending the Club’s training camp.

Despite being one of the youngest players on the ice, the mobile defenceman didn’t look out of place.

“Seeing Blake in our training camp environment, he demonstrated an ability to elevate his game to a Western Hockey League pace,” said Chan.  “To be able to do that at such a young age, it leads us to be very encouraged with the direction of his development.”

This season, he is skating with the Dallas Stars Elite U16 AAA program where he has posted 22 points (6G, 16A), six penalty minutes and a +12 plus/minus rating in 53 games.

Eric Silverman and Kevin Smith have overseen Fiddler’s on-ice development this year as the coaches with the Stars U16 program, while also taking pointers from his father, Vern Fiddler, who played and coached in the WHL with the Kelowna Rockets.

“Blake is his own player and person,” said Chan.  “But, Vern has obviously been able to share unique insight, as both a player and a coach in the league, into how the league is able to prepare young men for both pro hockey and life after hockey.”

Off the ice, a familiar Edmonton connection has been charged with his strength and conditioning.

Friend of the club, and Edmonton Elks receiver, Manny Arceneaux runs a youth athletic development program during his offseason down in Texas and has taken the young blueliner under his more than capable wings.

Next season, Fiddler will join an Oil Kings defence core that could feature up to as many as seven returning players from this past season, but he won’t be coming in blind as the team has already begun preparing for his arrival.

“Because Blake has already signed his Standard Player Agreement, we’ve been able to get a head start on his integration into our team and program,” added Chan.  “Off the ice, Sharon Sereda has been able to work with Blake’s family to ensure his transition to high school in Alberta from Texas is smooth and his educational goals will be met.

“On the ice, our Development Coach, Ladislav Smid, has been able to fly down to watch Blake play and begin to create developmental goals; Blake has also been able to come to Edmonton to spend time with our team in-season to work on-ice with our development staff and be around his future teammates — we believe these are steps will help ease his full-time transition into the league as a young player.”

The Edmonton Oil Kings next home game is Friday, January 27 against the Calgary Hitmen at 7:00 p.m. 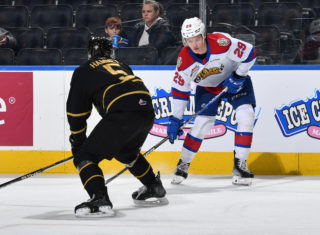