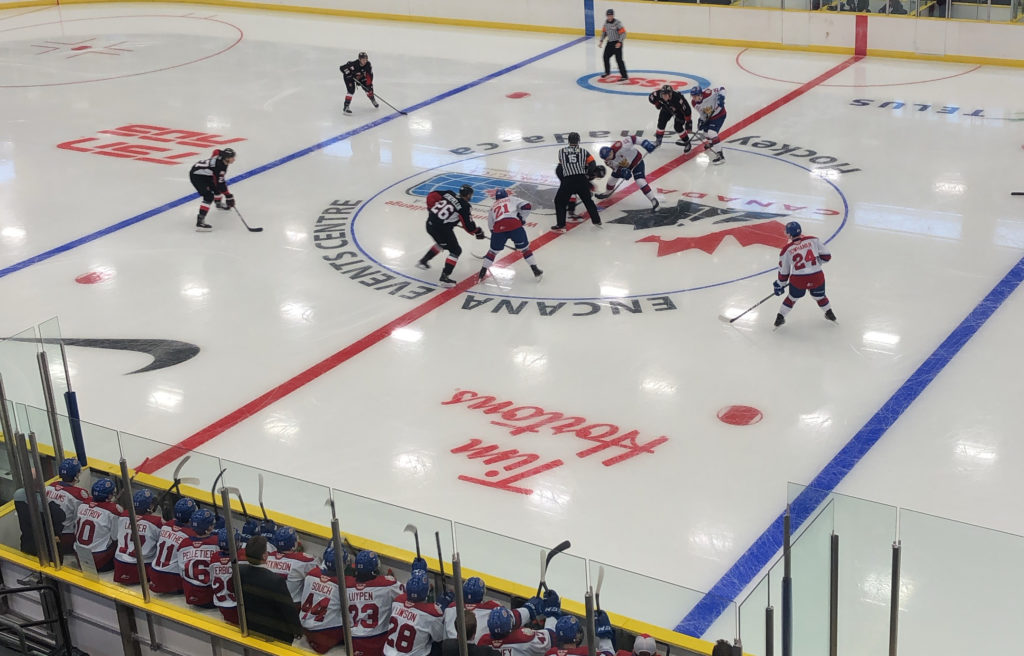 Josh Williams scored twice and Jalen Luypen registered a trio of assists as the Edmonton Oil Kings downed the Prince George Cougars, 6-1, in game one of the WHL Exhibition Series held at the Encana Events Centre in Dawson Creek, BC on Thursday.

Riley Sawchuk and Parker Gavlas each tallied a goal and an assist in the win, while Dylan Guenther and Kobe Verbicky were the other goal scorers for the Oil Kings.

Todd Scott got the start in goal and earned the win, seeing action in the first 40 minutes of play. Sebastian Cossa was between the pipes for the final 20 minutes and helped preserve the victory.

The Oil Kings opened the game’s scoring early on a goal by Williams just 1:26 into the first period, from Scott Atkinson and Luypen to make it 1-0, Edmonton.

They doubled their lead to 2-0 with Guenther’s fifth goal in four pre-season games, burying a pass from the corner by Carter Souch, just 5:19 later at 6:45 with the second assist to Luypen.

The Cougars got themselves on the board with their lone marker of the game to make it 3-1 and round out second period scoring at 7:52.

The Oil Kings made it a 3-1 game with just 41 seconds left in the second period with Williams’ second of the night, again from Atkinson and Luypen, at 19:19.

In the third period, Sawchuk’s third of the pre-season made it 4-1 Edmonton, from Gavlas, then Verbicky notched his first of exhibition action, assisted by Keagan Slaney, to extend the lead to 5-1 at 9:13.

Gavlas capped off the game’s scoring, 6-1, on a 5-on-3 man advantage for the Oil Kings, from Sawchuk, with 9.1 seconds left to play.

Oil Kings pre-season action wraps up as they close out the WHL Exhibition Series against the Cougars on Saturday, September 14 at 2:00 PM MT (1:00 PM PT) at the Encana Events Centre.