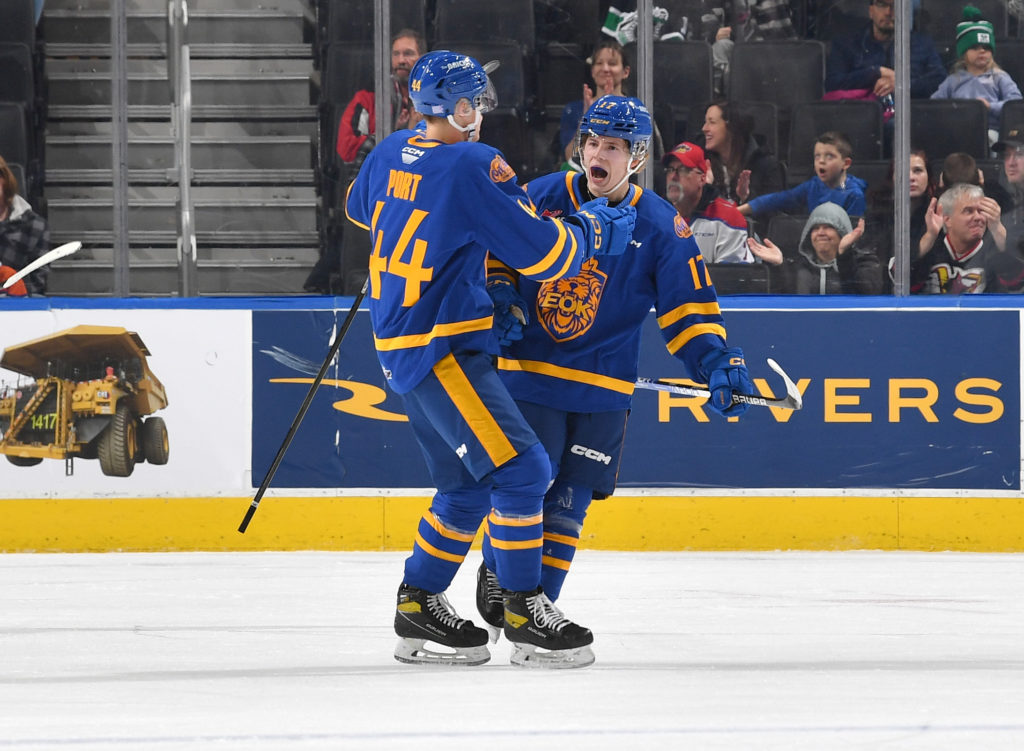 Edmonton, AB – The Edmonton Oil Kings got a three-goal and five-point performance from Gavin Hodnett on Friday as they knocked off the Brandon Wheat Kings 5-3 at Rogers Place on United Against Cancer night.

In the Oil Kings annual United Against Cancer night, the game started with an emotional moment as first-year Oil King forward Marshall Finnie took the ceremonial opening faceoff with his mom, Shannon, dropping the puck, who recently overcame and defeated cancer.

Once the puck dropped on the game, and the Oil Kings sporting a brand-new look, the home side raced out to a 2-0 lead in the first period after both Cole Miller and Hodnett found the back of the net on Edmonton power plays.  For Hodnett, his goal was his first in the WHL.

Just 2:38 into the game, Miller turned on the red light after taking a centering pass from Marshall Finnie and rocketing a shot over the left-arm of Wheat King tender Carson Bjarnason.

At 12:44 of the period, Hodnett increased the lead after he pounded a one-time blast into the top corner of the Brandon net off a perfect cross-ice feed from Luca Hauf.

Before the period was out, the Wheaties were able to cut the Edmonton lead in half after Nolan Ritchie zipped a shot top corner from the right-circle in the Oil Kings zone with the team’s playing 4-on-4.

In the second period, Ritchie scored the only goal of the period as he was able to jam home a rebound in front of the Edmonton net at the 13:39 mark for his second of the night, sending the two teams to second intermission tied at two.

In the third period, the Oil Kings restored their lead 5:43 in after Hodnett spotted Miller at the backdoor on a rush into the Brandon zone for his second of the night on another Edmonton man-advantage.

Hodnett ripped home his second goal with just under six minutes left in the game after taking a feed from Miller, cutting across the slot and picking the top corner.

Nate Danielson scored a later power play marker for the Wheat Kings to draw them back to within a goal, but Hodnett capped his, and the Oil Kings, big night by hitting the empty net in the final minute.

Kolby Hay picked up his third win of the season making 36 saves for the Oil Kings, while Bjarnason made 19 saves in the losing effort.  The Oil Kings were 3-for-6 on the power play, the Wheat Kings were 1-for-5.

Next up, the Oil Kings hit the road to Lethbridge to battle the Hurricanes tomorrow night at 7:00 P.M.  You can listen to the game at oilkings.ca/radio.