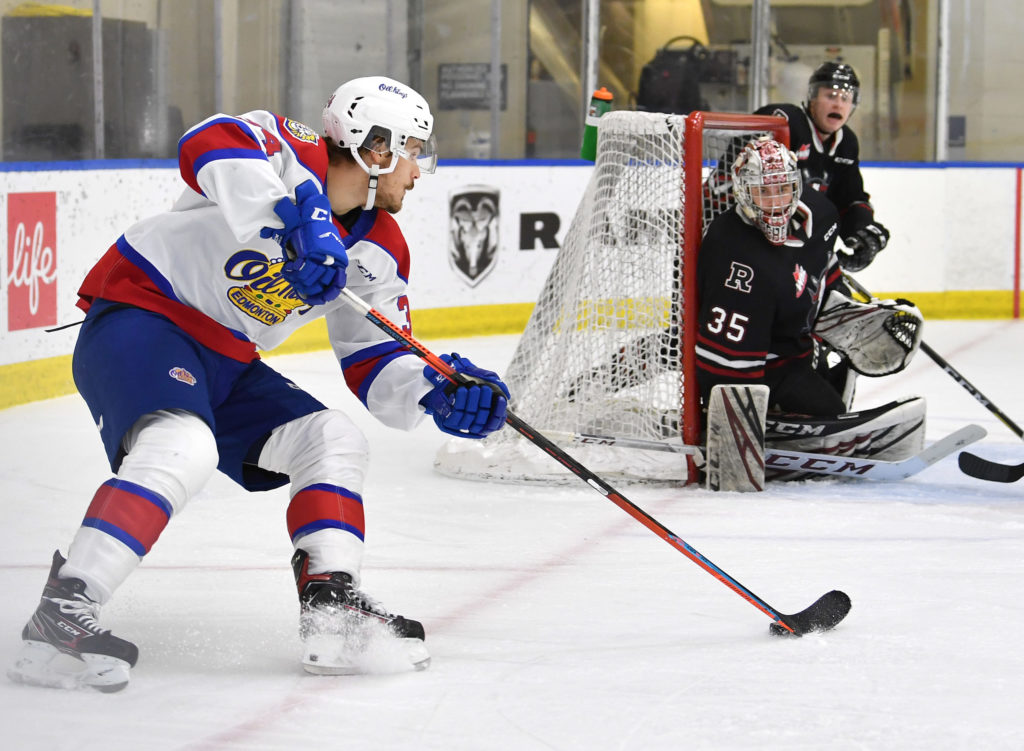 Edmonton, AB – The Edmonton Oil Kings (11-1-0-0) continued their mastery of the Red Deer Rebels (2-8-2-0) Sunday afternoon at the Downtown Community Arena with a 5-1 victory.

The Oil Kings once again flexed their depth getting goals from five different players on their way to a 16th straight win over the Rebels, just 19 hours after getting eight different goal scorers in a 9-2 romp in Red Deer.

“It’s been really important,” said Oil Kings Assistant Coach Luke Pierce on his team’s depth scoring. “We started the season leaning heavily on our top line and power play, especially. We’re starting to see some other guys contribute in a lot of ways.

“I think that speaks to the example that Jake (Neighbours), Dylan (Guenther), Matthew (Robertson) and Ethan (Cap) have set. To see some scoring be spread around our lineup has been critical. It’s an important aspect to add to our group.”

Liam Keeler, Dylan Guenther, Carter Souch, Kaid Oliver and Jalen Luypen all tallied for the home side with Keeler notching a pair of assists as well.

“I think it was a big response for our group,” said Keeler. “Brad really challenged us to come out today and play the right way, to play hard. That can be tough after playing really well the night before, but I thought we did a great job coming out early and using the game we wanted to play, using our speed to move the puck quick and I think when we did that we were able to break them down and get some chances.”

For a second straight game against the Rebels, the Oil Kings found themselves down early. Jace Weir grabbed a loose puck at the Oil Kings blue line and lasered a seeing-eye wrist shot through a maze of bodies and over the right shoulder of Sebastian Cossa to stake the visitors to quick lead, 5:41 into the first period. Weir’s goal was the first of his WHL career. The Oil Kings wasted no time erasing their deficit thanks to their red-hot power-play connecting for the fifth time in the last two games. Logan Dowhaniuk intercepted a Rebels clearing attempt along the left-wing boards, snapped a quick shot to the net that Keeler re-directed off the left pad of Byron Fancy and then off Rebels defenceman Mason Ward and into the back of the net. The goal was Keeler’s third of the year and second on the man-advantage. Before the period was out, Guenther gave his team their first lead of the game with his 10th marker of the year. Jake Neighbours carted the puck into the Rebels zone along the left-wing boards, took a hit along the wall while making a pass to Josh Williams, who then hooked the puck in front of the Red Deer net banking it in off Guenther for his 10th goal of the campaign.

A sluggish second period would see neither team create a high volume of scoring chances but with just over two minutes left in the middle frame, Souch extended the Edmonton lead. Ethan Peters found Ethan Cap in the high-slot with a pass that Cap ripped towards the net, getting a tip from Keeler that put the puck on a platter for Souch at the bottom of the left circle that he hoisted into a wide-open cage with Fancy unable to track the change in direction. The goal was Souch’s second of the season and second in as many games.

The Oil Kings started the third period with plenty of jump and were rewarded with two quick goals to put the game out of reach. Oliver would finish off a beautiful three-way passing play from Guenther and Neighbours 2:47 into the final period after Neighbours stepped around a Rebel defenceman between the hash-marks and slid a perfect backdoor pass onto the tape of Oliver that he buried for his sixth of the season. 2:32 later, Luypen capped the night with his eighth goal of the year after Carson Latimer jarred a puck loose along the end boards on a great forecheck, Keeler grabbed the loose puck and tossed it in front to a waiting Luypen who made a quick move to his back hand and slipped it home past a down and out Fancy.

The Oil Kings finished the night going 1 for 5 on the power-play while the penalty kill was a perfect 3 for 3.

Between the pipes, Cossa made 20 saves for his 10th straight win to start the season.

The Oil Kings return to the ice Monday night when they travel to Red Deer to take on the Rebels at 7 PM. 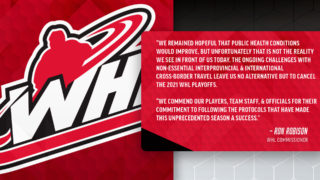 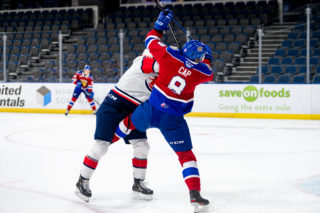 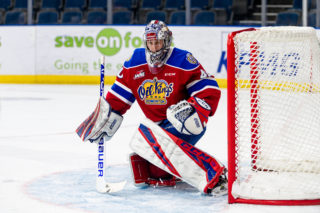 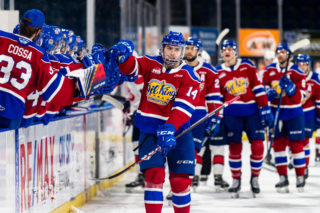