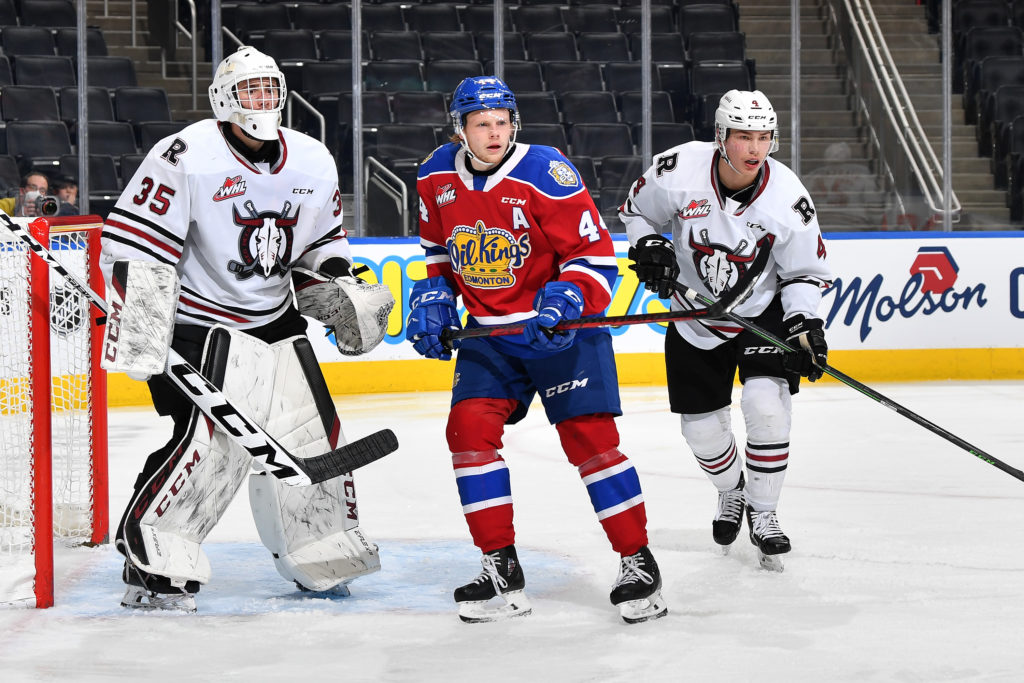 Edmonton, AB – The Edmonton Oil Kings (4-2-0-1) gave up a late second period power play goal that proved to be the difference on Sunday afternoon as they fell 2-1 to the visiting Red Deer Rebels (4-3-1-0).

The Oil Kings picked up right where they left off on Friday night, wasting no time getting the games opening goal just 5:13 after puck drop.  Tyler Horstmann walked the puck to the Red Deer net, stuffed it on goal, creating a goal-mouth scramble and Carson Latimer was able to muscle it underneath the pad of Rebels goaltender Connor Ungar.

Edmonton took the 1-0 lead into the first intermission after neither team could generate much else in terms of scoring chances in the opening frame, combining for just 10 shots on goal.

Despite outshooting the Rebels 15-7 in the middle stanza, the Oil Kings were outscored 2-0 in the period, giving up an early tying goal and the eventual game-winner in the final five minutes.

Exactly two minutes into the period, Rebels captain Jayden Grubbe tied the game after being left wide-open in front of the Oil Kings net where he one-timed a pass home from Jhett Larson.

The Rebels pulled ahead at the 15:09 mark of the period after Red Deer rearguard Christoffer Sedoff put the puck on a tee for Ben King in the left-circle that he wired short-side past Edmonton goaltender Sebastian Cossa on a Red Deer man-advantage.

The Oil Kings poured nine third period shots on Ungar but were unable to solve the Rebels goalie for a second time.

Ungar earned first star honours kicking out 29 of 30 Oil Kings shots, while Cossa made 16 saves.  Edmonton finished the night 0-for-4 on the power play, the Rebels went 1-for-5.

The Oil Kings are back in action Friday when they welcome the Brandon Wheat Kings to town at 7:00 P.M.

The Oil Kings next home game is Friday, October 22 when they welcome the Brandon Wheat Kings to Rogers Place at 7:00 P.M.