GAME SUMMARY: Oil Kings drop 3-2 decision to the Tigers in a shootout 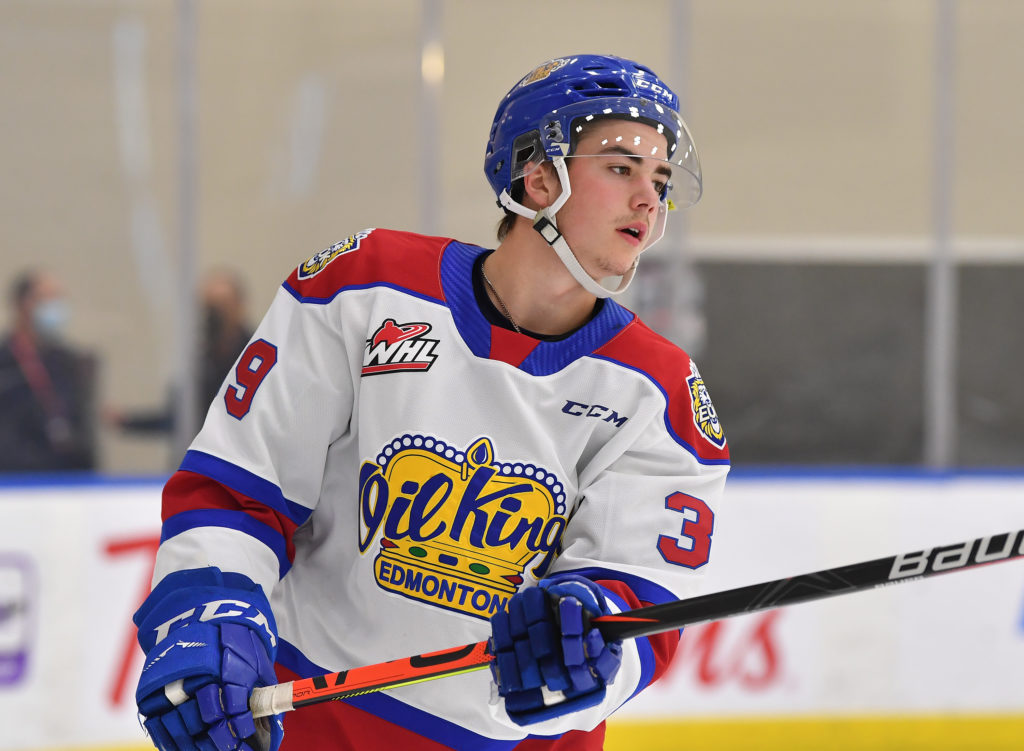 The first period saw the Oil Kings heavily outshoot, and out-chance the Tigers, but it would be the WHL’s leading goal scorer, Lukas Svejkovsky getting the home side on the board first with his sixth goal of the season just 3:46 into the game.  Import defenceman Bogdans Hodass snapped a shot, intentionally wide of the Edmonton net, from the left-point causing the puck to pinball perfectly off the end boards and out the other side to a waiting Svejkovsky to put into the yawning cage.

The Oil Kings were not deterred by the inauspicious start and at the 11:06 mark tied the game thanks to a combination of a first career WHL goal and assist.  Oil Kings forward Kobe Verbicky stepped into the left-wing circle of the Tigers zone, feathered a beautiful back-door pass to Shea Van Olm who was able to get just enough on his one-timer to filter the puck through the legs of Medicine Hat netminder Garin Bjorkund to knot the game 1-1.

Just moments later the Oil Kings almost grabbed the lead after rookie forward John Szabo sped into the left-circle of the Tigers zone and snapped a wrist-shot that beat Bjorklund but clanked off the iron and stayed out.

The second period didn’t see either team hit the back of the net, but not for a lack of chances.  Oil Kings netminder Sebastian Cossa came up with a handful of big saves on 10 Tiger shots, while Bjorklund answered with 12 saves of his own.

The Oil Kings were mere millimeters from taking a late second period lead after Dylan Guenther loaded and fired a heavy wrist-shot off the crossbar from the left-circle on an Edmonton power play.

At the 8:04 mark of the third period, the Oil Kings finally grabbed the lead and again it was another first career WHL goal and assist.  Van Olm stripped a Tigers defenceman of the puck in behind the net and centered to a waiting Szabo who rifled the puck far-side past Bjorkund to give Edmonton it’s first lead of the game on his first career goal.

With the Tigers pushing for an equalizer late in the third period, their desperation paid off as veteran rearguard Daniel Baker was able to sift home a shot from the left-point to send the game into overtime with just 3:38 left in regulation.

Both teams got power play opportunities in the bonus period, but neither capitalized, forcing the game to be decided in a shootout.

In the skills competition, Svejkovsky was the only player to find the back of the net to give the Tigers the 3-2 victory.

Cossa finished the night making 28 saves on 30 Medicine Hat shots, while Bjorklund made 35 stops.  Both teams were 0-for-4 on the power play.

The Oil Kings are now off until Friday, October 15 when they welcome the Lethbridge Hurricanes to Rogers Place at 7:00 P.M.