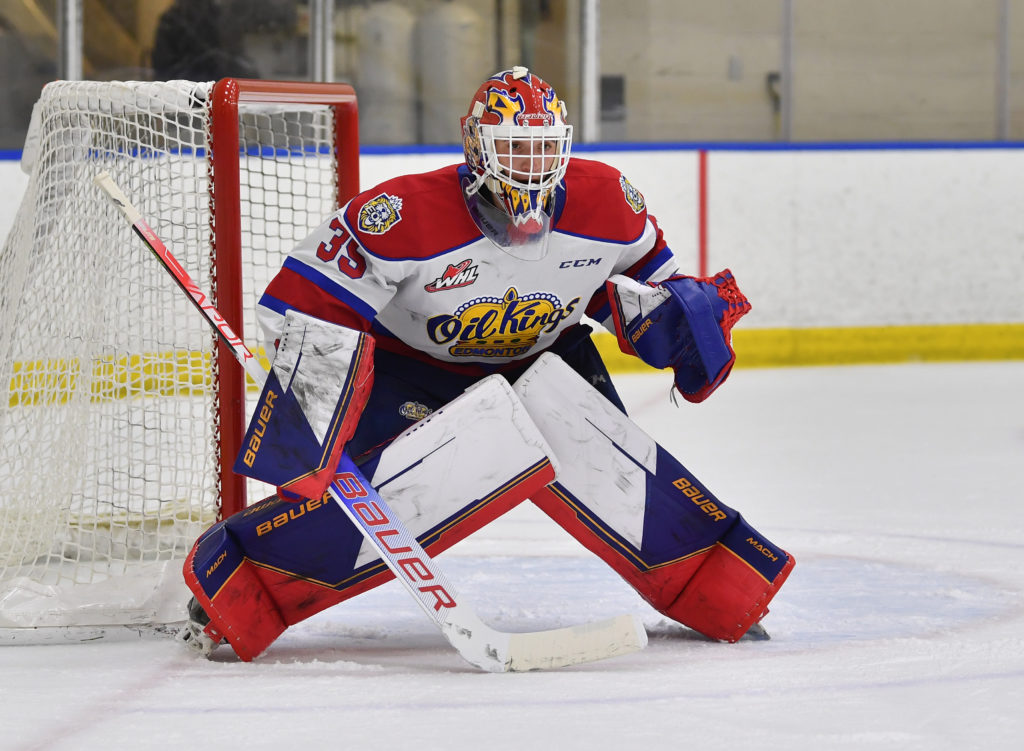 Edmonton, AB – The Edmonton Oil Kings lost 4-1 to the Calgary Hitmen on Friday night at the Downtown Community Arena in their penultimate pre-season game.

The Oil Kings came out with a physical edge in the opening frame with Marshall Finnie and Carter Kowalyk levelling multiple heavy jolts in the period, but the Oil Kings could not translate that energy into offence as they were stymied on all eight shots they had in the first 20.

The Hitmen poured 18 shots the way of the Oil Kings crease, guarded by Alex Worthington, in the first period and were able to breakthrough twice with goals from Ethan Moore and Billal Noori to take a two-goal advantage into the intermission.

In the second period, the Hitmen kept the pressure up in the Edmonton zone peppering 20 more shots the way of Worthington and were finally able to solve him for a third time in the late stages after Oliver Tulk cashed in on a back-door play to give Calgary a 3-0 lead through 40.

Midway through the third period, the Oil Kings broke the shutout bid of Spruce Grove, AB product Christian Francis after John Szabo got the last touch on a double-deflected shot by Gavin Hodnett on an Edmonton power play.

The Hitmen restored their three-goal advantage a short-time later after Zac Funk capitalized on a 5-on-3 power play to salt the game away for Calgary.

Worthington finished the night making 46 saves for the Oil Kings, while Francis stopped 22 of the 23 shots sent his way.  Edmonton went 1-for-5 on the power play, Calgary was 2-for-6.

Next up, the Oil Kings finish off their pre-season schedule tomorrow night down in Calgary as they once again square off with the Hitmen at 7:00 PM.

The Edmonton Oil Kings next home game is their regular season and home opener against the Red Deer Rebels on Friday, September 23.  The Oil Kings will raise their 2021-22 WHL Championship banner to the Rogers Place rafters that night.