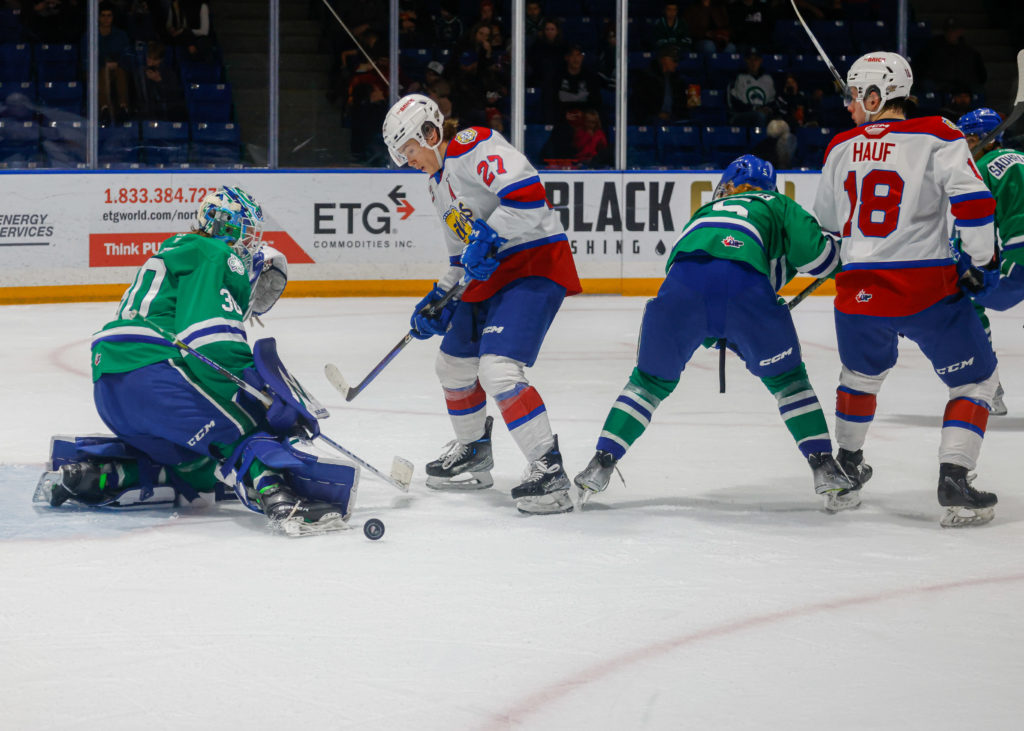 Swift Current, SK – The Edmonton Oil Kings dropped a hard-fought 5-2 decision in Swift Current to the Broncos on Friday night.

The Broncos jumped out to a 2-0 lead in the first period after getting a pair of goals from Josh Davies.

Davies’ first goal came at the 9:47 mark after he was able to snap a shot home from the left-wall of the Edmonton zone.

At 15:02 of the period, Davies added to the Bronco lead with a shorthanded tally after taking advantage of a turned over puck at the Edmonton blueline, powering his way to the Edmonton net, and stuffing the puck into the net on a nice move to his backhand.

Late in the first period, while shorthanded, the Oil Kings had a chance to cut into the Broncos lead after Carson Golder sent Gavin Hodnett in on a partial breakaway, but Swift Current netminder Reid Dyck was able to sprawl across his crease and make a left-pad save on the Edmonton forward.

In the second period, Davies completed his hat-trick with another shorthanded tally at the 9:39 mark after intercepting a pass at the Edmonton blueline and snapping a shot over the right pad of Kolby Hay.

The Oil Kings power play responded with a goal at 14:32 of the middle stanza as Carson Golder was able to rip home a rebound in the left-circle off a Vojtech Port shot for his eighth goal of the season and seventh in his last 11 games.

The Broncos were able to briefly restore their three-goal lead with just over two minutes left in the period after Matthew Ward powered a shot into the Edmonton net off a clean faceoff win.

With just 28 seconds left before the second intermission, Edmonton answered right back with Gavin Hodnett depositing a rebound at the side of the Swift Current net generated off a Carter Kowalyk shot for his fourth goal of the season.

In the third period, the Oil Kings generated a number of good looks around the Broncos net but would be unable to pull any closer.  In the dying seconds, Adam McNutt scored an empty-net goal for the Broncos.

Next up, the Oil Kings and Broncos tangle again tomorrow night in Swift Current at 6:00 P.M. MT.  You can listen to the game at oilkings.ca/radio. 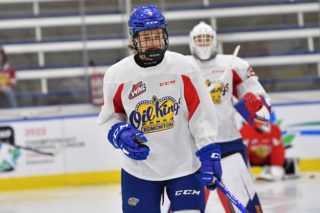