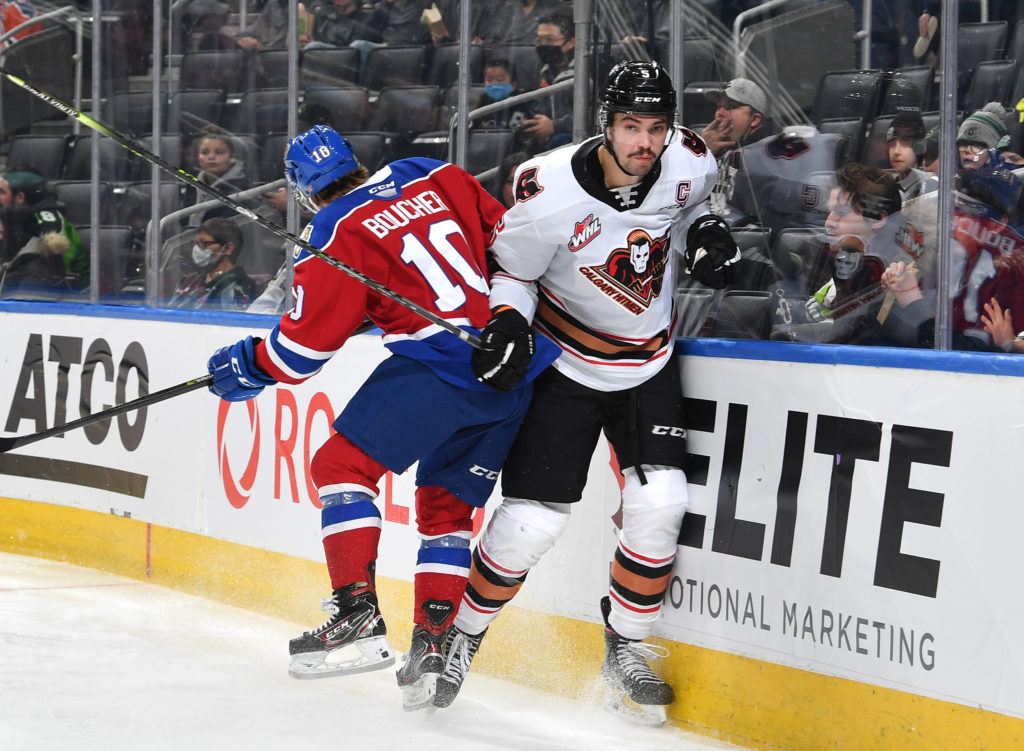 Edmonton, AB – The Edmonton Oil Kings (14-3-2-1) picked up their fifth straight win on Sunday afternoon with a 3-2 victory over the Calgary Hitmen (7-9-0-0) in what was a physical affair at Rogers Place.

The first period saw the Oil Kings gifted three lengthy power plays with the Hitmen guilty of a double-minor and two five-minute majors, but the Oil Kings would only carve out just one goal on the man-advantage in the opening 20.

At 13:44 of the frame, Josh William re-directed in a centering pass from Dylan Guenther for the period’s only goal.

The Oil Kings started the second period on the power play after the second major the Hitmen took in the first carried over, and just 1:27 into the middle stanza, Simon Kubicek extended the lead to 2-0 as he drilled home a one-timer from the blueline off a clean faceoff win by Jalen Luypen.

The Hitmen answered back 2:55 later getting a shorthanded goal from Sean Tschigerl as he bobbed and weaved his way into the Edmonton zone and snapped a shot over the glove of Sebastian Cossa from the left-circle.

The Oil Kings re-established their two-goal lead just before the intermission as Jacob Boucher was able to deflect in a Luke Prokop point shot from between the hashmarks with just 1:08 left on the clock, collecting his fifth goal in his last four games.

In the third period, the Oil Kings got 12 saves from Cossa as they were able to hold off a late third period surge from the Hitmen.  Brandon Whynott was able to pull the visitors to within a goal with just over five minutes left to go in the game, but that was as close as they would get.

Cossa finished the night with 27 saves, while Brayden Peters made 33 stops in the Hitmen cage.  The Oil Kings went 2-for-9 on the power play, while Calgary was 0-for-3.

The Oil Kings next home game is Wednesday, November 24 when they welcome the Red Deer Rebels to Rogers Place at 7:00 P.M.