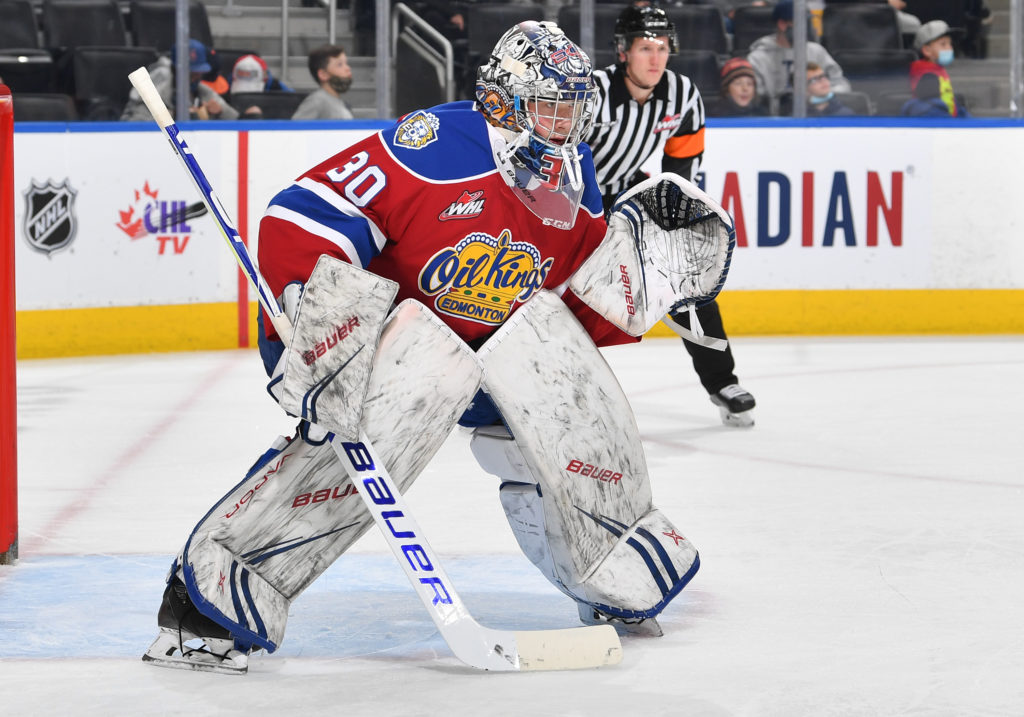 A night after racking up nine goals against the Brandon Wheat Kings, the Oil Kings wasted no time getting on the board against the Tigers striking just 2:29 into the game.  Braeden Wynne tossed a puck towards the Medicine Hat net from the right-point and Carson Latimer parked himself in front of Garin Bjorklund and re-directed in his third goal in as many games.

The Tigers were able to level the score on a power play with just 3:47 left in the frame after Ashton Ferster had a puck carom off his body from a Noah Danielson shot.

Before the period was out, the Oil Kings restored their lead off another deflected point shot, this time it was Jacob Boucher changing the direction of the puck off an Ethan Peters drive to send the home side to the intermission ahead by a goal.

The Oil Kings extended their lead to two just 49 seconds into the middle stanza after Luke Prokop rocketed home his third goal in Edmonton uniform from a sharp angle.

Edmonton outshot Medicine Hat by a 12-4 count in the period but had to settle for just the one goal to take a 3-1 lead into the third.

The Oil Kings looked to put the game out of reach just 5:17 into the period after Latimer was able to stuff home his second goal of the game to stretch the lead to three.  Even after the Tigers clawed back to a two-goal deficit on a tally from Lukas Svejkovsky just over two minutes later, the Oil Kings responded with another marker of their own at the 9:34 mark when Dylan Guenther whistled home a shot from the left-circle on an Oil Kings power play.

But the Tigers did not go quietly into the night, With just under 10 minutes left in regulation, defenceman Dru Krebs sifted home a point shot to cut the deficit back down to two goals and with less than five minutes to go, Corson Hopwo swept in the Tigers fourth goal to make it a one goal game.

The Tigers pressed for an equalizer with Bjorklund on the bench for an extra attacker, but Oil Kings rookie netminder Kolby Hay was able to bar the door to pick up his first career win in his first career WHL start.

Hay finished the night with 18 saves, while Bjorklund cast aside 35 of the 40 shots the Oil Kings tossed his way.  Edmonton was 1-for-4 on the power play, while the Tigers went 1-for-2.

Next up, the Oil Kings wrap up their five-game homestand when they welcome the Winnipeg ICE to town on Friday, October 29 at 7:00 P.M.

The Oil Kings next home game is Friday, October 29 when they welcome the Winnipeg ICE to Rogers Place at 7:00 P.M.