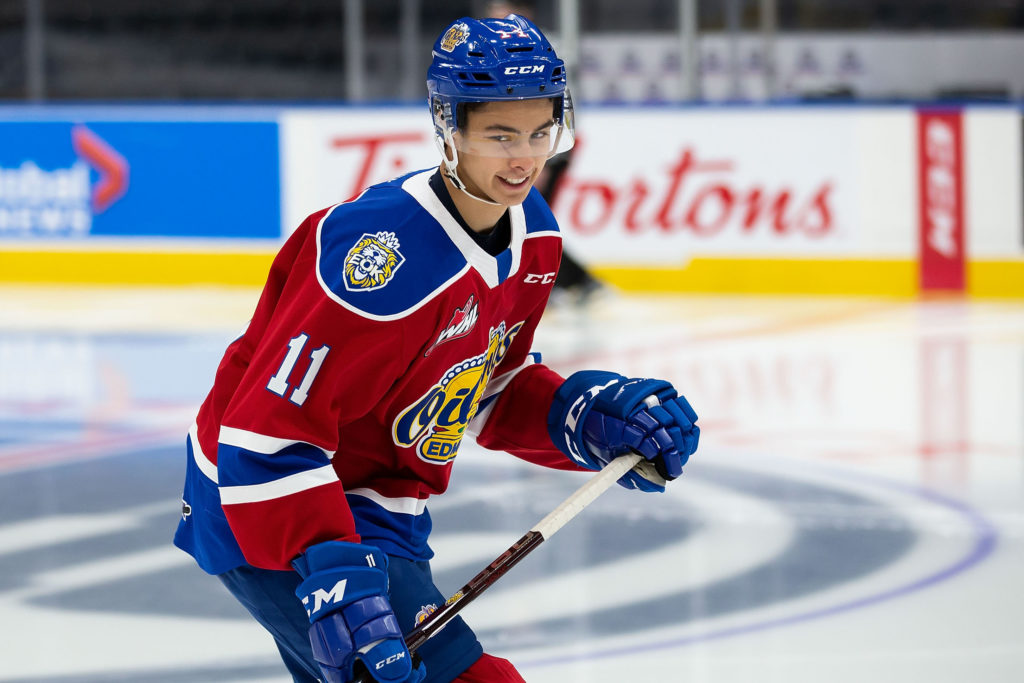 Oil Kings forward and former first round, first overall selection in the 2018 WHL Bantam Draft, Dylan Guenther, was one of 66 players selected by Hockey Canada to participate in the 2019 World Under-17 Hockey Challenge in Medicine Hat, AB and Swift Current, SK from November 2 – 9, 2019.

Players will be divided into three teams – Team Canada Black, Team Canada Red, and Team Canada White – and will compete against the Czech Republic, Finland, Russia, Sweden and the United States in their quest for a gold medal.

“After a successful development camp with the top young players in the country, there were many difficult decisions made to select the 66 players that will compete at this year’s World Under-17 Hockey Challenge,” said Brad McEwen, head scout for Hockey Canada. “We feel this group exemplifies the values of the Program of Excellence and will represent Canada with pride as we compete for a gold medal this November.”

The tournament opens with all three Canadian teams in action Saturday, November 2 at 7:00 PM MT; Team Canada Red takes on Russia at the Innovation Credit Union iPlex in Swift Current, and Team Canada Black faces off against Team Canada White at the Canalta Centre in Medicine Hat.

TSN and RDS, the official broadcast partners of Hockey Canada, will air the semi-final in Medicine Hat on Friday, November 8, as well as the bronze and gold medal games on Saturday, November 9; please check local listings for details.

Prior to the start of play, the teams will take to the ice for pre-tournament games Thursday, October 31 at 7:00 PM MT. Team Canada Black will match up against Finland at the Crescent Point Wickenheiser Centre in Shaunavon, SK, Sweden will play the Czech Republic at the Centennial Regional Arena in Brooks, AB, Team Canada White will face off against Russia at the Innovation Credit Union iPlex in Swift Current, and Team Canada Red will meet the United States at the Canalta Centre in Medicine Hat.

Other current Oil Kings who have recently competed in the tournament include Jake Neighbours (2018), Sebastian Cossa (2018), Matthew Robertson (2017) and Jacson Alexander (2017, Victoria – BCHL).

For the complete Team Canada contingent of players, click here.