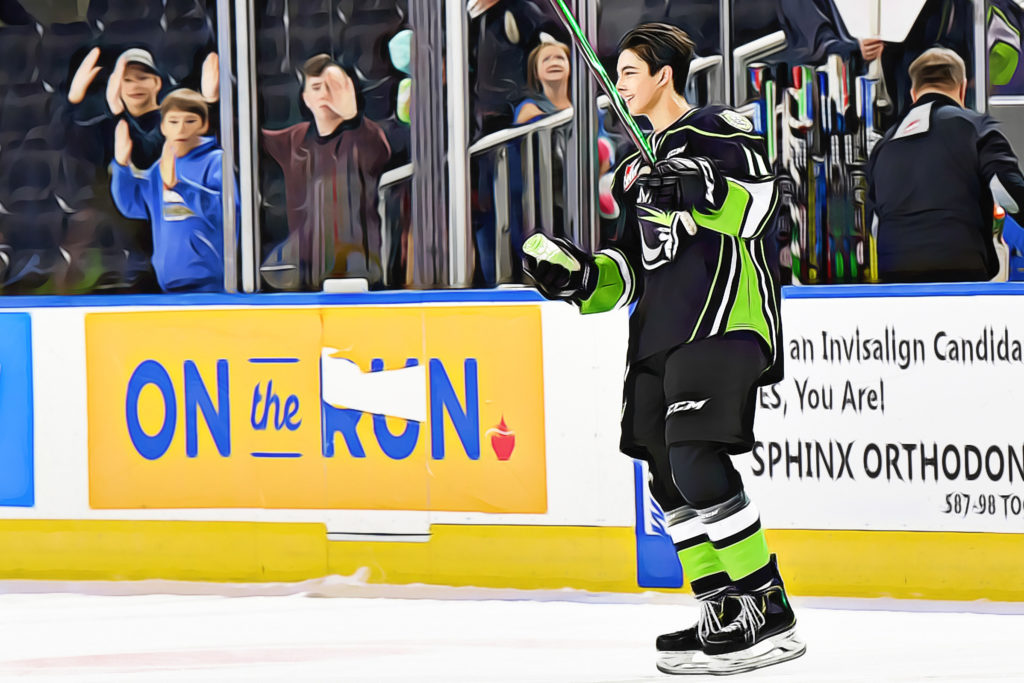 Dylan Guenther tallied his first career WHL hat trick and Sebastian Cossa maintained his unblemished record in goal as the Edmonton Oil Kings (10-1-3-0) defeated the Seattle Thunderbirds (4-5-2-1), 6-2, in front of 6,265 fans during Cartoon Festival at Rogers Place on Saturday night.

After the game fans enjoyed cartoons on the videoboard, but during the game they watched the Oil Kings earn their fifth straight win and now points in 13 of their 14 games played this season, becoming the first team in the Western Hockey League this season to double-digit wins (10).

Defenceman Conner McDonald (1G, 1A) found the back of the net in the second period, tying former captain Aaron Irving (2013-16) for most goals scored by a defenceman in modern franchise history (38).

Riley Sawchuk (1G, 1A) extended his team lead in goals to nine, registering four goals in his last three games.

Josh Williams was the other goal scorer for the first place Oil Kings, tallying his eighth point in five games (3G, 5A).

Cossa (4-0-0-0) preserved his flawless start to the season, turning aside 28 of 30 shots strewn his way by the Thunderbirds.

In the first period, Souch didn’t get everything he wanted on a pass attempt to his winger, but it worked out for the best as the feed connected with Williams for his sixth of the season on the power play, with Vladimir Alistrov picking up the secondary assist at 12:02.

Edmonton outshot Seattle by a 17-7 margin through the opening 20 minutes of play.

Guenther snapped a five-game goalless drought while managing to earn a point in his third straight game, extending the Oil Kings lead to 2-0. Guenther skated in from the bottom of the circle and beat the Thunderbirds netminder five-hole, unassisted, at 3:47. 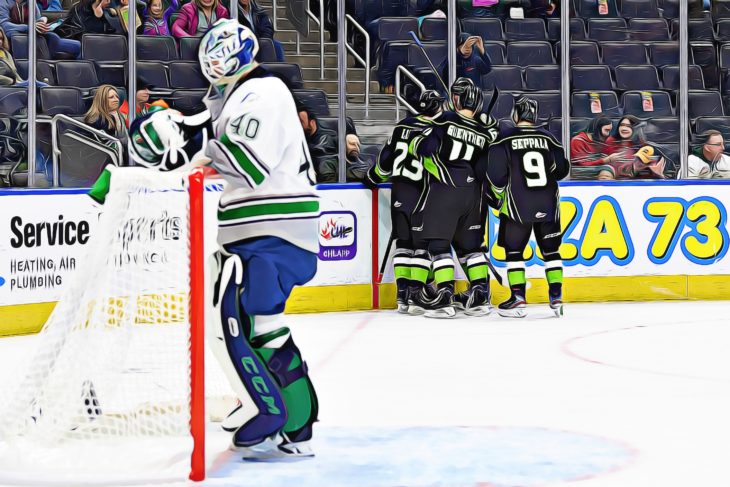 Past the midway point of the period another Oil King got back into the goal column, this one after a seven-game break, as McDonald tallied his second of the season to make it a 3-0 game from Jalen Luypen at 12:09.

In the third period, however, the Oil Kings regained control beginning with Guenther’s fourth of the campaign and second of the night, assisted by Aidan Lawson and Liam Keeler, making it 4-2 Edmonton at 6:27.

Nearly three minutes later another insurance marker was added when Sawchuk notched his ninth goal of the season, from David Kope, at 9:23 to make it a 5-2 game.

Guenther completed the hat trick with an empty net goal, from Sawchuk and McDonald, securing the 6-2 victory.

Seattle was 0-for-4 on the power play while Edmonton went 1-for-6 with the man advantage.

The Oil Kings are back in action Friday, November 1 when they host the Saskatoon Blades at Rogers Place at 7:00 PM MT. They round out next weekend’s action with a trip to Calgary to take on the Hitmen on Sunday, November 3 at 2:00 PM.