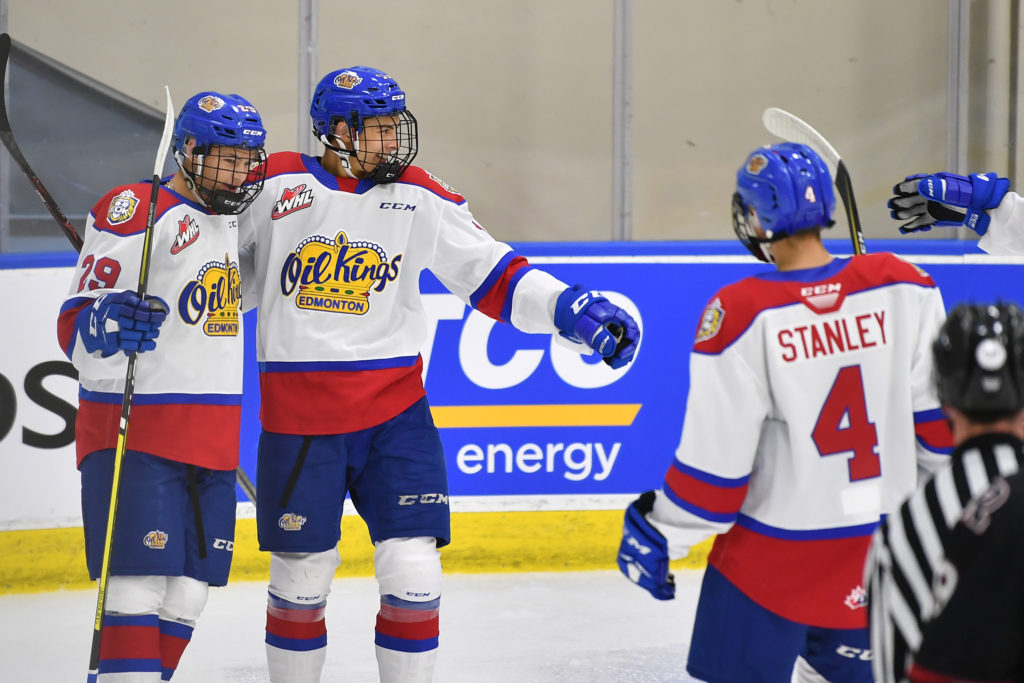 Dylan Guenther scored twice and three young netminders each impressed as the Edmonton Oil Kings downed the Red Deer Rebels, 5-2, in a Young Guns Game during the first exhibition meeting of the pre-season for either team at Edmonton’s Downtown Community Arena on Tuesday night.

Sixteen-year-old Sebastian Cossa earned the win after starting in goal for the Oil Kings and turning aside eight of nine shots he faced. Newly signed goaltenders Colby Knight and Kolby Hay combined to stop 22 of 23 shots strewn their way over the second and third periods, respectively.

Along with Guenthers two-goal night, Matthew Robertson (1G, 1A) and Carson Latimer (2A) each posted a pair of points in the win. Jesse Seppälä and Tyler Horstmann were the other goal scorers for the Oil Kings, who return to pre-season action back at the DCA on Friday, September 6 when they host the Calgary Hitmen at 7:00 PM MT.

The Rebels opened the game’s scoring with an unassisted goal by Mason Ward at 5:10, but the Oil Kings tied the game just 1:09 later with Guenther’s first of the game, assisted by Logan Dowhaniuk, at 6:19.

It was the first of four consecutive goals for Edmonton in the period, as Horstmann gave the Oil Kings a 2-1 edge with a power play goal, from Carter Souch and Robertson, at 9:59.

Guenther’s second of the game came just 38 seconds later and was also on the man advantage, making it a 3-1 game from Aidan Lawson and Latimer at 10:37.

Seppälä scored his first goal on North American soil to make it 4-1 Edmonton, from Brendan Kuny and Latimer at 11:23. 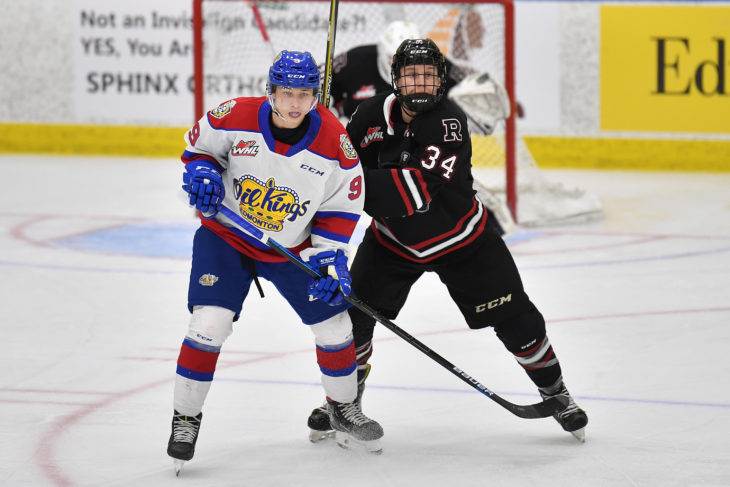 Edmonton also commanded the shot clock in the first period, outshooting Red Deer 25-9 during the first 20 minutes of play.

Cossa was between the pipes for the Oil Kings during the opening frame, turning aside eight of the nine shots.

In the second period the Rebels managed to muster more of a fight, outshooting the Oil Kings 15-6. But the teams traded a single goal – Robertson from Jake Neighbours and Liam Keeler for the home side – to maintain a three-goal lead, 5-2, heading into the third period.

Knight manned the crease for Edmonton in the middle frame – a period played at 4-on-4 – and made 14 saves on 15 shots he faced.

The third period would end scoreless, with Hay shutting the door and stopping all eight shots he faced during high-tempo, 3-on-3 play.

At the end of regulation the Oil Kings led 5-2 with a 39-32 edge in shots on goal. The game then went to a three-round shootout (as per predetermined preseason format for the game).