MENU
THE WESTERN HOCKEY LEAGUE HAS ANNOUNCED ITS RETURN TO PLAY PROTOCOL FOR THE 2020-21 SEASON
September 27, 2019 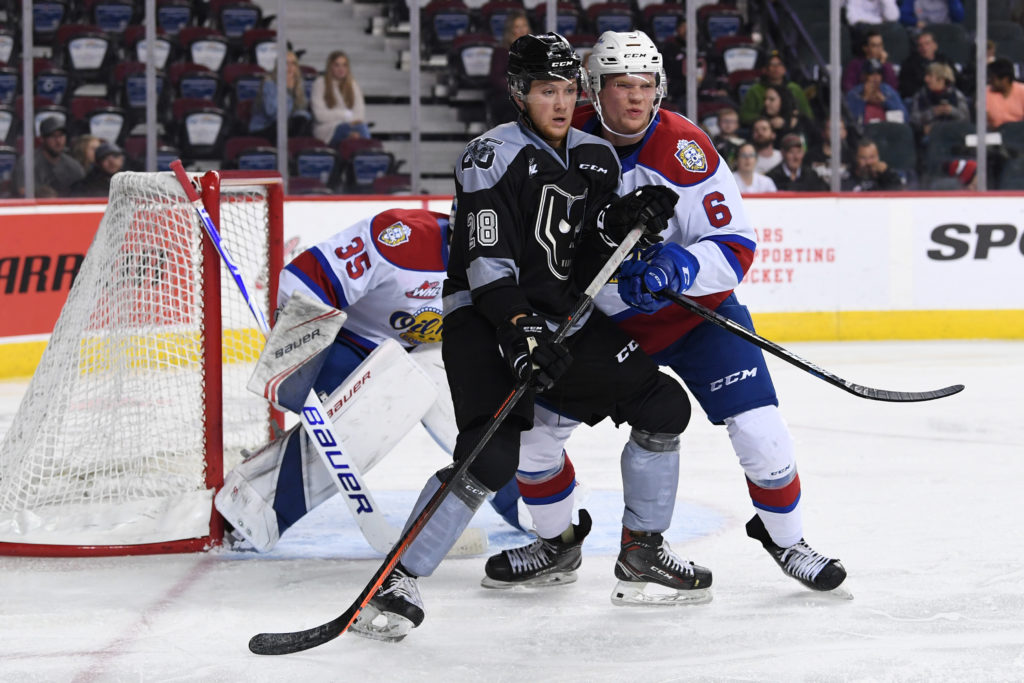 The Edmonton Oil Kings travels to their second road game of the regular season and the results they encountered tonight were one and the same;

The Calgary Hitmen (1-0-1-0) overcame a first-period, 2-0 deficit and battled back to tie the game, 3-3, late in the third before claiming a 4-3 overtime victory over the Oil Kings (2-0-1-0) in front of 5,137 fans at the Scotiabank Saddledome as the Western Hockey League’s version of the Battle of Alberta restored its competitive rivalry on Friday night.

The division foes earned their first win of the season, while the Oil Kings endured their first loss, albeit picking up the extra point in OT. The loss was the first during regular season play for Edmonton in 13 games dating back to February 15, as the team finished the 2018-19 season with 11-straight wins and opened the current campaign with back-to-back victories.

Jake Neighbours opened the game’s scoring on a heads-up play, as Riley Sawchuk held possession of the puck beneath the Calgary goal line and found Neighbours open at the top of the crease, who then beat McNaughton to give Edmonton a 1-0 lead at 6:55, with the second assist to Josh Williams.

The Oil Kings took a 2-0 lead on the first penalty called on the night, and capitalized just seven seconds into the man advantage as Dylan Guenther buried his first of the season, from Carter Souch and Scott Atkinson, at 13:15 to close out the first period of play.

The second period proved to be a contentious one, with 12 total penalties being whistled between the two teams.

Past the midway point of the period the Hitmen came to within one, making it 2-1 at 12:10. During their third power play of the period Calgary would tie the game, 2-2, but second period scoring didn’t end there.

The Oil Kings once again regained the lead, 3-2, as Williams fended off two Hitmen defencemen for his second of the season, from Sawchuk and Neighbours, at 19:04 to round out the offence in the middle frame.

In the third, Carson Focht’s first of two goals once again evened the score, 3-3, which proved to be the lone tally of the period.

Focht would seal the victory and the extra point at 1:26 of overtime to give the Hitmen their first win of the season in their home opener.

Calgary was 1-for-4 on the power play while Edmonton finished the game going 1-for-3 with the man advantage.

The Oil Kings are back in action on Sunday, September 29 when they host the Lethbridge Hurricanes at Rogers Place at 4:00 PM.