MENU
THE WESTERN HOCKEY LEAGUE HAS ANNOUNCED ITS RETURN TO PLAY PROTOCOL FOR THE 2020-21 SEASON
June 26, 2019 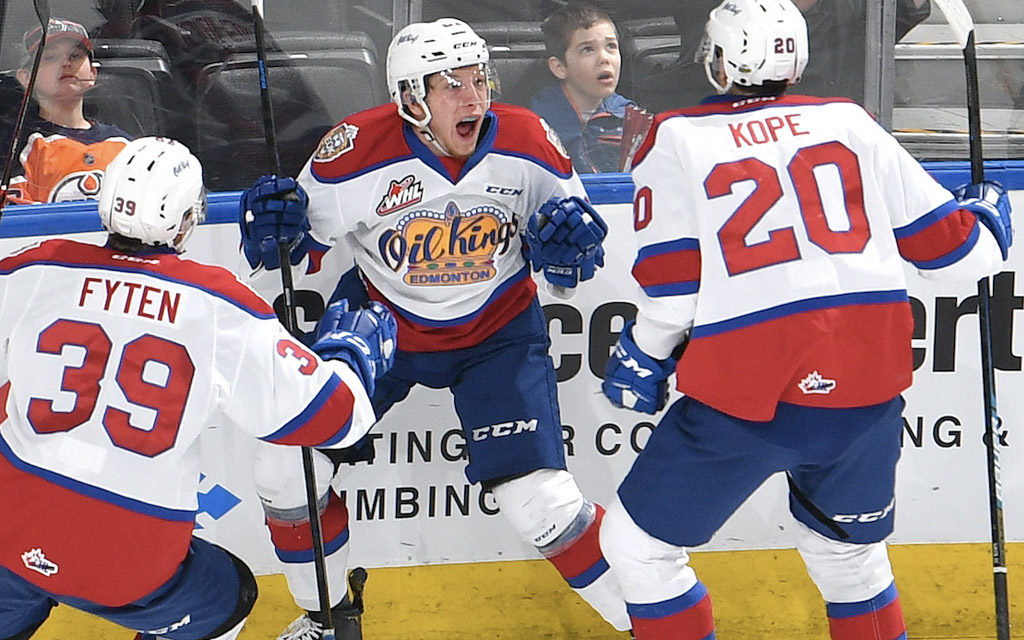 The 5’11”, 201-pound forward finished second in rookie scoring with the Oil Kings this season, and tied for third in team scoring in the 2019 WHL Playoffs, registering 12 points in 16 games. He amassed a faceoff winning percentage of 42.9% and led the team with two game winning goals. Neighbours was acquired by the Oil Kings in the first round, fourth overall in the 2017 WHL Bantam Draft.

Four goaltenders, 14 defencemen and 26 forwards, will compete for a chance to represent Canada at 2019 Hlinka Gretzky Cup in Breclav, Czech Republic, and Piestany, Slovakia. One of the only true, best-on-best competitions for this age group, the Hlinka Gretzky Cup will see Team Canada play its preliminary-round games at Ice Bors Arenain Breclav. The event will run from August 5-10, with Canada facing off against the Czech Republic, Finland and Switzerland in preliminary round action.

In 2018, Canada captured gold on home ice, defeating Sweden 6-2 in the gold medal game with a team that included 14 players who were selected in the 2019 NHL Draft last weekend.

The Hlinka Gretzky Cup will return to Canada in 2020, with Edmonton and Red Deer, Alberta serving as co-host cities.

Oil Kings Season Seats for the 2019-20 Regular Season are on sale now starting at just $48 per month! Visit OilKings.ca/seasonseats for more information or to purchase yours today!