Jake Neighbours named McSweeney’s Player of the Month for November 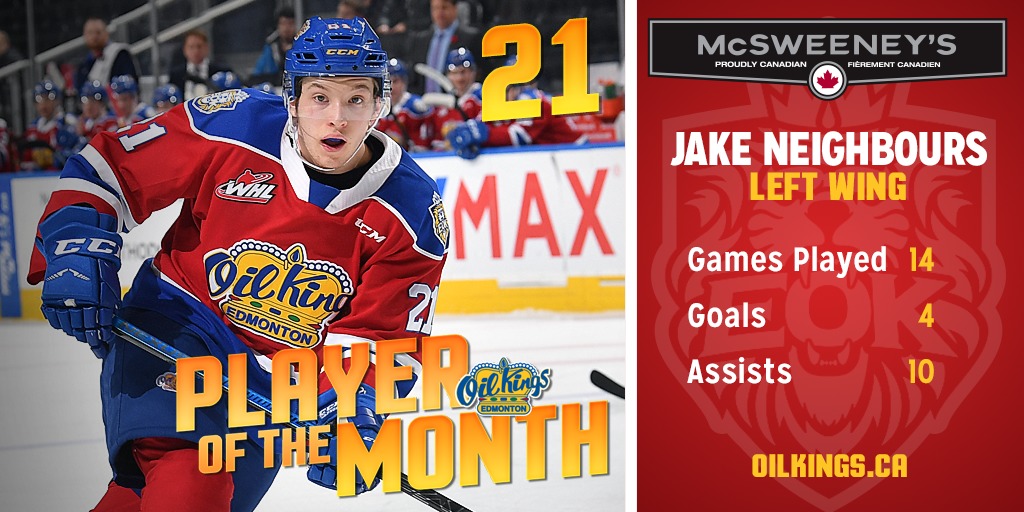 Edmonton Oil Kings forward Jake Neighbours has been named the McSweeney’s Player of the Month for November.

The 17-year-old native of Airdrie, AB picked up four goals and ten assists for 14 points in 14 games during the month.

His 14 points were highlighted by a three-game point streak from November 5-9 (1G, 5A) which included a goal and two assists versus the Calgary Hitmen on November 9.

The Oil Kings are back in action on Friday, December 6 when they take on the Hitmen at the Scotiabank Saddledome at 7:00 PM. They return home to wrap up a home-and-home with Calgary on Saturday, December 7 when the team hosts its 13th annual Teddy Bear Toss presented by The Brick at 7:00 PM. Limited tickets are still available.