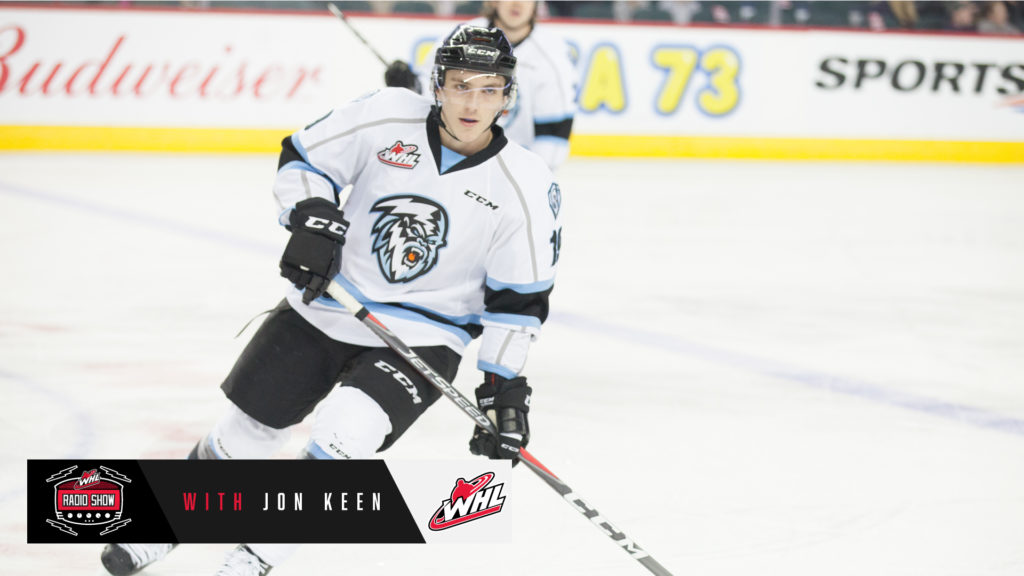 Episode Nine of the WHL Radio Show with Jon Keen takes a closer look at three players all excelling in their respective age categories.

Kootenay ICE forward Peyton Krebs is a potential first-round selection in the upcoming 2019 NHL Entry Draft. Krebs is having a strong season with ICE, posting 27 points (6G-21A), and leads off the show.

Edmonton Oil Kings forward Jake Neighbours is fresh off representing Canada at the World Under-17 Hockey Challenge in New Brunswick. He was also the WHL Rookie of the Month for October. We’ll spend some time with him.

The WHL On The Run Player of the Week is overage forward Riley Woods of the Spokane Chiefs. He’s having a break-out season with the high powered Chiefs and will join us to discuss the strong start.

Also this week, the hottest team in the WHL’s Western Conference are the Everett Silvertips. Assistant Coach Harry Mahood explains what’s motivating them this season.