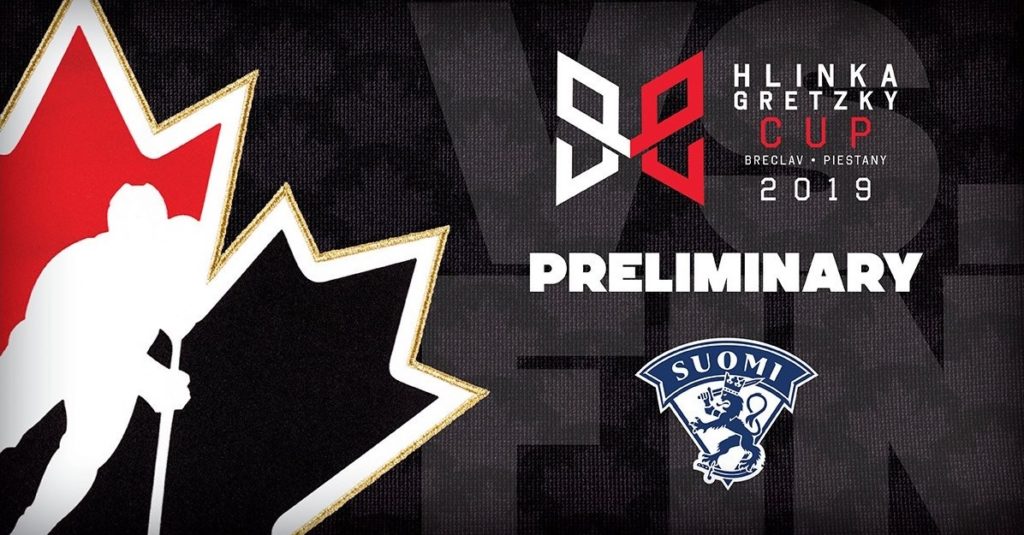 Canada opened tournament play at the 2019 Hlinka Gretzky Cup Monday with a 6-0 blanking of Finland in Breclav, Czech Republic.

Take a peek at the Canadian line-up…

Like Saturday’s pre-tournament game against Slovakia, Canada scored three goals in the first period to build an insurmountable lead. They scored a single goal in the second and added two more in the third. The final shots were 34-17 for Canada.

Preliminary-round action continues Tuesday when the Canadians take on Switzerland (9:30 AM ET / 6:30 AM PT).

GAME OVER! @lennox30_ finishes the shutout to backstop 🇨🇦 to a 6-0 win over 🇫🇮. #HlinkaGretzkyCup