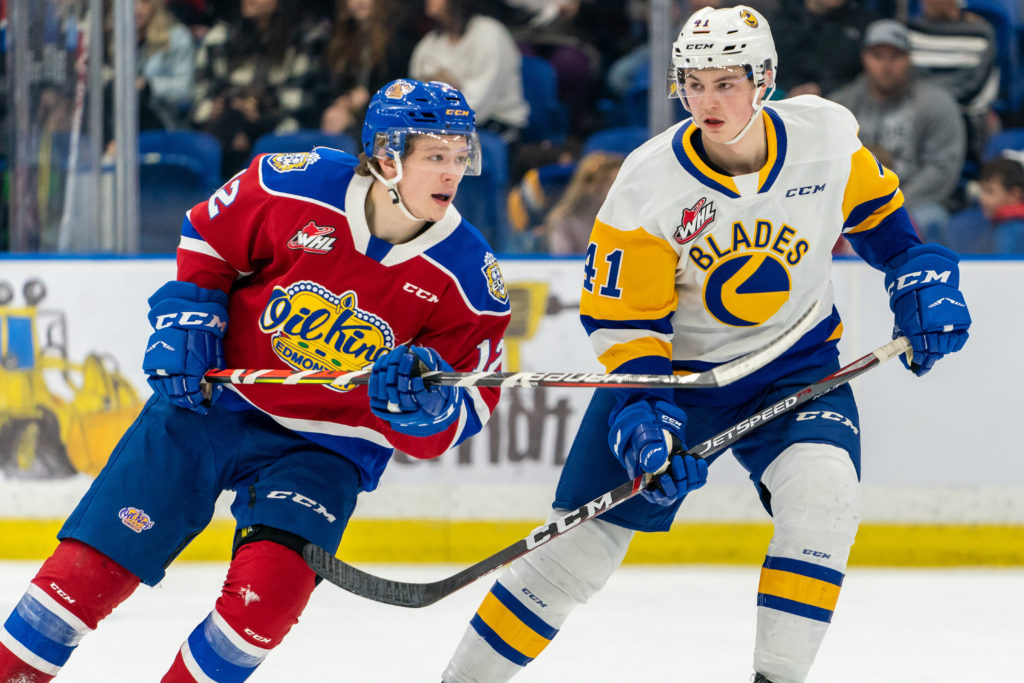 What a difference 32 seconds can make.

The Oil Kings dominated the shot clock all night long, but a goal by Blades captain Chase Wouters with their goaltender pulled late in the third made way for an improbable equalizer, which would eventually end in the home team’s favour.

Goaltender Beck Warm (11-14-3-2) did his part, stopping 22 of 23 shots he faced in regulation but was saddled with the loss in the shootout.

Dylan Guenther with his 16th of the season was the lone goal scorer for the Oil Kings – both in regulation and again in the shootout.

The loss snaps a four-game win streak for the Oil Kings, but maintains the impressive allotment of points in 15 of their last 16 games played (13-1-1-1).

The first period of play was a scoreless affair, despite the Oil Kings earning a 5-on-3 man advantage for 1:25 just prior to the midway point of the period. Edmonton commanded the shot clock, 15-6, during the first 20 minutes.

In the second, captain Scott Atkinson made a heads-up play at the Saskatoon blue line to keep the puck in the offensive zone and fed Vladimir Alistrov deep, who found Guenther open at the side of the net, burying his 16th of the season to make it a 1-0 game at 13:41.

It was the only goal it seemed the game would see, until the Blades captain – with the Saskatoon net empty – tied the game, 1-1, with 32 seconds remaining in regulation.

Overtime solved nothing, so a shootout followed with the Blades electing to shoot first.

Saskatoon led in shots 10-9 in the third, and a 2-2 stalemate occurred in the overtime frame for a game total of 37-23, Edmonton.

Saskatoon was 0-for-1 on the power play, while Edmonton was 0-for-3 with the man advantage.

The Oil Kings complete their three-game eastern swing when they take on the Prince Albert Raiders in short order, Saturday, January 11 at 6:00 PM MT. The team returns home to Rogers Place on Friday, January 17 when they host the Raiders for a 7:00 PM MT start.