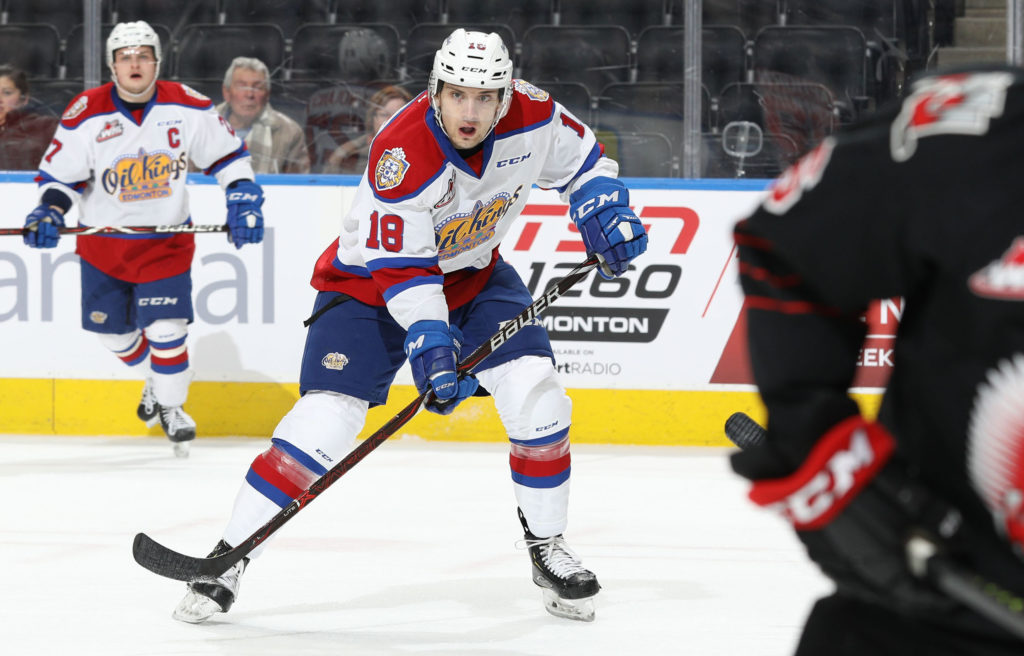 Loschiavo had a chance to give the Oil Kings a 1-0 lead at the 7:10 mark of the second period on a penalty shot, but he was turned aside by Warriors goaltender Adam Evanoff.

Just minutes later it was Moose Jaw who would take the 1-0 advantage, as Carson Denomie scored his third of the season at 12:55 which proved to be the lone goal through the first 40 minutes of play.

In the third, Loschiavo made it a 1-1 game with his 25th of the season, from Quinn Benjafield and Trey Fix-Wolansky just 2:11 in.

Andrew Fyten gave Edmonton its first lead of the game near the midway point of the period with his 14th of the campaign, from Carter Souch, at 10:54.

Less than two minutes later the Oil Kings were whistled for holding, and just 17 seconds into the man advantage the Warriors tied the game, 2-2.

But just 39 seconds after that Loschiavo tallied his second of the night, again from Benjafield and Fix-Wolansky, which proved to be the eventual game winner.

Moose Jaw was 1-for-5 on the power play, while Edmonton finished the game going 0-for-3 with the man advantage.

The Oil Kings play their third and final game in as many days tomorrow, Friday, February 15 when they take on the Regina Pats at 6:00 PM MT (7:00 PM CT).