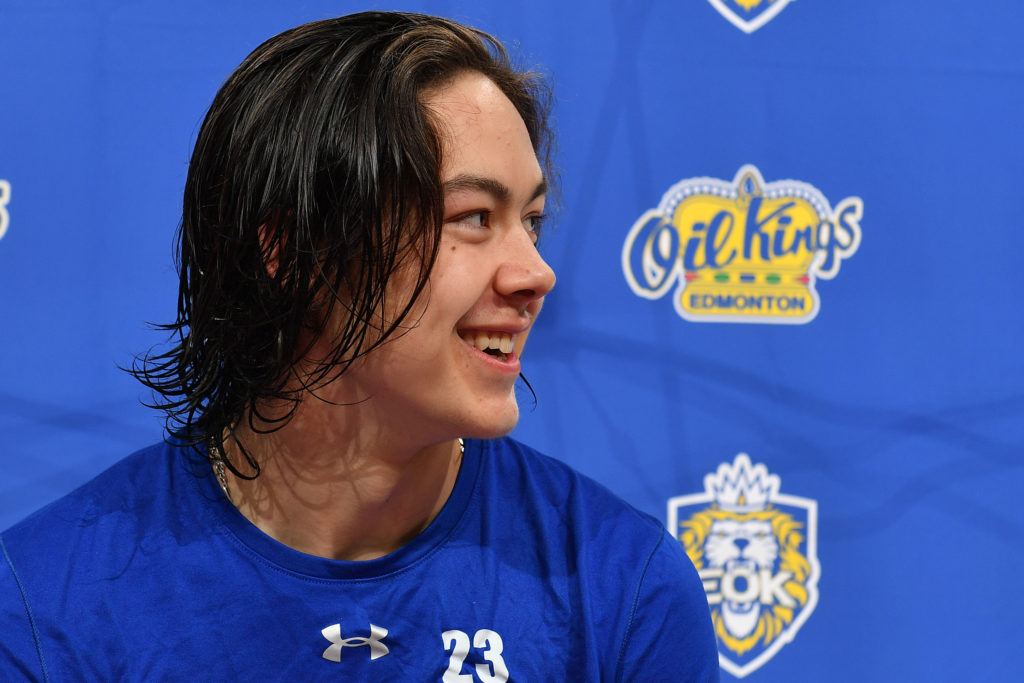 When Edmonton Oil Kings forward Jalen Luypen scored to send 14,981 stuffed animals flying onto the ice during the Teddy Bear Toss against the Kamloops Blazers last season, he thought it would be one of the biggest goals of his career.

Ironically, Jalen inspired a whole other sense of generosity when he met and surpassed a far greater goal this past week.

On Wednesday, Jalen – accompanied by his Oil Kings teammates – closed the book on his fundraising initiative, Shave Your Lid For A Kid, and had his head shaved at centre ice of Rogers Place after collecting an incredible $5,450 in donations to support Kids Cancer Care. 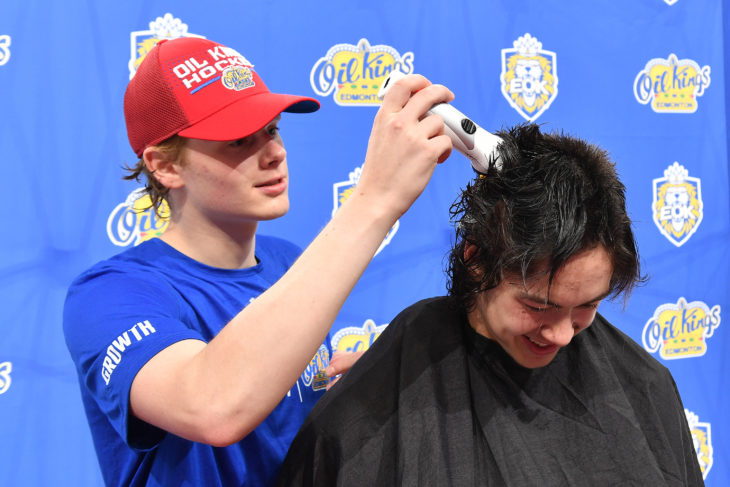 “I started to grow it in January and [the idea] came to me around March when [my hair] was getting really long,” said Jalen. “I thought I would do something great with it and raise money for Kids Cancer Care.”

The cause hit home for Jalen when the illness – in this case, breast cancer –  took aim at a member of his family, his Aunt Aidan. It was all the motivation he needed to do his own part to fight the disease and try to help countless others who have been affected – all in his aunt’s name.

“In the beginning, donations started out kind of slow. Then it just took off. When you look at where we ended up, it’s pretty crazy,” he said.

He started off with a sizable goal of $2,323 in homage to his jersey number – 23 – with the Oil Kings, but he had no idea he would ultimately blow that goal out of the water and raise a total of 235% of his initial mark. 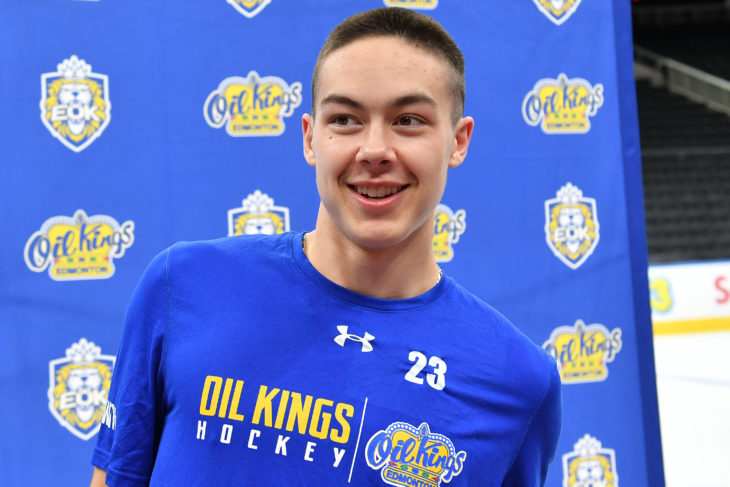 “I was absolutely blown away with everyone helping me out. Especially the team, they’ve all been great. They helped me spread the word on social media and shared it.

“And I really want to give a big thanks to everyone who donated,” he added. “A lot of my old coaches, family members, teammates families – so many people gave money.”

There’s no longer a risk of those luscious, dark curls obstructing his view after Wednesday’s on-location, top shelf haircut by Tommy Gun’s Original Barbershop. Now, his sights are set firmly on the upcoming season – and weekend – as the Oil Kings get set for their 2019-20 Home Opener at Rogers Place on Sunday, September 22 at 4:00 PM.

Thanks to efforts like Jalen’s, he and others will continue to have the support of loved ones in their corner, cheering them on every step of the way.

Today was the day!! Just wanted to say a thank you to everyone that helped raise money for @KidsCancerCare , it’s a true honour to have been able to help in a small way. pic.twitter.com/QcplLbsg3n 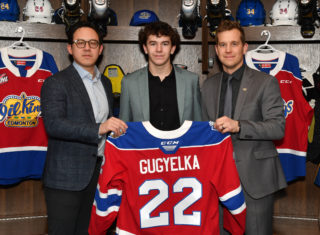