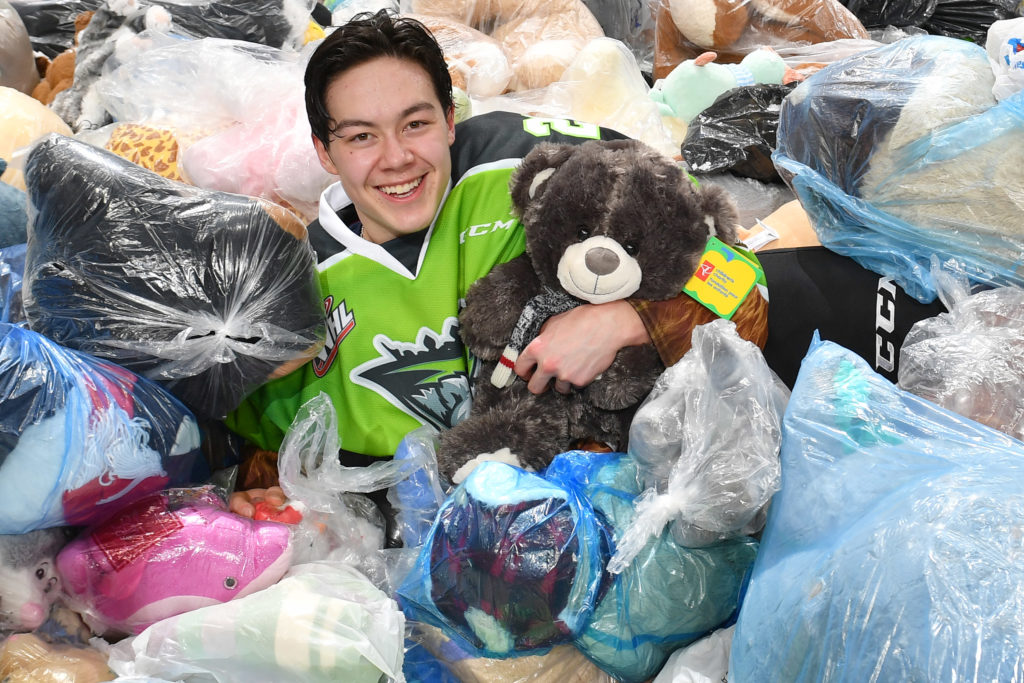 Trey Fix-Wolansky brought the heat in overtime, but not before Jalen Luypen made it rain.

The Edmonton Oil Kings (16-11-3-2) got a goal from their captain just 30 seconds into extra time to propel his team to a 3-2 overtime win over the Kamloops Blazers (12-11-2-1) in front of a sell-out crowd of 18,103 fans at Rogers Place for the team’s 12th annual Teddy Bear Toss presented by The Brick on Saturday night.

Luypen was this year’s coveted teddy bear goal scorer, notching his fourth goal of the season at the 13:28 mark of the second period to send 14,981 bears to the ice – a new Oil Kings benchmark, surpassing last year’s total of 14,122 collected for 630 CHED Santas Anonymous.

Dylan Ferguson (7-9-2-0) was challenged much more, surrendering three goals but making 37 saves in the process.

It would be a long-awaited debut for the teddy bears, as the first period remained scoreless with the Oil Kings outshooting the Blazers, 17-8.

Approaching the midway point of the second period, Blazers captain Jermaine Loewen was called for checking from behind, being dealt a five-minute major and a game misconduct.

The teddy bear goal appeared to loom with the Oil Kings on the extended man advantage, but time expired on the power play with the game still tied, 0-0.

But just 21 seconds after the Blazers found themselves back at even strength the Oil Kings finally sent the teddy bears flying onto the ice at Rogers Place. 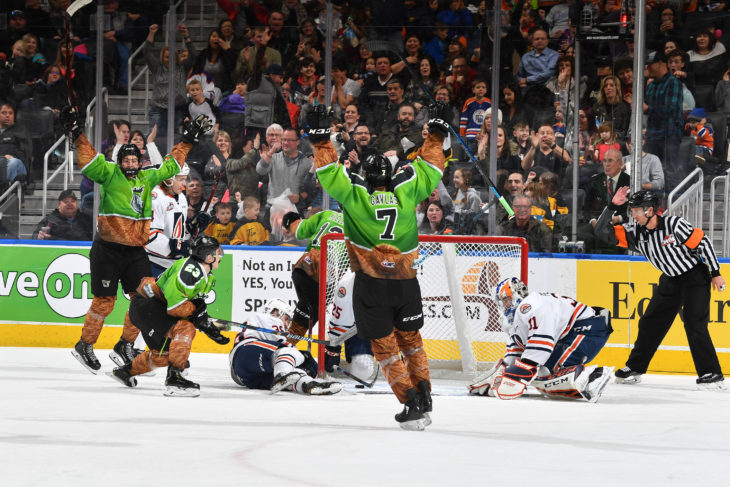 Luypen’s fourth goal of the season was the Oil Kings 29th shot of the game, assisted by Liam Keeler and Dylan Guenther at 13:28. The game saw just a 19-minute delay before all the bears were cleared, the players returned to the ice, and play was back underway.

Orrin Centazzo made it a tie game, 1-1, with just 1:19 to play in the second period with his ninth of the season, from Brodi Stuart and Zane Franklin, to send the game to a third period stalemate.

Shots on goal through 40 minutes of play favoured Edmonton, 33-14.

With under five minutes to play in regulation the Oil Kings appeared to have scored, and after a review by the referees it was deemed a good goal as Carter Souch buried his fifth of the season, from Quinn Benjafield and Wyatt McLeod, to give Edmonton what seemed to be the lead for good at 15:50.

But with just 12 seconds remaining in regulation the game was once again tied, as the Blazers capitalized with Martin Lang wide open in front of Myskiw, from Zane Franklin and Connor Zary, sending the game to overtime, 2-2.

The Oil Kings, however, did not let the momentum shift as Fix-Wolansky scored his 21st goal of the season just 30 seconds into the extra frame after breaking in all alone, giving his team the 3-2 victory with the lone assist to Matthew Robertson. 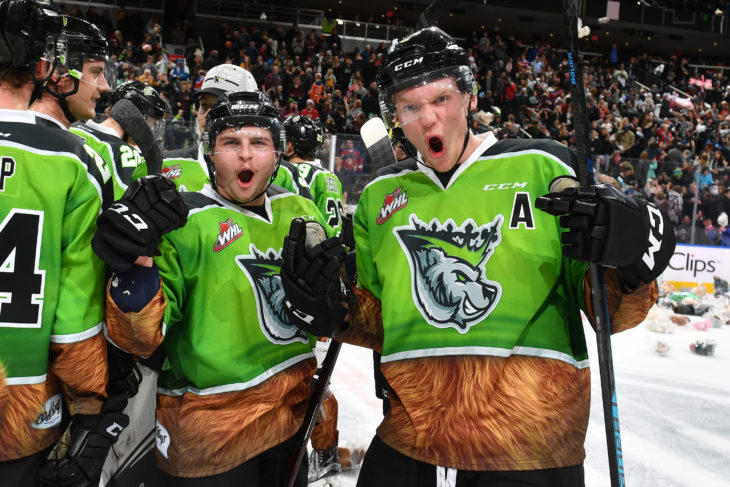 Kamloops was 0-for-3 on the power play while Edmonton finished the night going 0-for-5 with the man advantage.

Wyatt McLeod, Scott Atkinson and Matthew Robertson each wore an “A” and skated as alternates to captain Trey Fix-Wolansky.