MENU
THE WESTERN HOCKEY LEAGUE HAS UPDATED ITS RETURN TO PLAY PLAN FOR THE 2020-21 SEASON
December 8, 2019 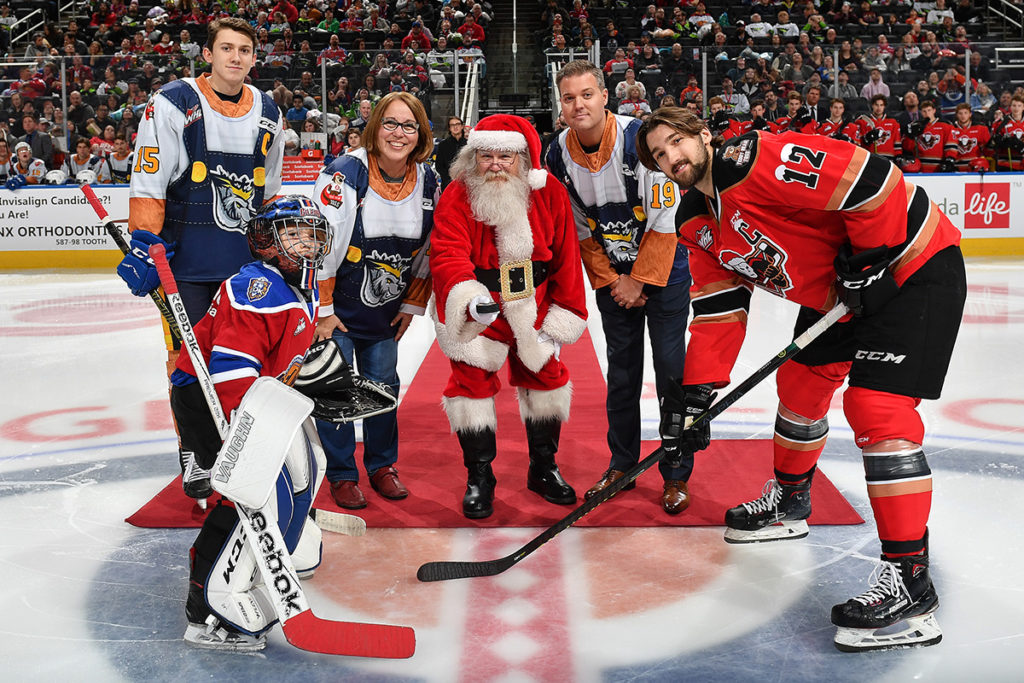 The game was of course the team’s 13th annual Teddy Bear Toss presented by The Brick, which saw an astounding 18,105 fans fill the seats for the fourth consecutive sellout of the Teddy Bear Toss at Rogers Place.

As for the bears, a record-high 16,491 stuffed teddies soared through the air and onto the ice, breaking the previous high of 14,981 set during last year’s game.

The teddy bear goal getter was 20-year-old Ethan McIndoe, who added another significant memory to his list of junior hockey milestones after tallying the goal at the 19:09 mark of the second period. 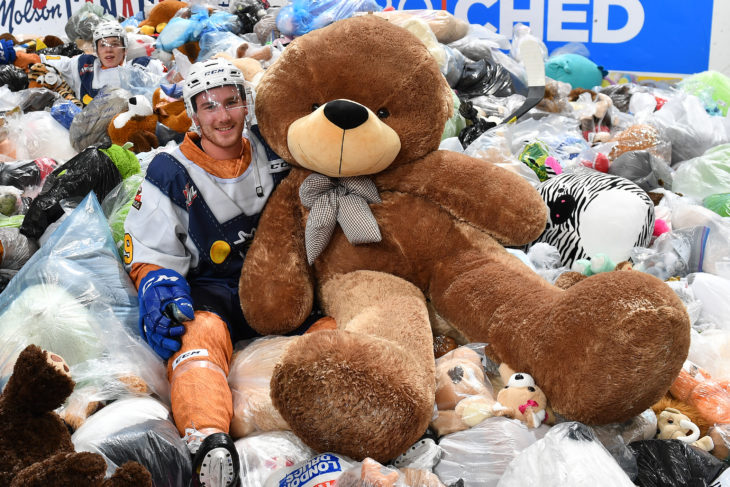 Before the puck was officially dropped, a special guest (well, two – if you include Santa Claus!) was a part of the team’s ceremonial face-off.

Each home game the Oil Kings feature a Brookfield Residential ‘In The Lineup’ skater who stands with the team for the national anthem(s). Saturday’s skater was Oliver Bosma, who was diagnosed with Type One Diabetes when he was 15 months old, and developed a brain tumour six months later at the age of just 21 months.

A day after finding the tumor he underwent emergency, life-saving surgery at the Stollery Children’s Hospital. It took doctors six hours to complete the surgery, and now, Oliver is a happy and healthy eight year old goalie, who was invited by Oil Kings captain Scott Atkinson from the blue line to centre ice to take the prestigious draw in front of the large crowd. 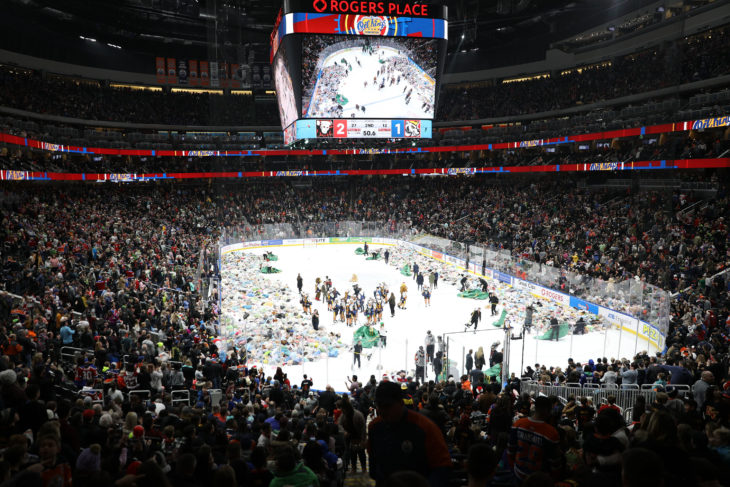 On the scoresheet, Josh Williams tallied the other goal for the Oil Kings, who have earned nine of a possible ten points in their last five games (4-0-1-0).

Jack McNaughton (10-2-1-1) picked up the win, rounding out the home-and-home between the two clubs with a 19 save night.

Just one goal was scored in the game’s opening 20 minutes and it belonged to the visitors, as the Hitmen skated into the first intermission with a 1-0 lead.

Shots on goal were 13-6, Calgary in the first period of play.

Midway through the second period the Hitmen doubled their lead to 2-0 with a power play goal at 9:06.

But before the period was out the bears finally flew, as McIndoe’s sixth of the season came by way of the power play and was a skilled tip of a Matthew Robertson shot from the point with just 51 seconds left in the second, with the other helper to Riley Sawchuk.

Down 2-1 in the third, the Oil Kings pressed for the equalizer and got it on the stick of Williams, his 14th of the season, from Carter Souch and Scott Atkinson to make it a 2-2 game at 7:35. 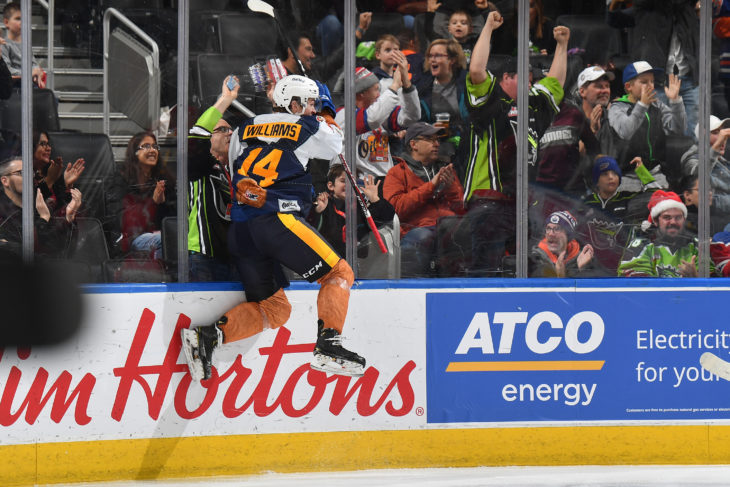 The remainder of regulation remained tied, sending the game to overtime earning Edmonton a point in its fifth straight game.

In the overtime period, the Oil Kings outshot the Hitmen 3-1 and maintained possession during the majority of the 3-on-3 overtime, but it was Jett Woo who scored his fourth of the season, from Mark Kastelic, at 2:31 to clinch the win.

Calgary was 1-for-3 on the power play, while Edmonton was 1-for-3 with the man advantage.

The Oil Kings are back in action on Wednesday, December 11 when they host the Swift Current Broncos for the first of two straight between the clubs at Rogers Place at 7:00 PM MT.