MENU
THE WESTERN HOCKEY LEAGUE HAS ANNOUNCED ITS RETURN TO PLAY PROTOCOL FOR THE 2020-21 SEASON
February 18, 2019 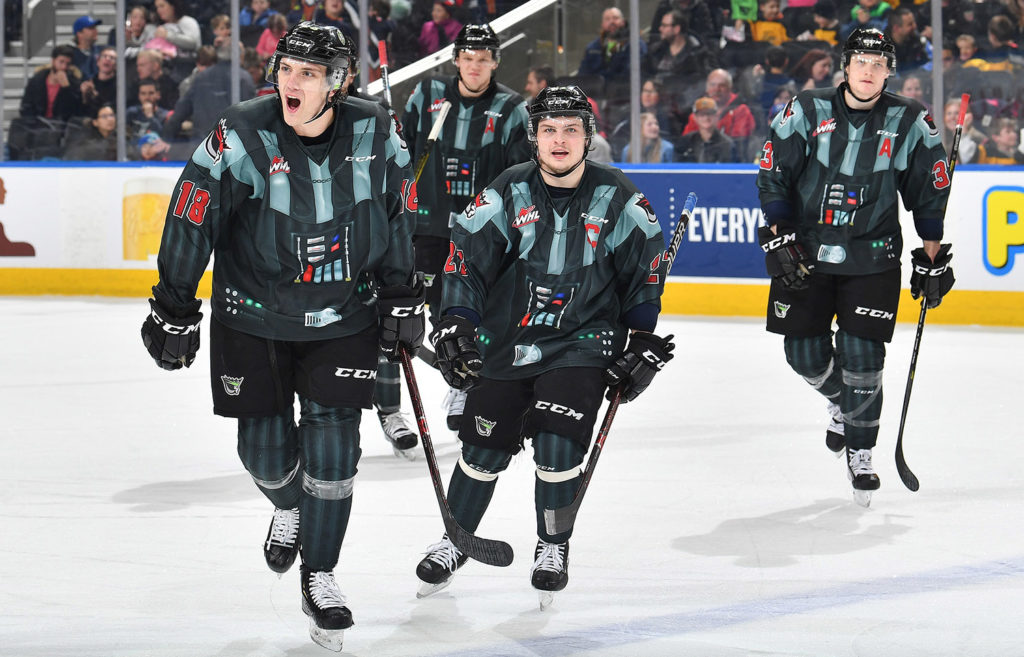 Even George Lucas couldn’t have drawn up a better script for the Edmonton Oil Kings on Family Day Monday.

After being shut out for the first time this season in their most recent game action – 4-0 to Regina on Friday night – the empire struck back to earn a 5-0 shutout victory of their own over the Medicine Hat Tigers in front of a robust crowd of 11,296 fans on Star Wars Night at Rogers Place.

The win also marked the first career WHL shutout for goaltender and First Star of the game, Dylan Myskiw (21-11-2-3), who put forth an extraordinary effort with 38 total saves on the afternoon.

The loss for the Tigers (31-22-3-2) was their fourth in a row, while the Oil Kings got back into the win column while maintaining their lead (72 points) atop the Central Division standings.

The Lethbridge Hurricanes (70) remain two points back of Edmonton in the division with a win over Kootenay on Monday, while Medicine Hat sits at 67 points; five points back of the Oil Kings.

Atkinson’s ninth of the season opened the game’s scoring, from Alistrov and Pavlenko, at 2:30. Andrew Fyten made it 2-0 just 21 seconds later with his 15th of the season, going bardown from Matthew Robertson and Jake Neighbours, at 2:51.

At 4:14 Alistrov, assisted by Atkinson and Pavlenko, made it 3-0 which is how the game would remain until just under seven minutes left in the third period.

Benjafield registered his 12th of the season on the power play, from Alistrov and Vince Loschiavo, to make it 4-0 Edmonton. Loschiavo inched closer to matching his single-season high of goals in a season (29 in 2016-17) with his 27th, from Trey Fix-Wolansky and Benjafield, to round out the game’s scoring at 18:03.

Medicine Hat was 0-for-5 on the power play, while Edmonton finished the game going 1-for-3 with the man advantage.

The Oil Kings are back in action on Friday, February 22 when they host the Red Deer Rebels for a 7:00 PM MT start.