MENU
THE WESTERN HOCKEY LEAGUE HAS ANNOUNCED ITS RETURN TO PLAY PROTOCOL FOR THE 2020-21 SEASON
July 30, 2019 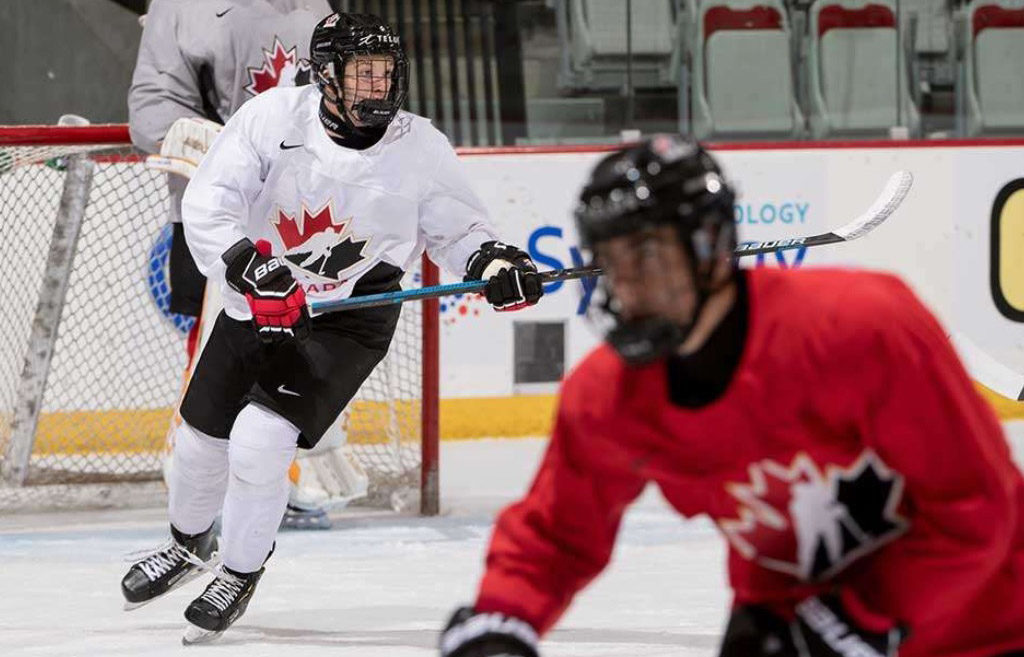 Oil Kings forward Jake Neighbours was one of 22 players named to Team Canada’s roster ahead of the 2019 Hlinka Gretzky Cup in Breclav, Czech Republic and Piestany, Slovakia, taking place August 5-10, 2019.

The roster consists of two goaltenders, seven defencemen and 13 forwards, including two players who were a part of Canada’s National Men’s Under-18 Team that competed at the 2019 IIHF U18 World Championship in Sweden last April.

Twenty-one of the 22 players, including Neighbours, participated in the 2018 World Under-17 Hockey Challenge in Saint John and Quispamsis, N.B.

“We were pleased with the level of competition at selection camp, and our staff is confident in the 22 players that have earned their spot on Team Canada for the Hlinka Gretzky Cup,” said Brad McEwen, head scout for the Program of Excellence. “The skill and intensity showed by all 44 players at camp made our decisions difficult, but we know our players and staff will embrace the opportunity to wear the Maple Leaf as we look to bring home a gold medal.”

The selections were made by McEwen, Alan Millar, the U18 lead for the Program of Excellence management group, and Ben Shutron, manager of men’s national teams for Hockey Canada. Canada’s National Men’s Summer Under-18 Team coaching staff, including head coach Michael Dyck and assistant coaches Mario Duhamel and Dennis Williams, provided input into the final player selections.

NEWS | 2️⃣2️⃣ players will wear the 🍁 in the Czech Republic and Slovakia as @HC_Men chases another gold at the #HlinkaGretzkyCup.

Canada will face off against Slovakia in pre-tournament action on Saturday, August 3 in Piestany before moving on to Breclav, where it opens the 2019 Hlinka Gretzky Cup against Finland on Monday, August 5 at 7:30 AM MT. All Team Canada tournament games will be broadcast by TSN and RDS; please check local listings for details.

In 2018, the tournament was rebranded as the Hlinka Gretzky Cup and co-hosted by Edmonton and Red Deer, AB. Oil Kings defenceman Matthew Robertson and forward Josh Williams were members of Team Canada which captured gold on home ice at Rogers Place, defeating Sweden 6-2 in the gold medal game.

Canada has won gold 22 times in 28 years of summer under-18 competition, along with two silver medals and one bronze.

For the complete Team Canada roster ahead of the 2019 Hlinka Gretzky Cup, click here.